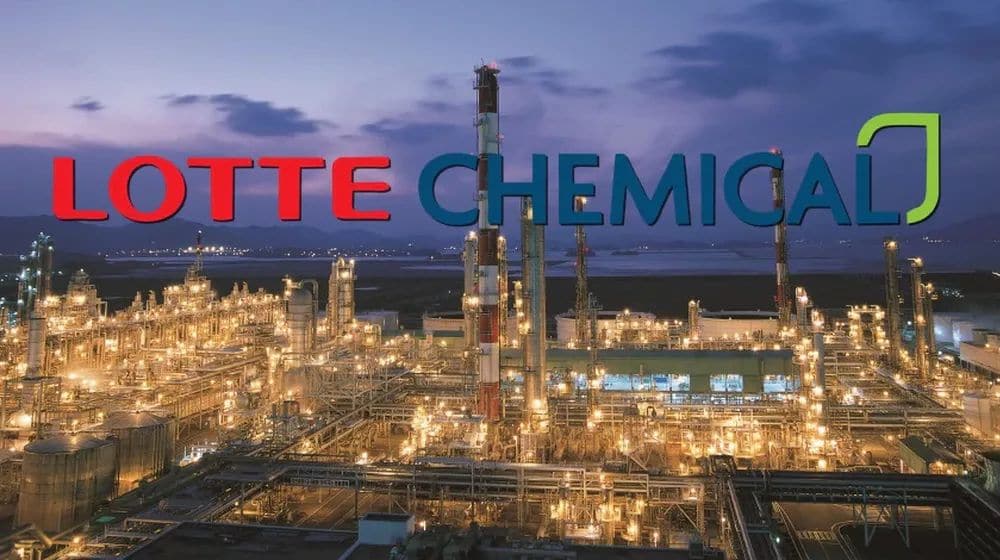 Lotte Chemical Pakistan Limited turned to profit with earnings of Rs 412 million, up by 27.55% by December 31, 2017, according to a bourse filing on Friday.

Punjab’s Cement Industry to be Regulated After 29 Years

The company also announced a cash dividend Rs 0.20 per share.

Lotte Chemical also reported a revenue increase of 6.47% to reach Rs. 37.034 billion, up from Rs. 34 billion during the same period last year.

The company’s Gross Margin saw a 69% rise during the period, clocking in at Rs. 1.197 billion during the year under review. LOTTE releases on the exchange show a decent performance during the year ending December, 2017.

Lotte Chemical Pakistan Ltd. (LCPL) is a manufacturer and supplier of Purified Terephthalic Acid (PTA). With a plant at Port Qasim, it has a capacity to deliver 500,000 tons of PTA annually. PTA is the primary raw material for producing Polyester fiber, Polyester filament yarn, Polyester film and Polyethylene Terephthalate (PET).