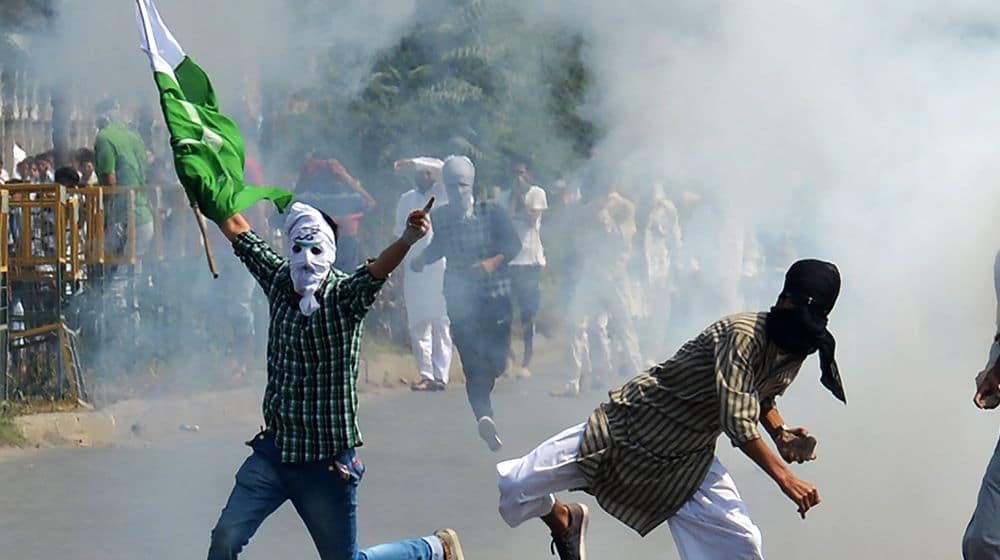 These are the slogans raised by every Kashmiri to tell the Indian government and armed forces that they will never back down from their right for a free Kashmir.

5th February is observed as Kashmir Day to show solidarity with the Kashmiris who are fighting for their rights against the atrocious Indian armed forces. The day holds significance for Pakistanis as they give out a loud and clear message to India and the world that Kashmiris are not alone in their fight against injustice, oppression and genocide being carried out openly by the Indian forces.

Rallies were conducted all across Pakistan on Monday to show solidarity with the people of Kashmir.

Pakistanis praised the efforts of the Kashmiri mujahideen and social media was flooded with messages of peace, hope and justice for our brothers and sisters from Kashmir.

Here’s what the people were saying to show their solidarity with Kashmiris.

A day to remember the greatest freedom struggle in recent times.A day to reiterate our solidarity with the sacrifices of the brave Kashmiris for self-determination.A day to expose the dark face of india to the world#KashmirSolidarityDay#Kashmirispakistan pic.twitter.com/tFyLfB7VCq

Indian brutalities need to be stopped.

In #Kashmir
Indian Army arrest, kill, rape Kashmiris on daily basis, blind them with pellets, disgrace them with house searches, torture them in custody and disappear their dead after killing them…#KashmirSolidarityDay#KashmirMatters pic.twitter.com/zrl6s5RDZu

The spirits of Kashmiris and Pakistanis are higher than ever.

I cried while watching this video, see the love of the people of #JammuKashmir for the Pakistan. This is a slap on 8 lac militants of Indian Army. India can kill Kashmiris but can't kill their spirit and passion for the freedom and Pakistan.#KashmirSolidarityDay pic.twitter.com/cQ1HdLrJsK

Their pain is our pain.

They will retreat, soon.

Indian militants can never challenge the determination of Kashmiris.

Not just Pakistanis, Indian Sikhs fighting for Khalistan have also extended their support for Kashmir.

The international authorities need to stop the massacre of innocent Kashmiris.

Freedom is the basic right of everyone. On Kashmir Day, I stand with all the men and women of Kashmir who have bravely stood up for their rights. Kashmiris are not alone in their struggle. #KashmirSolidarityDay

Every Pakistani is united in the Kashmir issue.

Today residents of Mastung, #Balochistan along with civil society conducted a rally to show solidarity with Kashmiri peoples. Slogans against atrocities of Indian Army in IOK were raised. #KashmirSolidarityDay pic.twitter.com/D8r5PMHg6Q

KASHMIRIS ARE NOT ALONE IN THEIR STRUGGLE FOR FREEDOM, EVERY PAKISTANI IS WITH THEM. #KashmirSolidarityDay