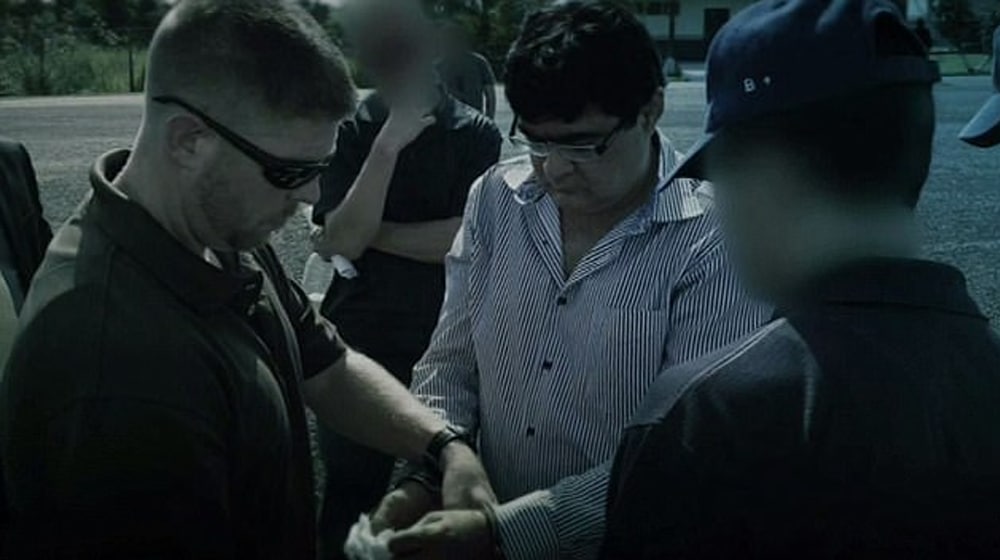 This is the story of how one of the most wanted criminals was apprehended by the authorities using public money as bait.

Altaf Khanani, of Khanani and Kalia International (KKI), was arrested last year and sentenced for being one of the world’s biggest and most wanted money launderers. He became notorious for his money “shifting” business as he was able to transport billions of dollars throughout the world for a certain fee.

His company, KKI, was regarded as one of the largest and most sophisticated exchange companies in Pakistan.

The US Treasury department believed that his clients included Chinese, Mexican and Colombian organised crime groups and designated terrorist organisations.

His intellect and influence made him one of the most powerful people in Pakistan, before he was arrested abroad after a sting operation by international investigators.

Altaf Khanani was renowned for being a brilliant strategist. He was also very careful and elusive with his operations.. until a trap was prepared for him.

Here’s the story of how he was eventually caught.

Man Arrested at Karachi Airport for Drugging and Looting Passengers

$1 Million Worth of Taxpayers Money

Altaf Khanani centered his dealings around Karachi and Dubai. He chose these two places where the authorities were inattentive, and he successfully evaded capture for so many years – until he was eventually lured and caught off guard by the American Drug Enforcement Administration in Panama back in 2015.

Khanani could recall large volumes of transaction data by heart, an ability that astonished even those who investigated him.

The scheme to trap Khanani was lead by Richard Grant, who headed covert investigations at the Australian Crime Commission. He asked for around $1 million of Australian taxpayers’ money in order lure Khanani into meeting him.

To trap him, Grant made up a fictitious drug cartel which needed Khanani’s help to launder and legitimize ‘their black money.’

KKI relied on the hawala system to launder money.

The plan was risky. The $1 million that they had collected could easily be lost, and that too with someone who was known to be notoriously elusive.

In order to arrest Khanani, they needed to prove his crime and catch him red-handed while laundering the $1 million they had put aside for the task. But first, they needed to build trust.

Grant enlisted the help of other law enforcement agencies worldwide, and set several traps – one of them took place in a parking lot in New Jersey, in which $100,000 was dropped.

The $100,000 – excluding Khanani’s commission – was cleaned and paid by Khanani’s handler in New Jersey..

Pakistani Employee in US Congress Arrested Over Alleged Bank Fraud

The series of traps had to be continued in order to build Khanani’s trust, money drops were kept on in other cities and each time, the money would return all cleaned and whitewashed.

It was time to finally arrest Altaf Khanani, the agents had the evidence they needed to prove his crime to the courts after recorded transactions between the fake “drug cartel” and Khanani.

The final step was to lure him out in the open, away from his hideouts in Karachi and Dubai. For this, the agents chose a place where he could travel with ease.

Once we went to the lure and capture phase, we had to find a place that Khanani would be comfortable travelling to.

The “cartel bosses” called Khanani over Skype and asked to meet them in Costa or Panama. They told him that they “want to know who they’re dealing with”. Much to their surprise, Khanani replied,

I can come there, easy.

Excited to meet the big ring leaders, Khanani traveled to meet them. He was oblivious of the fact that a team of agents were waiting for his arrival. The team arrested Khanani on the spot where the $1 million deal was supposed to take place and he was extradited to the US. After a trial, he was sentenced to jail for 5 and a half years in April last year.