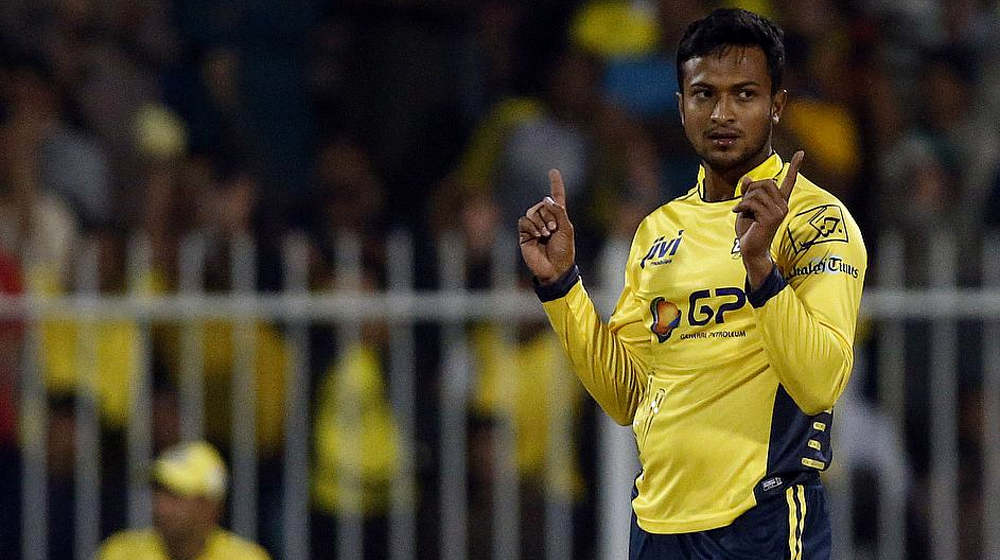 With Pakistan Super League (PSL) 2018 right around the corner, the competition and Peshawar Zalmi have received devastating news that Shakib Al Hasan has pulled out of the competition.

The news surfaced only days before the start of the tournament that Shakib sustained a hand injury due to which he will not be able to feature in PSL’s third edition.

The top seeded all-rounder across all formats played a crucial role for Peshawar Zalmi in the last PSL campaign. Due to his vital contribution with the ball and bat both, Zalmis were crowned the champions.

Ignored: 18 Local Players Who Could Have Made an Impact in PSL 2018

The official replacement for Shakib Al Hasan has also been announced.

Bangladeshi all-rounder Shakib-al-Hasan will not take part in #HBLPSL 2018 due to a hand injury. Shabbir Rahaman from Bangladesh joined @PeshawarZalmi as Shakib's partial cover. pic.twitter.com/1zpfgZTKrB

The third edition of PSL will kick off from 22nd February, where Peshawar Zalmi will look to defend the title. However, Shakib’s absence has put their hopes and dreams in a mix.

The opening match will be held on Thursday between the defending champions Peshawar Zalmi and newcomers Multan Sultans.

The teams have all reached the venue for the tournament, which comprises of local and foreign stars.