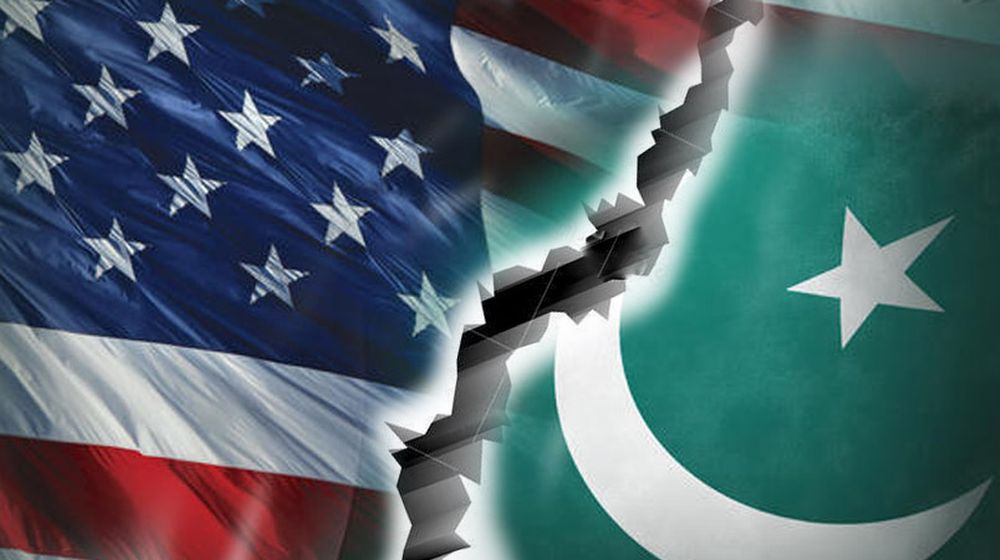 Pakistan has been placed on the watchlist of FATF and it has until June to sort matters out.

There has been a lot of speculation about Pakistan’s inclusion in the terror financing list issued by the Financial Action Task Force (FATF). During recent days, many media outlets reported that Pakistan hasn’t been included in the grey-list of the FATF while others reported the opposite.

It can’t be said that both news were not authentic. Pakistan did manage to remain out of the list of terror-financing economies initially. China, Saudi Arabia and Turkey supported Pakistan and opposed the bill that aimed to put Pakistan in the grey-list. However, United States pressed on its anti-Pakistan agenda and managed to get an unprecedented re-vote on the bill by lobbying countries against Pakistan.

Media reported that on the second vote China and Saudi Arabia, both known as Pakistan’s strongest allies, decided to remain silent. Turkey, however, did stand by Pakistan’s side and opposed the bill again. Saudi backed out first followed by Beijing.

Turkey’s support didn’t prove enough for Pakistan. FATF announced that Pakistan has been placed on the grey-list of FATF that watches the countries that lack proper efforts to track terrorist financing. Pakistan will be included in the grey-list in June, 2018. So, how bad is it for Pakistan’s overall image and most importantly its economy? Lets have a look.

We will start with what FATF is and what are its responsibilities.

FATF is a global task force which was formed in 1989 by different countries to combat money laundering, terrorist financing and other illegal activities related to international financial system.

FATF has issued a series of recommendations that, when followed, will help stop money laundering and terrorist financing.

The task forces monitors financial transactions of countries worldwide, reviewing if they have taken the required steps against curtailing the flow of funds to blacklisted organizations i.e. mafias, terrorist outfits, banned groups who face economic sanctions from UN-member countries.

Based on these facts, FATF releases a list of countries after its review and sorts them according to their performance against activities they have deemed illegal.

What is the Grey-list?

Pakistan was on this list previously for three years between 2012 and 2015. The task force recognized Pakistan’s efforts and removed it from the grey list in 2015.

However due to the tensions between United States and Pakistan, and considering the influence that US has on other countries, Pakistan has been placed in the grey-list yet again, which will be effective from June this year.

Other countries, apart from Pakistan, included in the list are; Ethiopia, Iraq, Yemen, Serbia, Syria, Sri Lanka, Trinidad and Tobago, Tunisia, and Vanuatu.

Pakistan’s inclusion has raised a lot of concerns in the country and has hinted at a propaganda against Pakistan. Reason behind this is that FATF evaluates country’s financial system to determine if they are to be included on the blacklist. However, this time, no such evaluation was done and FATF just acted on United States of America’s proposal with the backing of France, Germany and Britain.

Financial Adviser to the Prime Minister, Miftah Ismail, says that this is nothing but a politically vindicated move by USA. According to him, Pakistan has made conspicuous efforts to fight money laundering and terrorist financing, but instead of supporting Pakistan, countries are lobbying against it.

What do [they] want? They just want to humiliate Pakistan. Pakistan is not a big money launderer. If they were bothered about terror financing, they would work with us, they would see how much we have done and [what more] we will do till June.

What Does it Mean to Be in the Grey List?

Inclusion in this list is not good for any country especially a country like Pakistan whose global reputation continues to suffer. Firstly, Pakistan’s inclusion in the terror financing list portrays a negative image to the world.

Secondly, it also conveys the impression that a country’s financial system is weak and effective measures aren’t being taken to halt money laundering or financing groups that have been banned for indulging in terrorist activities.

But the most important reason? It is bad for the country’s economy. Countries placed on these lists see a decrease in foreign investment and foreign companies hesitate to invest considering the potential ties to terrorist activities. It is bad for the reputation of other companies as well. No company wants to be doing business with a country that has possible ties with terrorist funding activities or lacks a process that prevents such activities.

Apart from this, it will be difficult for Pakistan to get foreign loans from IMF, World Bank or Asian Development Bank etc as well. It could also prove hard to raise debts from international markets. Foreign banks (like Standard Chartered) may also decide to pull out, hitting the financial sector of Pakistan.

Financial Adviser to the Prime Minister is of the opposite view, however. Miftah Ismail says that FATF’s decision will not have any significant effect on country’s economy. Talking to a local media channel, Ismail said;

Nothing is going to happen before June… [but even then] nothing really will happen to Pakistan. It is not a big issue.

Implications for Pakistan and How can We Get Out?

Pakistan, for now, has been placed on the watchlist until June. It is believed that Pakistan was included in the list because Jamaat-ud-Dawa and Falah-i-Insaniyat Foundation, both of which are designated as terrorists organizations by United Nations, are allowed to work freely in the country.

Pakistan roughly has three months to devise an action plan against money laundering and terrorist financing. The news doesn’t end just here. If Pakistan fails to satisfy FATF with their devised strategy, then Pakistan will be placed on the blacklist. Blacklisted countries are those that are unwilling to fight money laundering and terrorist financing.

In case Pakistan is placed in the blacklist in June, it could have an almost irreversible impact on the economy. Recently, Pakistan’s image has improved overall and several big companies have announced their intentions to invest in the country (the auto and telecom sectors being a prime example of this). In case Pakistan is blacklisted, we might see these companies step back and not invest here at all.

If Pakistan develops a report that shows how it is going to fight against these activities then hopefully it will be removed from the grey list.