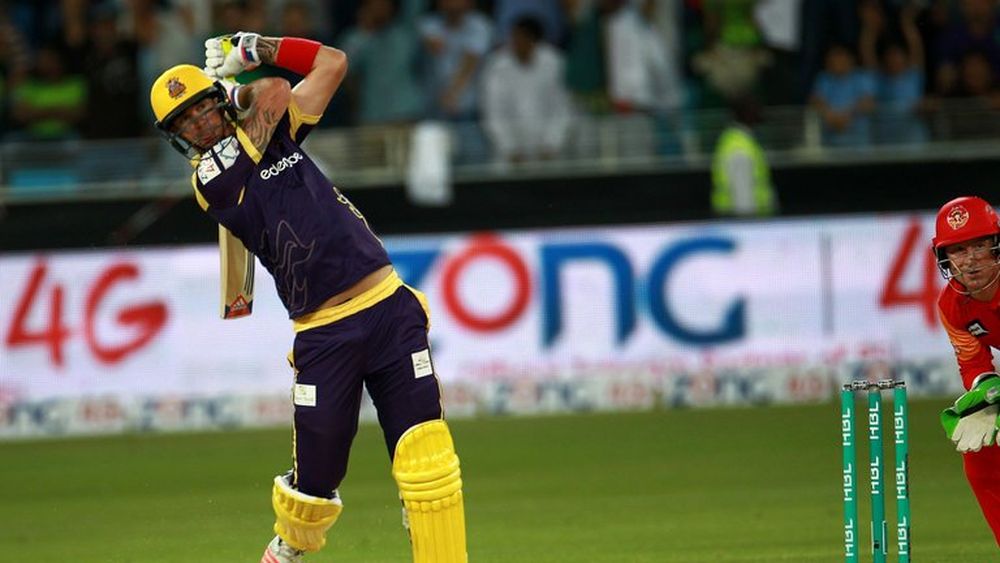 In a mid-table clash, Quetta Gladiators came out on top as Islamabad United were left clueless by Quetta’s accurate bowling, brilliant fielding and a well-paced chase.

Islamabad United’s top order failed to provide a solid start as Chadwick Walton and Asif Ali were back in the pavilion within the first 5 overs at a team total of 25. Luke Ronchi took the attack to Quetta’s bowlers, however, JP Duminy, who joined the team on Tuesday, couldn’t get going.

Misbah-ul-Haq, who played the first match of the tournament, scored 22 while Faheem Ashraf fired 21, but the team could only manage a below-par 134.

Quetta Gladiators did the job with the bowl and in the field, restricting Islamabad to 134/7 in 20 overs.

A target of 135 at Sharjah was never going to be a tough chase for a strong batting unit like Quetta Gladiators who got there with ease. Despite some early scare, Kevin Pieterson and Mohammad Nawaz were calm enough to chase down the target with 6 wickets in hand.