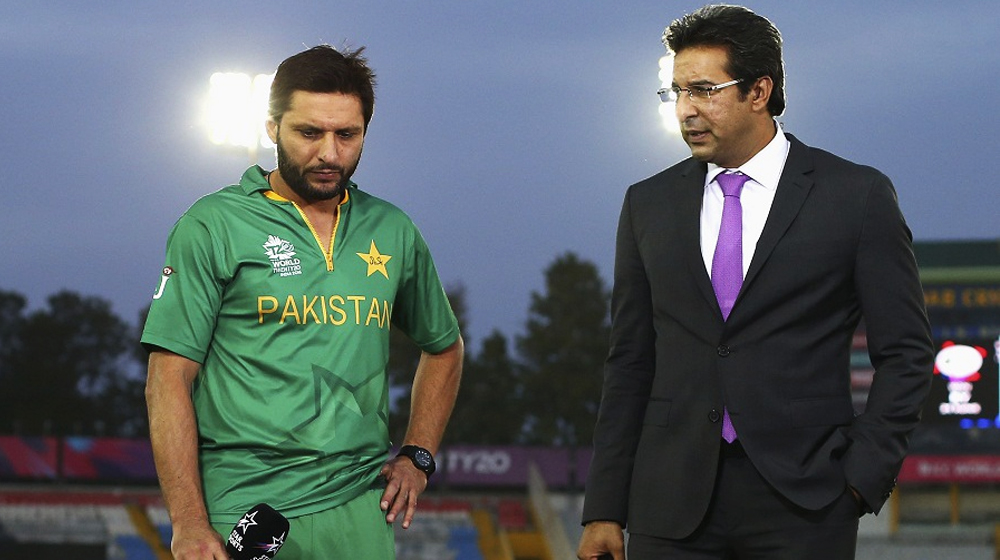 Featuring in Pakistan Super League’s (PSL) third edition has sparked rumors of Shahid Afridi’s return to the national side.

The former Pakistani captain is showcasing his quality in the PSL with the ball and also in the field. Earlier this season, Afridi took a catch which is tipped to be one of the best catches of the season.

Afridi said that he is currently only playing cricket for the fans and the charities.

Speaking about the domestic league, he said:

One of the main reason behind PSL is to bring out new talent. Boys who don’t get the opportunity to showcase their potential in the domestic setup join franchises to show their talent, but I have not seen any special talent up till now.

Using the interview as an opportunity, Afridi urged all the people in UAE to visit the grounds and support the teams.

I believe the first two seasons were very good, in this season so far fan turn out is a bit low. There should have been more marketing for PSL to get more crowd in the ground. I request fans to come to the stadium and enjoy cricket.

Responding to a question, the all-rounder said that he’s enjoying playing for Karachi Kings and Imad Wasim as the captain.

He doesn’t take all decisions by himself, he listens, he is taking everyone along, there were two-three times when the pressure was on him but he remained relaxed.

Karachi Kings will be playing their next match against Multan Sultans on Friday (today).