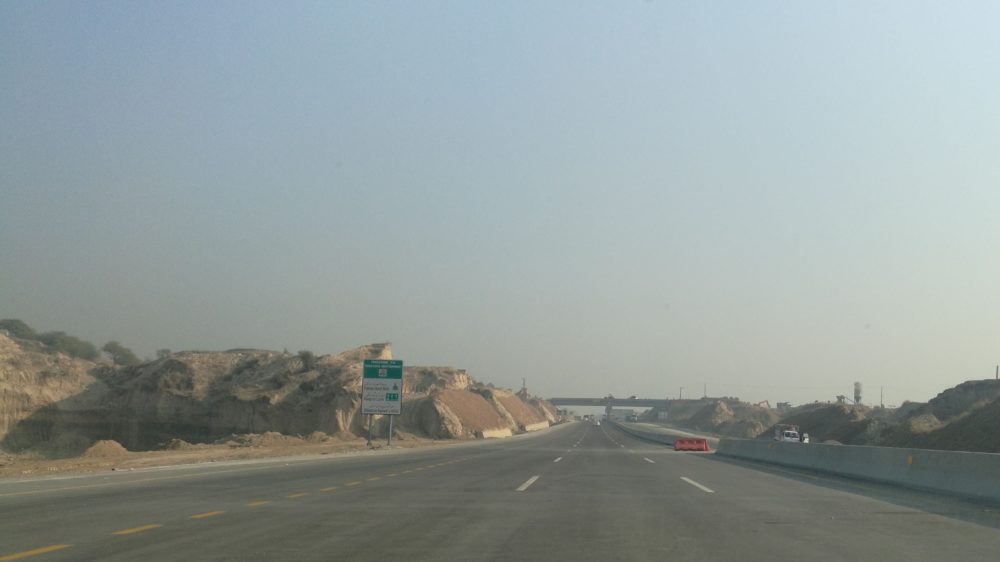 National Highway Authority (NHA) failed to satisfy the Senate Standing committee on Communications for awarding work of Multan-Sukkur Motorway, executed under the China-Pakistan Economic Corridor (CPEC), to a Chinese company at Rs 294 billion against the engineering estimates of Rs 248 billion.

The parliamentary panel also raised concerns over neglecting the western route under the China Pakistan Economic Corridor (CPEC), while saying that Rs 5 billion is being earmarked for the last three years for land acquisition, but a not single inch has so far been acquired.

The committee met with Daud Khan Achakzai in the chair, where Jawwad Rafique Malik chairman NHA briefed on different matters including the Multan-Sukkur Motorway.

The committee was informed that the China State Construction Engineering Corporation has been awarded the contract for Multan-Sukkur Motorway (392 KM). The work commenced on 5th August, 2016 with a completion date of 4th August 2019. The contract cost is Rs.294.352 billion. The progress of work at present is 43% and 19,000 Pakistanis have received jobs.

“The original bid of M/s China State Construction Engineering Corporation was Rs 406.332 billion. However, the finalized price was Rs.294.352 billion. In this manner, a total saving of Rs.111.98 billion was achieved,” said the NHA spokesperson.

The committee was further informed that during the deliberations, a reduction in the bid price of Rs 19.047 billion was obtained from the bidder on account of exemption from customs duties/ taxes on equipment and construction materials.

However, committee members objected to why negotiations were only held with one company and no other bidders. NHA informed that as per the PPRA, negotiations are not allowed with any bidders, but this was held on technical basis. The revised PC-1 of Rs.298.008 billion, envisaging such an exemption, was approved by ECNEC on 19th December 2015.

The government of Pakistan initially granted a reduction in the customs duty for the import of equipment/ machinery for Rs 8.149 billion and an SRO was issued by FBR on 27th July 2016.

The government of Pakistan has now approved the 2nd part i.e. set off in the customs duty for Rs.10.898 billion for import of construction materials in ECC meeting held on 22nd December 2017 – issued on 24th January 2018.

It may be clarified that this is not a case for exemption of customs duties etc. the contractor has been given a set off of Rs.19.047 billion, already taken from the bid and once this amount gets exhausted the bidder will be paying for any duties/ levies etc to FBR.

GOP has retained a lump sum amount of Rs.19.047 billion against customs duties, levies and other relevant taxes on goods/ materials to be imported and the contractor will be allowed set off against these amounts when imports take place.

From the above, it can be concluded that had this set off not been granted, an additional of Rs.19.047 billion would have been added to the loan thus increasing the loan and interest amount, NHA officials added.

They further said that the contract was processed and awarded as per the prevalent rules and regulations with total transparency and there is no question of violation of any rule in this regard.

However, NHA failed in satisfying the parliamentary panel and the matter has been delayed until the Senate elections.

The committee was further informed that Prime Minister had directed NHA to conduct the feasibility study for the construction of 200 km Bajour-Zhob link road to connect CPEC western alignment. The project is reflected in PSDP 2017-18 with an allocation of Rs 250 million. Furthermore, FATA secretariat has been consulted and feasibility study for FATA expressway (933 km) is under process and Bajour-Zhob is a part of it.

Rafique Malik chairman NHA assured the committee that they will try to submit PC-1 to the Planning Commission and execute the 200 km portion in the next financial year.