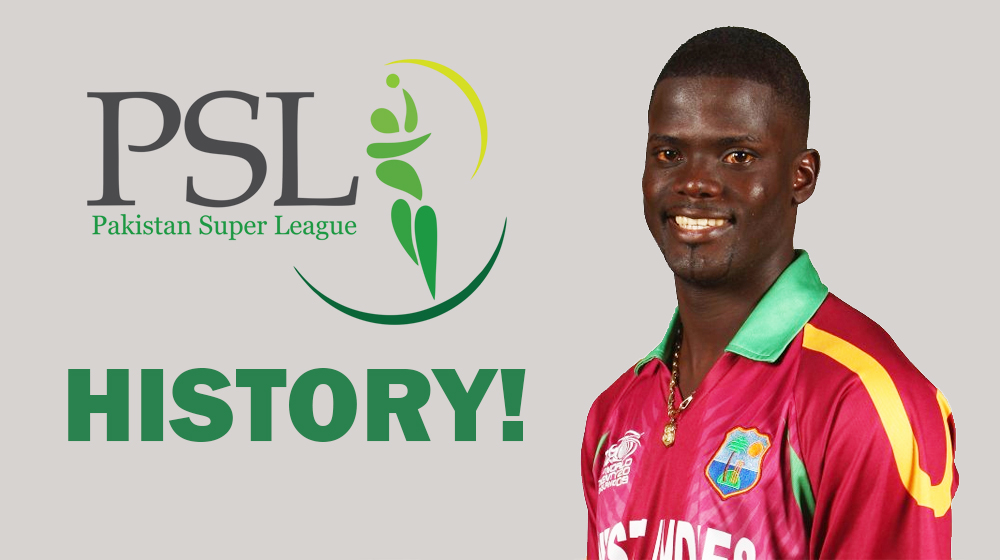 Playing his first game of the season, West Indian star Andrew Fletcher has hit the biggest six in PSL history.

Fletcher faced Mohammad Irfan in the second over of Peshawar Zalmi’s batting and with the ball half pitched, it was perfect opportunity for him to smash it out of the park.

The ball not only crossed the boundary but ended up into the third tier of the stands.

Fletcher’s monstrous hit — registered at a stunning 114 meters — became the biggest six in the history of the tournament. Previously, Joe Denly’s 104 meter hit a few days ago was the joint-biggest six.

Here’s the clip which made the history:

Despite Fletcher’s efforts, his side lost the match by 19 runs. Maqsood’s unbeaten 85 off 42 for Multan was nominated as the man of the match performance.

You can read more details about the match here or watch the highlights here.