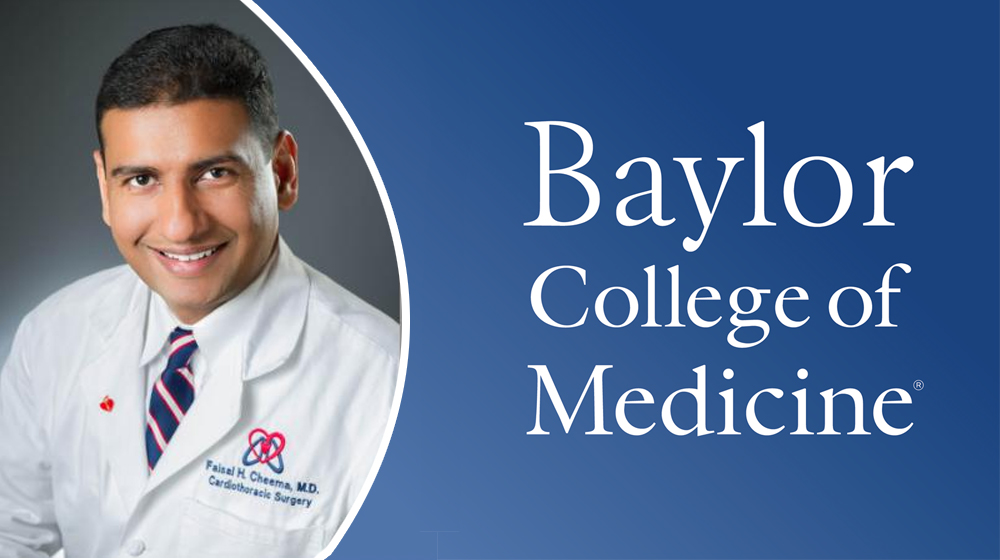 Dr. Faisal H. Cheema has been awarded $4 million to lead his innovative research on heart transplantation.

Dr. Faisal H. Cheema – a physician-scientist from Pakistan – along with his colleague, Dr. Jeffrey A. Morgan have received $4 million worth of funding to lead cutting-edge heart transplantation research.

The fellow scientists are faculty members at the Baylor College of Medicine and Texas Heart Institute in Houston. The funds have been awarded by the Brockman Medical Research Foundation. Their research will explore the feasibility of using hearts for transplantation after circulatory death.

“Circulatory death” means that an organ has become irreversibly expired. If the research bears fruit and actually puts expired hearts to use, it could mean a major medical breakthrough as the number of donors in the world will eventually increase and more heart transplantations will be possible.

Only 3,000 heart transplantations have been performed annually across the globe.

According to the Baylor College of Medicine, thousands of heart patients die while waiting for a suitable heart to be found and this research will make heart transplantation possible for them.

Thousands of people with end-stage heart failure who are on the waitlist for receiving a heart transplant never end up getting it.

Their research aims to preserve a heart after its circulatory expiry so that it can be safely procured from a donor and transplanted into a patient. Dr. Cheema, the lead-scientist, stated,

Our primary objective is to increase the number of heart transplants that we can perform by increasing the number of available donors. Our research will investigate the safety and efficacy of a technique that has the potential to enable us to use donor hearts that are currently not used.

Hailing from Wazirabad and Hafizabad, Dr. Faisal H. Cheema got his primary education from Crescent Model School and the Government College in Lahore. He then moved to Karachi to pursue his medical education at Aga Khan University.

To train further, he moved to the United States after graduating and worked at several universities including Loyola University, Columbia University, University of Maryland, John Hopkins University, and University of California Berkley before becoming a member at Baylor College of Medicine and Texas Heart Institute in Houston.

Furthermore, he has been involved with numerous academic, philanthropic, community and professional organizations and also served as the Ivy-League Columbia University Senator. He established the Committee for Young Physicians within Association of Physicians of Pakistani descent of North America to nourish future aspiring physicians. He chaired the Association for more than a decade and has a close passion for mentoring medical students and helping them pursue their medical careers in the US.

He has also collaborated with several Pakistani institutes and is working to bring his end-stage heart transplant research to the motherland.