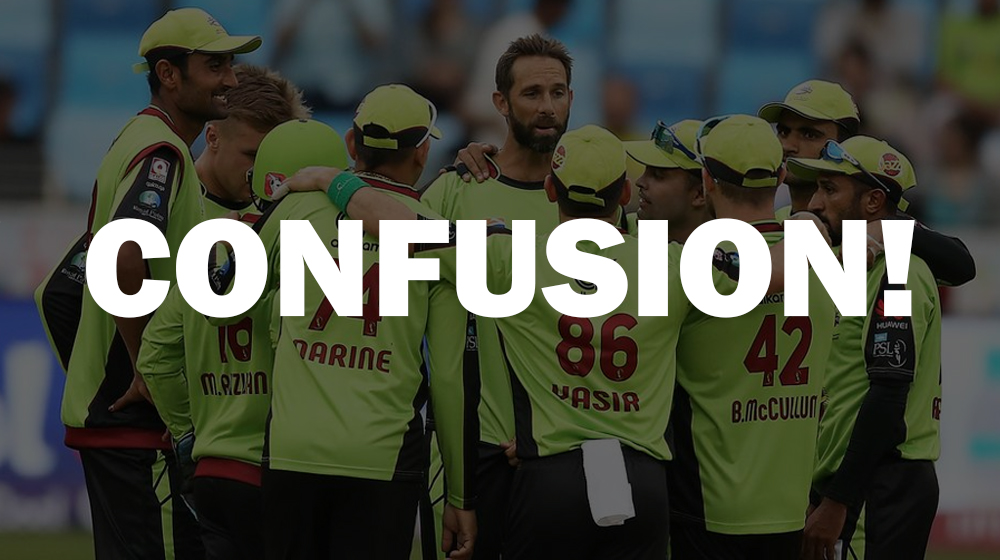 From celebrations to misery in a matter of minutes, Karachi Kings fans faced a huge roller coaster ride in the game against Lahore Qalandars on 11th March.

The confusion, however, has been vindicated thanks to a rarely-used clause in the International Cricket Council’s (ICC) playing conditions.

Lahore, seeking only their second win in 2018 edition of Pakistan Super League (PSL), required 3 runs off 1 ball against Karachi.

Initially, Karachi won the match as Sohail Akhtar hit the ball straight to the fielder at long-on.

However, a review by the third-umpire showed that the bowler, Usman Khan Shinwari, had bowled a no ball.

In an ideal case scenario for Lahore Qalandars, the batsman should have been awarded two runs:

However, since the no ball was checked by the third-umpire, it was called out to be a dead ball, according to ICC rule section 2.5.4 under No Balls/Umpire Reviews.

The problem escalated especially since a majority of the people on the pitch did not know about this particular rule. Most players and viewers referred to the general no ball rules where runs taken by the batsman are also counted and complained about the umpire’s decision.

Despite clarifications of the situation, there are still questions being asked by a number of fans, cricketers and coaches.

Lahore, however, did eventually prevail after a miserly Super Over from Sunil Narine. But the odd rule has sparked a discussion throughout.

In a post-match interview, McCullum said:

I still don’t understand the rule.

This is why a solution for calling of no balls or required. If the umpire had called the no ball the batsmen would have run. If it had been a dead ball wasn’t the wrong batsman on strike? Please correct me if I’m wrong

Earlier tweet was about the @lahoreqalandars v @KarachiKingsARY game. If it was a dead ball how were the batsmen allowed to cross and Gulraiz faced the last ball? Confused anyone?

His public crucifixion of ICC rules received some criticism but Kumar’s point remained valid throughout; why did the batsmen cross if the ball was considered to be dead, then?

What Do The Official Rules Say?

PSL and other major tournaments all follow the ICC regulations and according to the rules if a no ball is called on a third umpire review then:

…the batting side shall benefit from the reversal of the dismissal and the one run for the no ball, but shall not benefit from any runs that may subsequently have accrued from the delivery had the on-field umpire originally called a no ball.

The rules also state that:

…where the batsmen crossed while the ball was in the air before being caught, the batsmen shall remain at the same ends as if the striker had been dismissed, but no runs shall be credited to the striker even if one (or more) runs were completed prior to the catch being taken.

Whatever happened today, I’ll be honest, we didn’t know the law. What we thought was since the batsmen crossed. And then there was a no-ball as well, we needed just one run on the final ball. The umpires told us that when they don’t signal the no-ball on the field, and it’s given after a review, the run(s) on the ball aren’t counted.

Sameen Rana also ensured that Qalandars will be working with PSL technical committee to resolve any issues.

Then again, the question was why was Sohail Akhtar asked to go to the other end. And why was Gulraiz Sadaf allowed to take the strike? So there’s this confusion. We’ll also check with the technical committee about it.

To conclude, and unfortunately for Karachi Kings, the right decision was made at the end of the day.