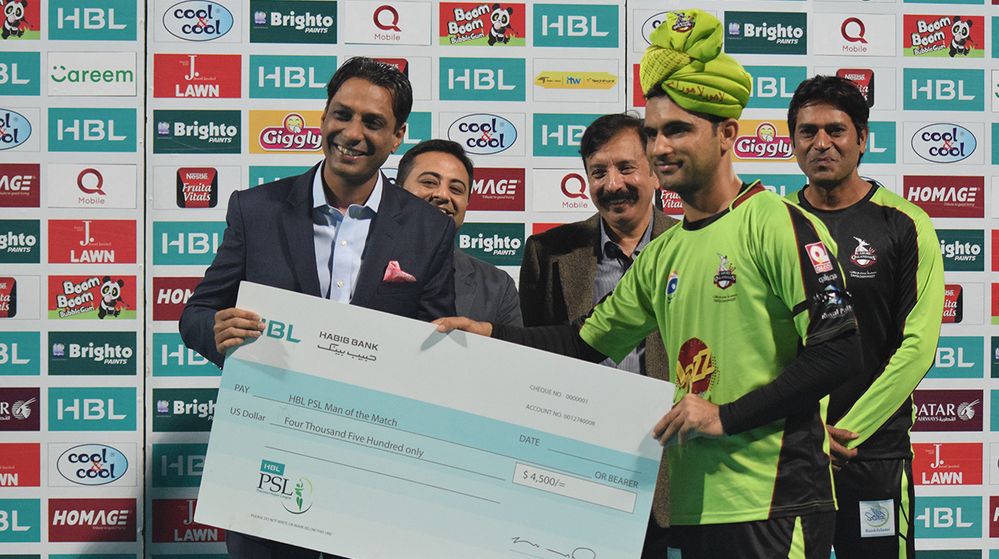 It was carnage in Sharjah as Fakhar Zaman lit the stage with his blistering innings, crushing the hopes of Quetta fans for an easy play-offs place.

It was Fakhar Zaman’s day and everyone knows what he can do. Fakhar smashed 94 off just 50 balls to power the team to 4-186, the second highest total of PSL 3. In doing so, he also posted the highest individual score this year in PSL.

Gulraiz Sadaf (42*) and Sunil Narine (20) played their part in putting a very challenging total on the board.

With the likes of Jason Roy, Shane Watson, Kevin Pieterson and Rilee Rossouw, you could expect a show, but not this time around as Qalandars made inroads after Watson fell at team a total of 52.