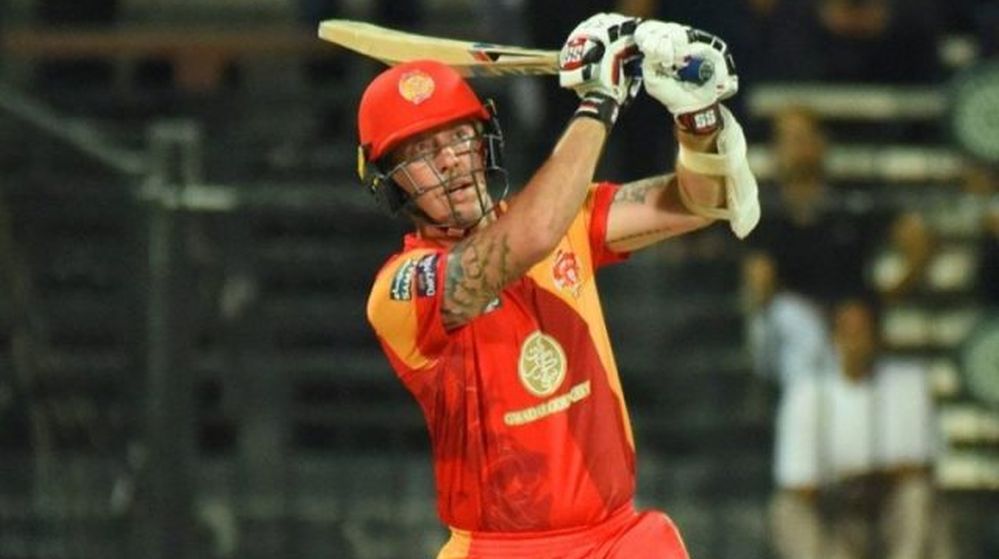 It was carnage in Dubai as Luke Ronchi lit the stage with one of the best displays of powerful strokeplay – scoring the fastest ever PSL 50 – turbocharging his team to the second PSL final.

Karachi Kings were out of sorts right from the word go and Islamabad United were a little too good on the day, defeating the Kings in one of the most one-sided games in PSL history.

A sluggish start from the openers and a double blow early in the innings meant that Karachi had to rebuild the innings. Half-centuries from Joe Denly (51 from 46) and Colin Ingram (68* from 39) made sure that Karachi ended up with a decent total.

Mohammad Sami was the pick of the bowlers taking 2 for 20 in his 4 overs.

Luke Ronchi has been in sublime form in the past few matches and the Qualifier was no different; he thrashed the bowlers all around the park to score a staggering 94 off just 39 balls, thumping Karachi Kings by 8 wickets in the 13th over.

Sahibzada Farhan also looked good for his 29 to add 91-runs with the senior batsman from New Zealand.