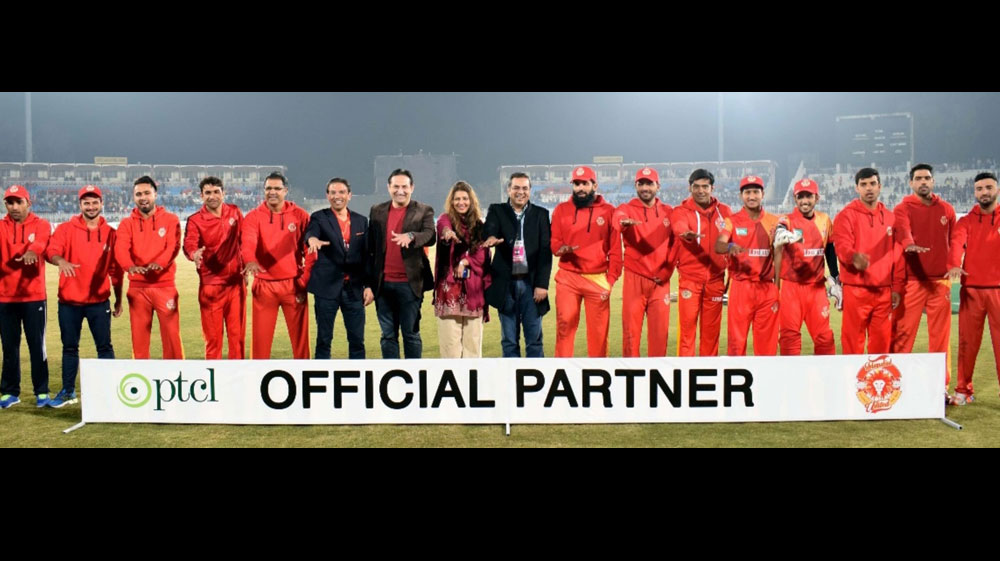 It was heartening to witness the excitement, enthusiasm and emotions of millions of cricket fans across Pakistan connected through cricket and PTCL with Karachi at its center stage.

The Islamabad United team’s performance was remarkable throughout the Tournament, and their victory was an outcome of brilliant cricket played by all its players. “PTCL is proud to be a partner again of the team who has won PSL 2018”, said a statement issued by the company.

With cricket back in Pakistan, especially international players coming to play in PSL3 this time around, it is indeed a victory for the entire nation. PTCL has always played its due role as a national company, supporting national sports and will continue doing so in the future as well.”

“All the sponsors played a vital role in promoting cricket in Pakistan. We would like to thank all our sponsors, in particular PTCL for having faith in Islamabad United team and sponsoring us for the 2nd consecutive year.

Cricket brings a lot of joy and happiness to the masses, therefore we are happy to bring back smiles to the people of Pakistan. True to Islamabad United’s slogan, ‘United we win’.”