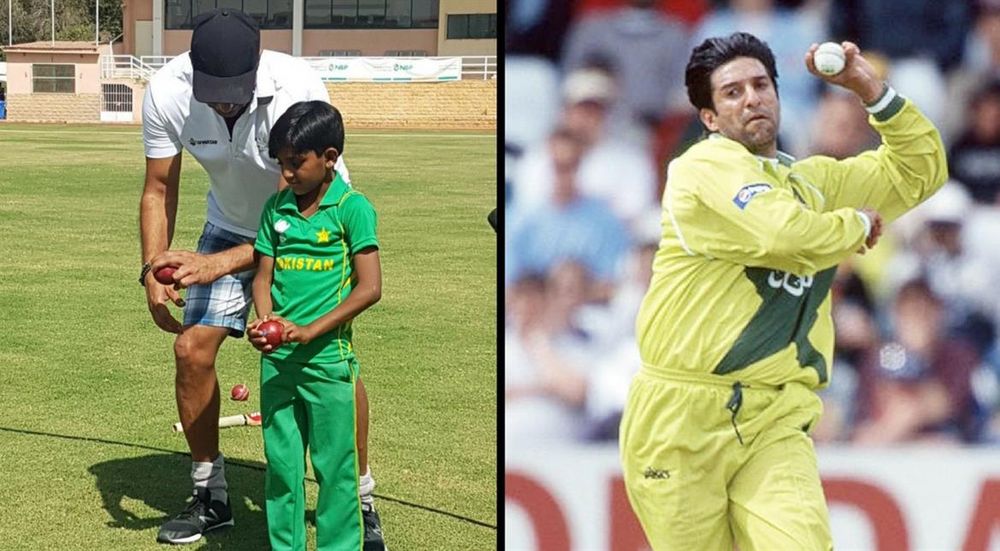 The six-year-old boy who went viral for his bowling finally trains with his idol Wasim Akram.

Just a month ago, a video of a six-year-old fast bowler from Chicha Watni became an internet sensation. This young lad was praised for how he could swing the ball with accurate line and length. The video of his blistering bowling skills reached none other than the greatest left-arm fast bowler, Wasim Akram himself.

At the time, the bowling legend sent out a tweet asking for the whereabouts of the young sensation:

Where is this boy??? We have serious talent flowing through the veins of our nation and no platform for these kids to be discovered. It’s time we do something about it #TheFutureOfCricketIsWithOurYouth https://t.co/ybzd5ASeTx

Thanks to the power of the social media, Wasim Akram was finally able to get in touch with the young prodigy in question. His name is Hasan Akhtar and he just can’t wait to be trained by the bowling legend himself.

Hasan Akhtar told that it was his dream to be trained by Wasim Akram. His wish has been realized as Wasim himself has started to train and share bowling tips with the boy.

Akram was amazed by the immense talent that the young man possesses. He posted their training session on Twitter, giving fans a glimpse of the two of them together:

Really enjoyed myself spending quality time with Hasan, young sensation from Chichawatni . Unbelievable skills at his age remember that he is only six and a half. #brightfuture pic.twitter.com/MDqYS3NJUZ

Wasim was impressed by their time together. He mentions this about their training session as well:

Explaining the importance of front arm. He was all ears 👂 he already knows how to grip the ball for out swing and in swing. Unreal. pic.twitter.com/SUZ4KVcEiA

Just recently, a 6-year-old right-arm leg break bowler impressed the likes of Shane Warne with his swinging skills. Its safe to say that Pakistani cricket’s future is looking bright indeed. All that is needed is to groom and train these young talent with the care and respect they deserve, and hopefully the rest of the pieces will all fall together in line.