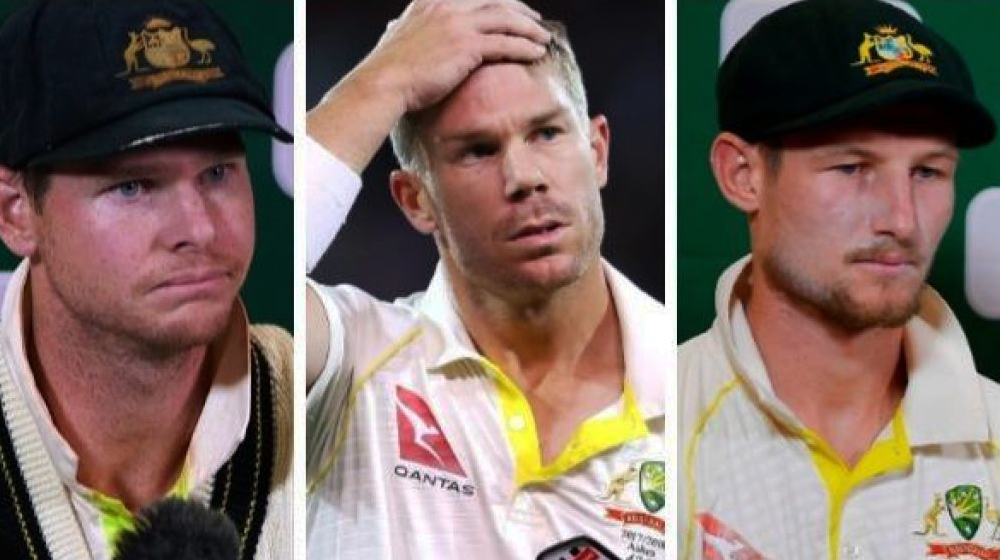 Australian skipper Steve Smith and vice-captain David Warner have both been banned for 12 months for their recent involvement in the ball-tampering scandal against South Africa last weekend.

Cameron Bancroft, who tampered with the ball, has also been banned for 9 months for actively participating in the heinous and planned activity.

It has been reported that all three players will be able to challenge the verdict and the duration of their ban duration “via a CA code of behaviour hearing with an independent commissioner.”

Moreover, Smith and Bancroft have both been barred from leading the Australian cricket team for a period of two years. Warner has a life ban on leading the Australian national cricket team. Both players were already relieved of their duties after the event took place on the third day of the Newlands Test. Warner and Smith did take the field on the fourth day but the team was led by Tim Payne.

The decision has been announced even before the players reached their home country. Smith was due to travel for Sydney later today.

According to the source close to the matter:

The trio have been banned from all cricket except grade, or club, level in Australia and are also barred from the hugely successful – and lucrative – Big Bash League. They are permitted however to take part in the IPL and accept an English county role, if offered.

Steve Smith is set to lose out on $2.4m after stepping down as Rajasthan Royal’s captain. Similarly, Warner will also suffer major financial blows after relinquishing his captaincy of SunRisers Hyderabad.

Australia to Host the Next T20 World Cup

Following the official announcement of their bans, IPL also issued a statement banning both the players as well.

Smith and Warner officially banned from this year's IPL pic.twitter.com/evLfJsp66k

As far as Bancroft’s immediate future is concerned, he is all clear to play for English county in the summer for Somerset. The county side also issued a statement, which read: “…it is important for us to collate all the relevant information before considering our next steps.

There are six questions which still remained unanswered over the matter, which include: