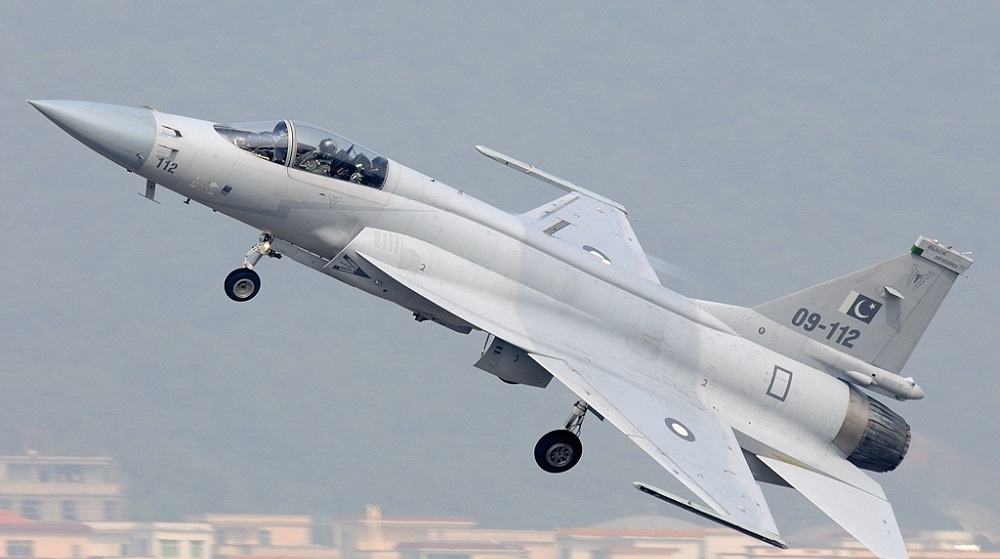 China is adding a new advanced radar technology to Pakistan’s JF-17 that will enhance its air combat capabilities.

More than 20 Asian and African countries are clients of the radars developed by the institute. The radar is ideal for light and medium jets and JF-17 perfectly fits the category. Hu Mingchun, head of the Nanjing Research Institute of Electronics Technology, while talking about the radar in JF-17 said;

Our product will tremendously extend the fighter jet’s detection range, giving it a much longer sight that will help it detect the enemy’s aircraft before they do, and this is very important because in real combat if you see first, you fire first.

The radar is capable of tracking dozens of targets and engaging several of them simultaneously. It also has a good jamming-resistant capacity that keeps the plane away from enemy’s electronic interference.

The KLJ-7A will enable JF-17 and its variants to have a stronger fighting capability at a reasonable cost, allowing the aircraft to compete with or confront expensive Western or Russian jets.

Pakistan Aeronautical Complex and Aviation Industry Corp of China co-developed JF-17 as it is known as FC-1 in China. It is one of the most advanced and widely used fighter jets in Pakistan Air Force fleet.