On the other hand, K-Electric (KE) and Sui Southern Gas Company (SSGC) are busy blaming each other over the issue.

Due to a rise in temperature, the overall demand for electricity has increased. As per KE, at this time, electric demand stands at 2600 MW for Karachi and is expected to rise even more. KE is only able to supply 1750 MW to the city and the shortfall stands at around 850 MW. Due to this, KE was forced to start load-shedding across all commercial and residential areas of the city.

KE sent SMS messages to its customers to inform them about the situation. This is also where the blame game started between the two energy companies (KE and SSGC). 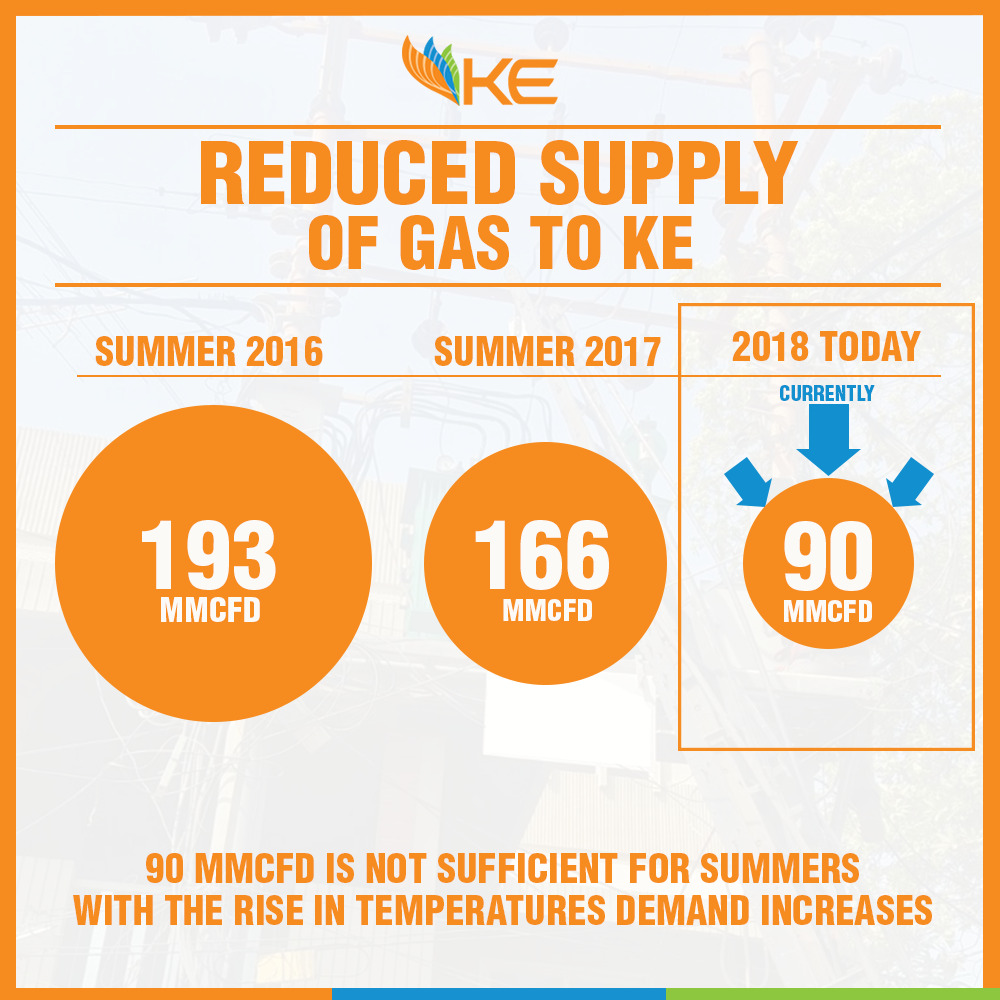 KE spokesperson told ProPakistani that a 500 MW plant is down due to non-supply of gas. SSGC is only supplying 90mmcfd of gas to KE, which is not sufficient to run the plant.

“Last summer, SSGC provided 190mmcfd gas to KE and the shortfall was manageable. SSGC, under the Economic Coordination Committee’s decision, is bound to supply 276mmcfd of gas. KE is not able to run its 500MW plant and this has increased the electricity shortfall,” the spokesperson said.

The spokesperson said that due to the shortfall, KE started load-shedding in the commercial and residential areas.

“KE apologizes to its customers and asks for cooperation. We are in contact with SSGC management for the increased gas supply.” KE spokesperson added.

In its statement, SSGC spokesperson rejects the claim of KE about the gas supply and adds that gas supply was neither curtailed nor increased and supply is maintained on 90mmcfd gas.

“SSGC has a huge amount receivable from KE but in the interest of people of Karachi, supply to KE wasn’t stopped,” SSGC Spokesperson said.

With this, the SSGC spokesperson also admitted that the company is facing a shortage of gas supply from different fields. And as per government policy, domestic consumers’ supply is the first priority and the company is fulfilling this demand.

The dispute between KE and SSGC is not on the supply of gas it is about the payment of the outstanding gas bill.

KE claims that they are paying their gas bills without any gaps between the payments since the last few years. But, they have not paid the outstanding amount.

KE also said that the real amount payable to SSGC is Rs. 13.7 billion and inclusion of other amount is not acceptable.

SSGC, on the other hand, claims that KE has to pay Rs. 79.66 billion. This amount includes the original gas price and interest on late payment. SSGC said that due to KE delaying the payment of the outstanding amount, they had borrowed money from banks and this interest must be paid by KE.