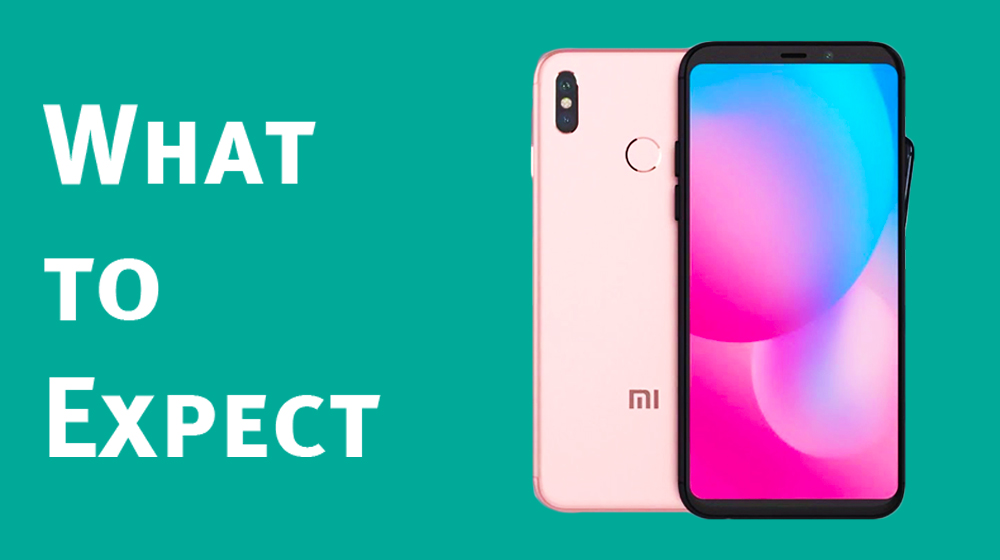 Xiaomi is set to launch its all-new Mi 6X (Mi A2) and its expected to come equipped with some serious hardware for a cheap price. Here’s what we know about it so far.

Xiaomi may have killer flagship devices like the Mi Mix 2S and the upcoming Mi 7, but this isn’t what the company is known for.

The mid-range section is where Xiaomi truly shines with its Redmi and non-flagship Mi smartphones. The rumor mill has spun out new details about the company’s upcoming Mi 6X/Mi A2 phones, and it looks a lot like the Redmi Note 5 Pro.

Last year Xiaomi released the Mi A1, which went head to head with the best mid-range phones in the market, priced at Rs. 30,000 and below. That’s what Xiaomi does best really, it makes bang-for-buck devices and equips them with great hardware for cheap.

Design – Notch or No Notch?

Now, rumors are circulating for a possible Mi 6X, a successor to the mid-range after it appeared in TENAA’s listings. In China, new phones are generally certified by TENAA before being launched. Let’s take a look at what we can expect it to come with.

Several Chinese companies, including Huawei, Oppo, and Vivo made their own notch-phones following in Apple’s footsteps to bring an iPhone X-like design for cheap. Xiaomi has not done the same but is expected to bring a notch to the oncoming Mi 7.

For now, there’s no indication that the Mi 6X will have a notch but a recent teaser revealed that it will have a 5.99-inch bezel-less display with a resolution of 2160 x 1080 pixels. The teaser also confirmed a release date of 25th of April. Mi 6X will be a China-exclusive just like last time, however, its Android One version Mi A2 will be available for global audiences. The main difference between the two is just that Mi 6X will run Xiaomi’s proprietary MIUI 9 instead of stock Android in Mi A2.

The previous model, Mi A1, had Stock Android except for a few apps which were made by Xiaomi – however, both devices looked exactly the same.

Xiaomi Mi 6X is expected to be powered by Qualcomm’s Snapdragon 660 SoC clocked at 2.0 GHz, paired with 4 GB of RAM. XDA-developers got their hands on firmware files of an alleged Mi 6X. They were able to gather the hardware details and have confirmed that a normal IPS LCD panel will be used for the 6X instead of an OLED one.

The software, most definitely, is Android Oreo 8.1 out of the box with the latest MIUI 9 on top in Xiaomi 6X. For the global version, Mi A2, it will run Oreo as well but without skins of any type, it  will also get an update for Android P later on. Android One phones, and other stock Android phones usually get updates faster compared to other phones. While Mi A2 is almost the same as Mi 6X, it will still get updates earlier because its firmware update is handled directly by Google.

The main highlight has to be the camera. The last time, Mi 5X’s best feature was its amazing camera and was probably the best in its class. This time, Mi 6X is rumored to have an excellent dual lens set up consisting of 12 MP Sony IMX486 and and 20 MP Sony IMX376 lenses with f/1.8 apertures.

The selfie camera is made by Sony as well, its a 20 MP Sony IMX376 with a f/2.2 aperture and a front-facing LED flash. Here are the details tweeted by XDA-developer’s editor-in-chief.

Camera sensors for what I believe is the Xiaomi Mi 6X (taken from "camera_config.xml" for code-name "wayne" where TENAA certification code M1804D2SC matches "IS_D2S=wayne"):

It will launch in China on April 25th this year, however, Pakistani users will be able to get their hands on the phone a few months after that, depending on when SmartLink (local distributor) brings it here.

It will surely ship in Pakistan as Mi A2 – the stock Android version – as the Mi 6X counterpart is exclusive to the Chinese market. There’s no word on price, but it might be close to Rs. 30,000 or so.

Are you excited about the Mi A2? Which mid-range smartphone do you think offers the best bang-for-buck? Leave your comments below.