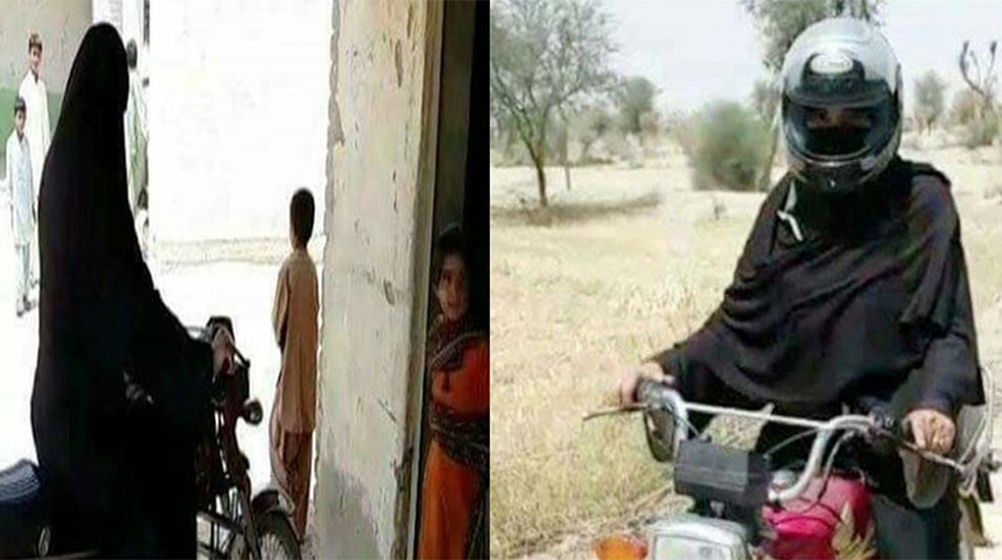 Covered in a veil, the female teacher in Dera Ghazi Khan travels nearly 30 kilometers from her home to school on a bike.

Defying the traditions and breaking the barriers, a female teacher in Dera Ghazi Khan travels 28 kilometers on a motorcycle to her school every day. Mahjabeen Baloch goes against the flow every day to reach her school amid all the opposition from a major portion of her community.

Mahjabeen told that it is her passion to teach the students of ignored and far-flung tribal areas. She is a resident of Basti Sokar area and the school where she teaches at is located in Basti Kaleri – 28 km away from her hometown. 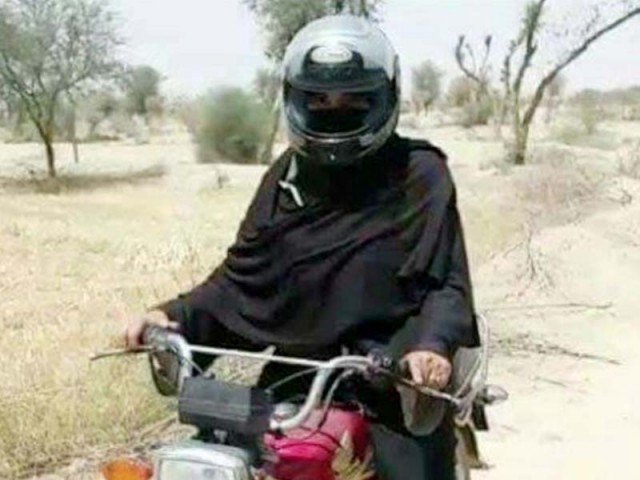 My dream is to educate the children residing in tribal areas. I will do my utmost best to empower the children of South Punjab.

The unparalleled courage deserves huge appreciation because the areas on her way to school are known for extremist elements. Just recently, the security forces killed a number of militants in an operation in the same area.

As the school is located at a distance from Mahjabeen’s home, the area doesn’t have any public transport. The teacher didn’t want this to be a hurdle in her way so decided to opt a two-wheeler to travel. Mahjabeen’s husband, who himself is a teacher, taught her how to ride the bike.

Mahjabeen is also mother to six children and sometimes faces a tough time to give proper attention to her family. She told that she would like to transfer to a school nearby her house to manage her time more efficiency.

Mahjabeen is the only female teacher currently working at the school and the students there have nothing but words of admiration for her punctuality and devotion. It has been six years that Mahjabeen has been traveling to Basti Kaleri on her motorbike.