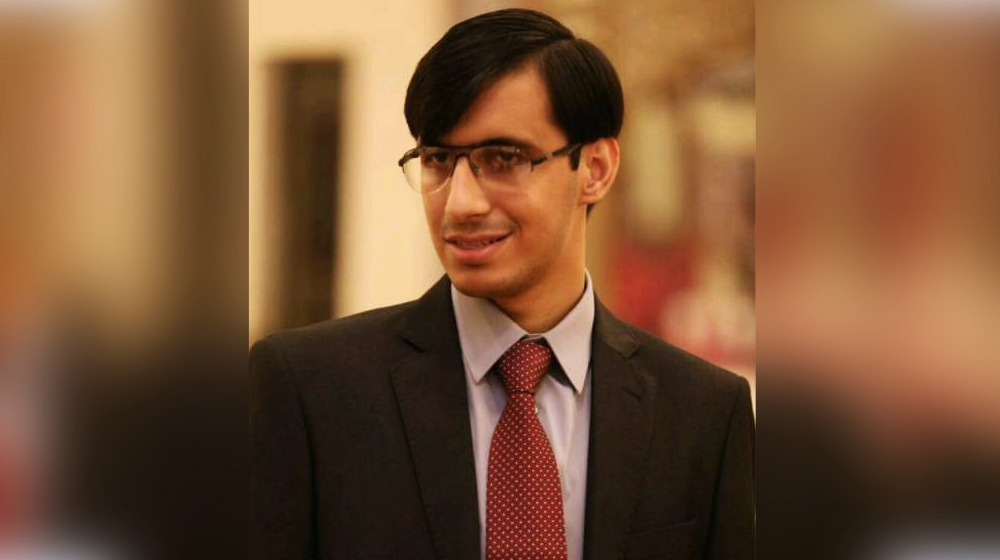 Yousaf Saleem has been recommended for recruitment and will become the first Pakistani judge with visual impairment. He was declined this position before for being blind, but has now been accepted by the LHC after CJP’s intervention.

Yousaf Saleem is a blind law graduate who aims to become a leading judge in the country. He was previously declined the role for being disabled. However, he has now been inducted and recruited as the first blind judge to oversea courts in Pakistan.

The Chief Justice of Pakistan, Mian Saqib Nisar, took notice and observed that a blind person can become a judge if he/she meets the respective qualifications.

This Saturday, Mr. Saleem was welcomed by a letter from the Lahore High Court which read,

You are hereby informed that the Hon’ble Examination Committee for Recruitment of District Judiciary and Lahore High Court Establishment has recommended you for appointment as Civil Judge-cum-Magistrate.

He repetitively proved his outstanding merit and is an LLB Hons. gold-medalist from the University of Punjab. Out of 6,500 judiciary candidates, he topped the exams and was among the 21 worthy candidates who qualified for the civil judge interview. Unfortunately, he was dropped by the interviewers for being visually impaired.

Hon’ble Chief Justice of Pakistan has observed that a person can hold the post of a Judge even if he is blind, provided he meets all the other qualifications. It appears that in this case his fundamental rights under Articles 9, 14 and 25 of the Constitution, the provisions of the United Nations Convention on the Rights of Persons with Disabilities (CRPD), ratified by Pakistan in
year 2011, the 3% quota under the Disabled Persons (Employment and Rehabilitation) Ordinance, 1981, and the jurisprudence developed by the Lahore High Court in PLD 2017 Lahore 406 and PLD 2017 Lahore 1 were not considered by the Lahore High Court.

Yousaf Saleem, son of a chartered accountant, is visually impaired since birth. Moreover, two of his sisters are also blind and just like him, they never let their disability hinder their journey to excellence. Saleem’s elder sister, Saima Saleem is the first Pakistani who completed her CSS back in 2007. Currently, she’s a deputy secretary at PM Secretariat.

His other blind sister is a teacher at a Lahore university and is also studying for her PhD.