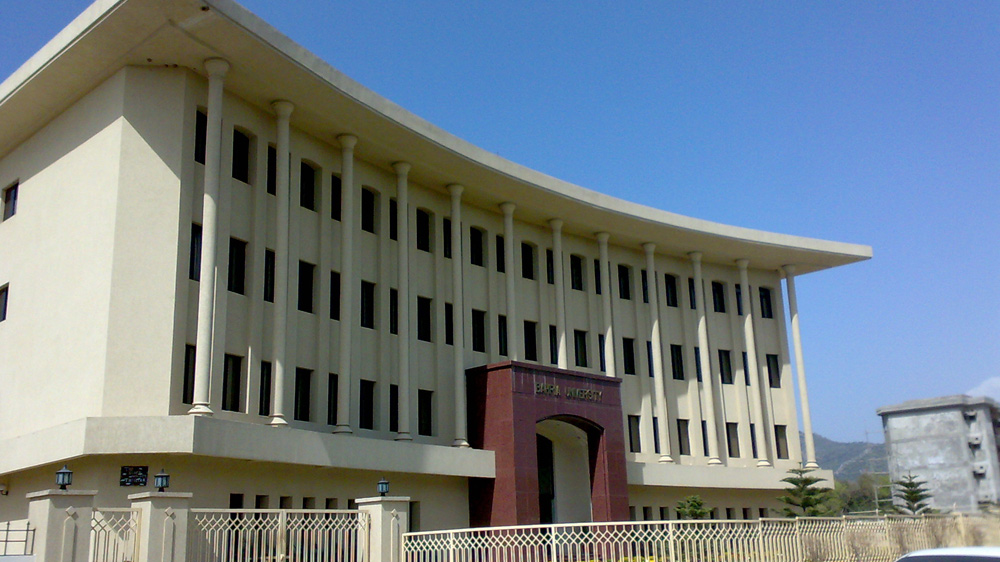 The Federation of All Pakistan Universities Academic Staff Association has demanded Bahria University to take back its “6-inch” rule.

Bahria University recently announced a threshold distance of minimum 6-inches for its male and female students. The administration asked the teachers and students to make sure the distance is ensured at all times.

The rather “bizarre” rule caught the attention and a backlash from social media where people used words like “Insanity overloaded” to describe the university’s announcement.

In the latest development, The Federation of All Pakistan Universities Academic Staff Association (FAPUASA) has urged Bahria University to roll back its decision.

Here is what the notification that Bahira University, in its campuses, circulated says;

All students are hereby directed to strictly abide by the dress code while in university. Instructions have been issued for the disciplinary action against the violators as per the rules. Moreover, Male and Female students are to maintain a distance of at least 6 inches while sitting standing together.

The Association has demanded Bahira University to withdraw the decision and work on students’ character building instead.

This notification, and all such notification in other universities, should be withdrawn immediately.

Tahir Malik, a lecturer at the National University of Modern Languages hinted at another prospect of the whole scenario by saying;

There was a directive from the Higher Education Commission (HEC) to form anti-harassment committees, but most universities have failed to constitute them.

Bahria University spokesperson Mehwish Kamran defended the new rule saying “there is nothing wrong with it.” She added that the specified distance is just the personal space that everyone is entitled to.

What do you think about FAPUASA’s demands? Should the Bahria University administration take back its decision?