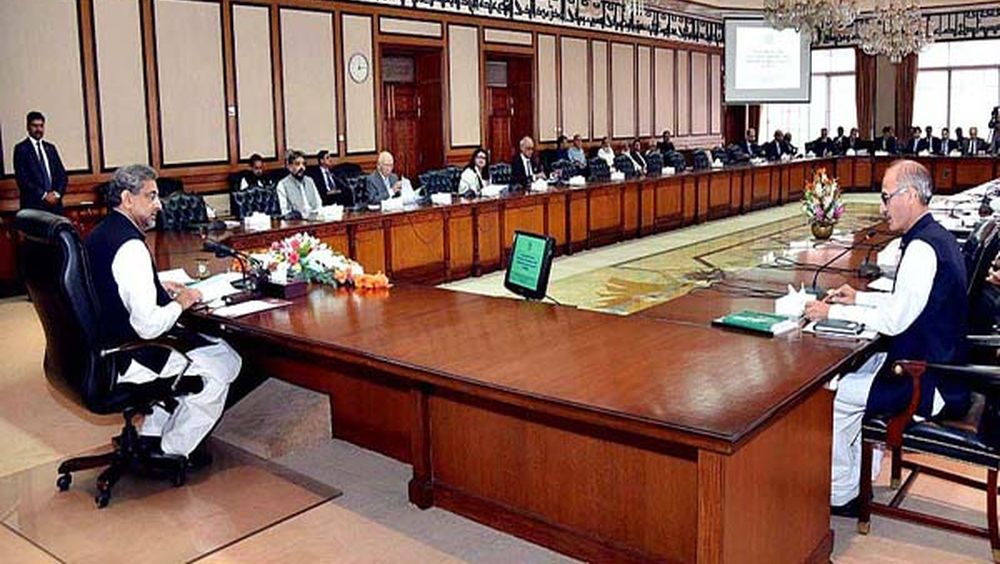 The meeting approved 220 kilovolt (kV) Mastung substation along with 220 kV Sibi-Mastung-Quetta-Loralai double circuit transmission lines at a cost of Rs 14.155 billion. Modified PC-II for the purchase of land for Pakistan Institute of Development Economics in Islamabad was approved at a cost of Rs 3.519 billion.

It approved phase-II of Sindh barrages improvement project at a cost of Rs 16.663 billion. The project involves rehabilitation and modernization of Sukkur barrage.

The meeting also approved the acquisition of land for railway corridor from Gawadar seaport. Second revised PC-1 for construction of Drawat dam project at a revised capital cost of Rs 11.768 billion was also approved.

Ecnec approved devolved vertical programs in the health sector in Punjab, Khyber Pakhtunkhwa, Sindh and Balochistan at a cost of Rs 131.787 billion.

In the social sector, a project for the establishment of Centre of Neuroscience at Pakistan Institute of Medical Sciences, Islamabad was approved at a cost of Rs 7.285 billion.

Ecnec approved a revision in the cost of construction of 184-kilometer long Faisalabad-Khanewal Motorway project at a revised cost of Rs 60.824 billion.

The meeting further approved phase-III of Overseas Scholarship Scheme for 2,000 doctorates in selected fields at a cost of Rs 22.215 billion.