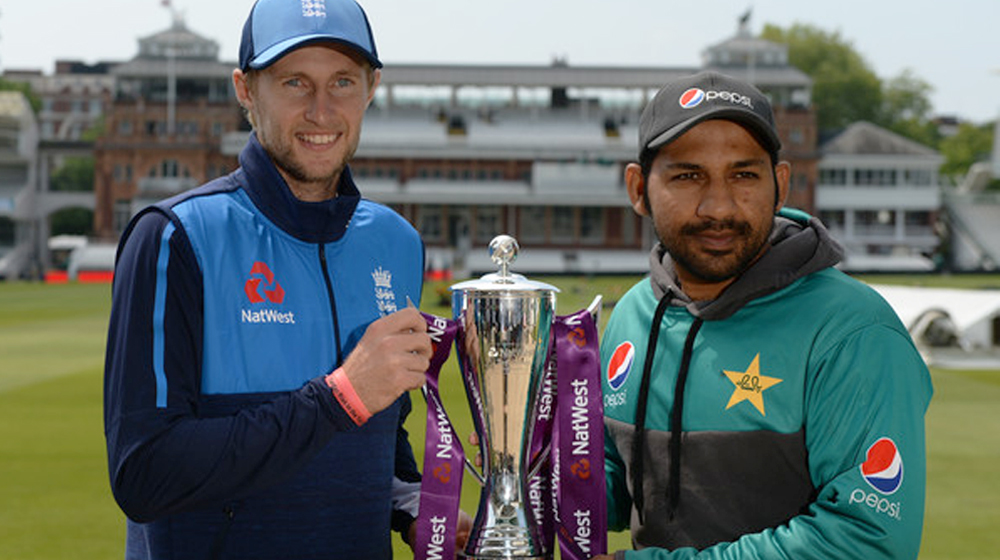 Two years ago, Pakistan faced England in a Test match series which ended as a 2-2 draw. Following a 10-wicket thrashing of England, Pakistan claimed the no. 1 spot in the Test match format for the first time in their history.

Today, Pakistan face England yet again. However, under very different circumstances; for at least 7 members of the touring Pakistan side, the opening fixture will be the first time they will play at the ‘home of cricket’ and in other words, at Lord’s.

The only players to have played at the London headquarters of Marylebone Cricket Club include Mohammad Amir, skipper Sarfraz Ahmed, Azhar Ali and Asad Shafiq.

Undoubtedly, Pakistan has a much weaker side in terms of quality and experience from the last time the team visited England. Younis Khan and Misbah-ul-Haq, two of the finest warriors of Pakistan, departed and took 15,321 Test runs away with them. Additionally, Yasir Shah, who played a huge part in the Test series draw, taking 10 wickets in the game at Lord’s, is out injured.

Despite massive changes, Sarfraz Ahmed said that he is hopeful that his youthful team can cope with the pressure of international cricket. He added:

This team is different from the one we had in 2016. We had a lot of seniors then but at the moment we have couple of good young players so we will try our level best to win the series.

Referring to the senior players, including himself, the Pakistani skipper added:

The senior players in the team have to show responsibility. We have to lead from the front, we have more responsibility to give a good platform so that the new players take it from there.

When you view things from afar, Pakistan’s Test match record since their last visit to England looks rather poor. The Green shirts have lost 9 of their last 14 Test matches; not only facing difficulty away but also being whitewashed by Sri Lanka.

The matches in which Pakistan avoided defeat came against West Indies and Ireland.

If history has shown anything, it is that Pakistan is a truly unpredictable side; capable of beating the best in the world while simultaneously possessing the ability to surrender to worst of teams. The promising signs include the fact that Pakistan won the Champions Trophy when they were ranked no. 8 in One-Day Internationals.

Currently, Pakistan is ranked no. 7 in Test rankings but former Test captain who led Pakistan to the top spot in Test cricket, Misbah-ul-Haq, believes that Pakistan is capable of outshining England.

This Pakistan team has the potential [to beat England], but it’s a young team and it’s not going to be an easy series.

The conditions they will encounter in the early stages of the season in England are not going to be easy, especially considering the home team has a very good bowling attack and an experienced one as well. It’s a huge challenge for the visitors but I still believe in them.

Pakistanis To Look Out For

The revival of cricket in Pakistan thanks to the domestic league — Pakistan Super League (PSL) — has brought a number of exciting new talent to the front for Pakistan. As many as five of the 12-man squad have played five or fewer Test matches.

The emerging batsman, the nephew of Inzamam-ul-Haq, has managed to dust off all the people who termed his inclusion in the squad as favoritism. His promising 74* in tough conditions against Ireland will boost Pakistan’s confidence ahead of today’s match.

Replacing Yasir Shah, Shadab proved his worth in the match against Ireland.

Test debutant in Ireland, Faheem showed great composure. His control over swing bowling was a promising sign for the bowler whereas his handy contribution with the bat — scoring 83 at no. 8 position — also did not go unnoticed.