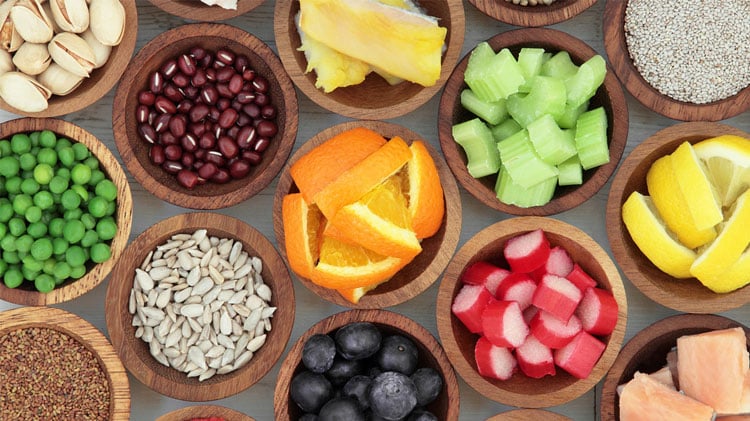 The federal cabinet had approved this policy about two months ago, but the government announced it just two days before the completion of its five years term, confirmed by the Minister for National Food Security and Research, Sikandar Hayat Bosan while launching the policy at a press conference.

The Food policy envisages providing a mechanism to address all four components of food security including food availability, accessibility, utilization and stability.

The minister said that food availability will be ensured through an increase in production of food items but will also make it accessible.

He said a national food Security Council is being set up under the chairmanship of the Prime Minister with the chief ministers and representatives from relevant government agencies to review the state of food security and take appropriate policy measures.

The comprehensive strategy and action plan for addressing the food security issues in collaboration with national and international partners are also being deliberated at the ministry of national food security and research, he added.

Federal Minister said that measures will be taken to improve farmers’ access to quality inputs such as seed, fertilizers, pesticides, credit etc. Furthermore, he said improved farm techniques Good Agriculture Practices (GAP) will also be promoted and issues like land and water management will also be addressed.

He said the government had also formulated and formally launched the first ever water policy, which became especially important in the wake of climate change and water shortages.

According to the policy framework, research will also be one of the priority areas to address the emerging challenges of climate change, water stress, pests and diseases and other challenges.

Under the policy framework, federal and provincial governments would collaborate to harness the best utilization of available resources to modernize agricultural production and improve the accessibility of the people to food.

The accessibility of the food will be increased through market support initiatives and for a marginalized group of the society will be addressed by launching programs like national zero hunger programs.

Food utilization aspect will be covered by food safety measures while food stability will be handled by providing quality production and trade, emergencies and disaster management, innovation and knowledge disseminating and policy support.

The minister said that during previous few years, the food crop availability had remained in surplus and most of the crops are being exported.

He informed that Pakistan was producing seven million ton of rice out of which over three million tons of rice were being exported. Similarly, he said potatoes and onions are also in a surplus and the surplus crop is being sent to Central Asian and Middle Eastern Countries.

Responding to a question, the minister said that currently there was an acute water shortage in the country and stressed the need to develop a national consensus on building big water reservoirs to ensure water availability for human and agriculture uses.

He said that his ministry was especially focusing on the efficient use of irrigation system to ensure non-wastage of water. He further said that water availability will improve after June 15, but there is need of judicious and efficient utilization of water.

To another question, Bosan said Sugar Control Act was a provincial subject which needs to be reviewed and enforced to ensure that no sugar industry is built in the cotton growing areas. In this regard, he said he always voiced against the sugar mafia at various forums.

Since the creation of Pakistan, there has been no policy framework to address the challenges of national food security. The government focused on this issue and assigned priority to formulate a strategic policy framework in collaboration with the provincial governments, international organizations and other relevant stakeholders. This policy document will provide a mechanism to address all four components of food security including food availability, accessibility, utilization and stability, he added.

The policy document maintained that the current procurement policy and support price of wheat should be revisited, and may be phased out gradually, identify existing strategies that benefit smallholders and most vulnerable. The support price for procurement of imported food crops such as pulses and oilseeds may be introduced to promote import substitution rather than subsidizing the export of wheat and sugar commodities.