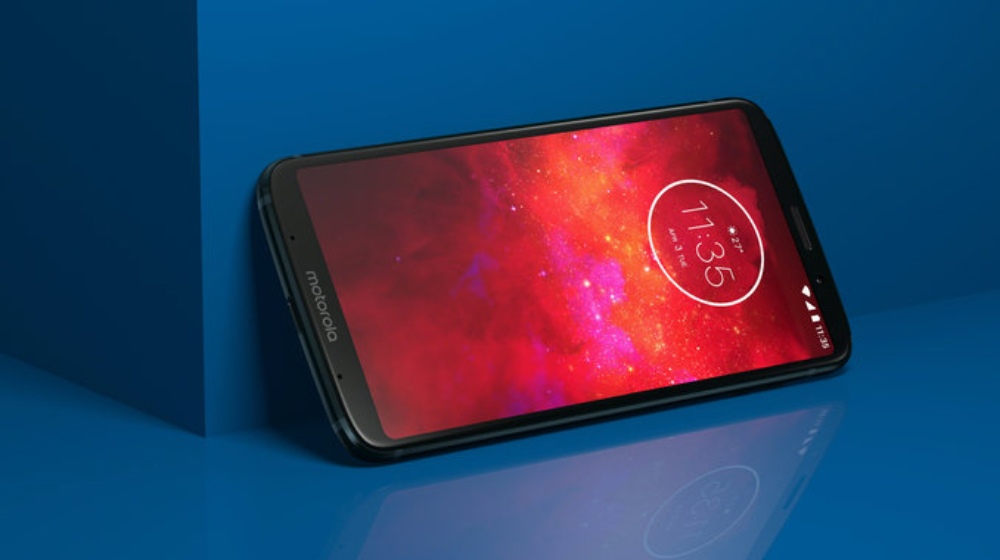 Moto Z3 Play has been launched – it features an all-new glass build, a side-mounted fingerprint scanner, and supports all Moto Mods.

Motorola just launched a well-rounded midranger, called the Moto Z3 Play, that comes with decent specifications and works with all Moto Mods. It does not have a notch, it’s a phablet-sized device with adequate bezel size on an AMOLED display.

And of course, it gets a buttery smooth stock-Android experience, a key selling point for Motorola phones. Let’s check it out, 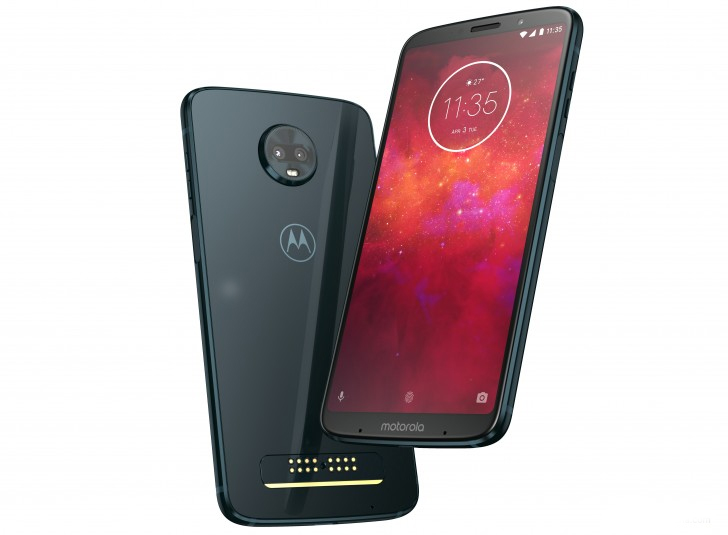 The design features Motorola’s signature circular camera bulge on the rear, but this time the Z3 Play packs a Corning Gorilla Glass 3 on both front and rear sides. The build is sleek and premium, the outer glass is placed on top of a thin 3000 series aluminum frame. The fingerprint is on the left edge, just like Xperia phones, and there’s a dock on the rear for Moto Mods.

The display is an AMOLED unit, FHD+ (1080 x 2160) resolution, and it has a tall 18:9 aspect ratio. It measures 6-inches diagonally and the bezels around it are fairly trimmed. It also has water and splash resistance, though there’s no IP-rating mentioned.

Beneath the glassy covers, Moto Z3 Play is powered by a Qualcomm Snapdragon 636. It has an Octa-core configuration consisting of 1.8 GHz Kryo 260 cores. It is paired with an Adreno 509 for graphics, while the RAM size is at 4 GB. The specifications are strictly midrange, however, they promise long battery life and work quite well alongside Android.

The storage is available in two options – it will come with either 32 or 64 GB internal storage. Luckily, you can expand it by up to 400 GB, via Z3 Play’s dedicated microSD slot.

There’s a dual cam set up on the rear with a 12 MP main sensor and a 5 MP secondary camera. The primary sensor has an aperture of f/1.7 and supports DP PDAF. There’s a dual-tone LED flash as well. 4K video at 30 fps is available, you can only record 60 fps videos at a 1080p resolution, however.

Selfie camera can manage by up to 8 MP photos. It has an aperture of f/2.0 and can also record 1080p videos.

Now here’s the best part, Moto Z3 Play comes with completely stock Android with minimal proprietary bloatware, making it a responsive and efficient device. Out of the box, it runs Android 8.1 Oreo – being a stock-Android device, it will also get steady updates.

It does have a giant display but carries a small 3000 mAh battery. It is quite small for this footprint, but its low-resource SoC and stock-Android work together to maximize battery life. Fast charging (TurboPower) is available, at 15W via a Type-C port.

Color options are limited to Deep Indigo, it is getting launched in Brazil first at a starting price of R$ 2,299 (~Rs. 70,000), however, its price might change after subsequent launches in other continents. It will soon launch in the US and will be sold along with a Moto Battery Mod at a price of $499 (~Rs. 51,000).

It supports all the Moto Mods, such as the battery mod and audio mod that can be attached on the rear like a case. Do note that the Moto Z3 Play does not have an audio jack, it uses its Type-C connector for audio. However, the company is considerate enough to include a 3.5 mm to headphone jack within the box, so that’s a plus.