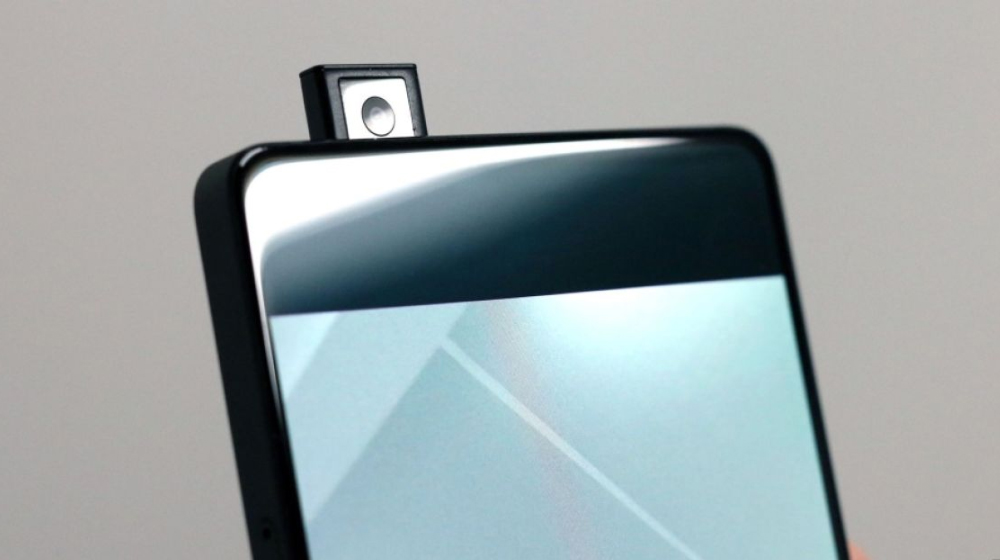 Vivo’s much-awaited Apex concept phone is nearing its launch date. It was originally planned to be a concept phone to serve as a reference, but Vivo is going to launch the phone for the public soon.

The phone features a unique design, and even leaves the Xiaomi Mi Mix series behind in terms of screen-to-body ratio. Its specifications, along with some new pictures, have been leaked.

Apparently, the company’s first truly bezel-free smartphone won’t be called Apex, the leak suggests that the company will market it as Vivo NEX, and it will be available in three different variants – NEX, NEX S, and NEX A. As it nears its official release date, the company has started preparing promotional material such as posters and vouchers. 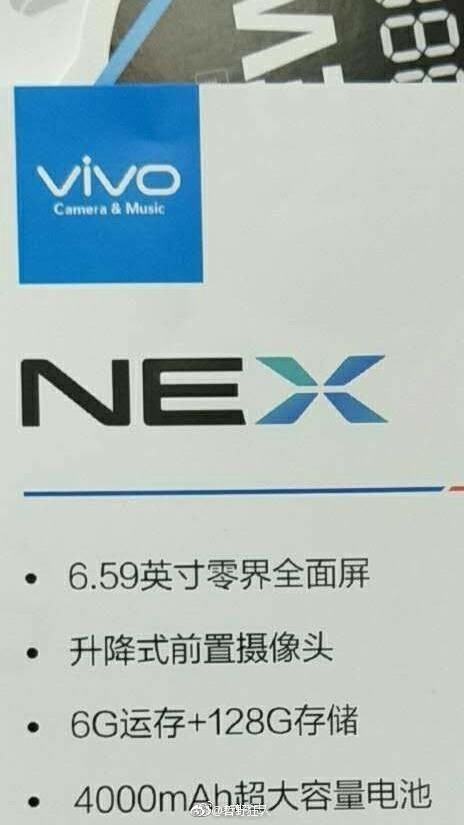 A Chinese leaker managed to get his hands on a poster and has shared some images of the Vivo NEX on the web. Previously, the Apex concept was revealed to have a 5.99-inch OLED panel, the latest leak suggests that Vivo NEX will carry a gigantic 6.59-inch display instead.

Vivo’s Apex concept hyped the market as it boasted a screen-to-body ratio of more than 90% – the company managed to do it by housing the selfie camera in a retractable drawer on top of the body, that comes out like a periscope whenever the camera app is launched.

The company further reduced bezel size by including the fingerprint sensor within the display, it covers the lower half of the front and users can unlock their device by simply placing their thumbs on the screen. Vivo’s upcoming NEX phones will also be equipped with the same design.

Other than that, it will come with 6 GB RAM, 4,000 mAh battery, and at least 128 GB internal storage. Surely, the higher-end variants will get more storage. A Snapdragon 845 SoC is highly likely, though experts expect Vivo to launch a cheaper Snapdragon 710 variant as well.

An in-display fingerprint reader is highly probably, the lower-end variants might not get it but this technology is readily becoming common, Xiaomi’s Mi 8 Explorer Edition already has it. These images were first posted on Weibo.