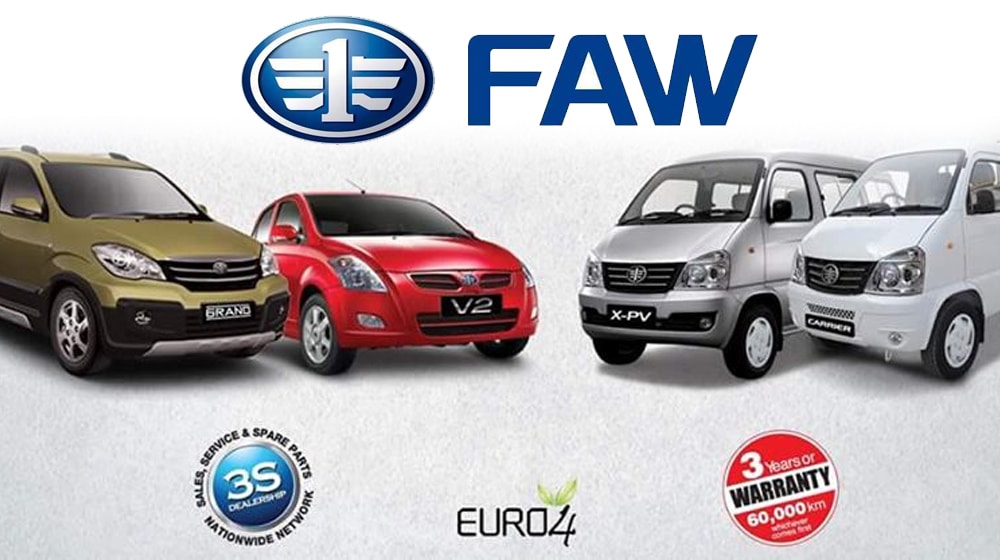 Another automaker has decided to follow suit and increase prices for its cars and vehicles.

Al-Haj FAW has increased prices of its entire lineup again, for the third time this year. The company previously raised prices on its products during March this year, citing a weaker rupee.

Only a few days after Pak Suzuki and other automakers’ recent price hikes, Al-Haj FAW has also announced its own price changes to compensate for increasing import costs.

The company has already issued notices to its dealerships across the country, informing them of the new prices that are now in effect.

Take a look at the new prices:

The prices of all FAW vehicles are subject to change without notice and prices prevailing at the time of delivery shall apply if rates of existing duties/taxes are increased or new duties/taxes are levied by the government then such increase would be paid by the customer prior to the delivery of the vehicles.

Al-Haj FAW is the second company to announce a third price hike for the year, following Pak Suzuki, and other companies including Honda Pakistan and Toyota Indus are highly likely to increase prices soon as well.

Much like the rest of the auto assemblers, FAW says that their recent price changes have been done in response to the falling value of the rupee. As these companies rely heavily on non-localized imported components, any fluctuations in the foreign reserves significantly affect their import costs of key materials.

For a greater understanding on how these new costs work, and whether these price hikes are justified, check out our detailed analysis here.