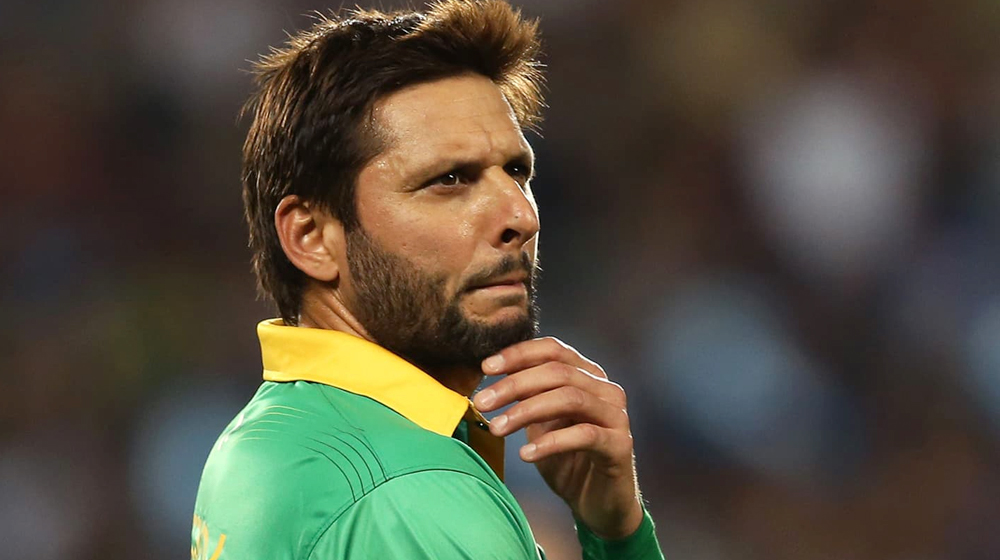 Does Shahid Afridi have a pet lion?

Shahid Afridi, arguably one of the greatest superstars Pakistan cricket has ever produced, is in the headlines again. Just like his career, Afridi’s social media post stirred a bit of controversy again. The retired cricketer posted, what he thought, would be another normal social media post.

However, he had no idea it would spark outrage online and people would be seething about animal rights.

Let’s first take a look at what the star allrounder uploaded.

Great to spend time with loved ones. Best feeling in the world to have my daughter copy my wicket taking celebrations. And yes don't forget to take care of animals, they too deserve our love and care :) pic.twitter.com/CKPhZd0BGD

It seems like another normal photo talking about animal rights and how his daughter’s imitating his celebration style. However, at the back – right in front of the gate – there is a portrayal of a bit of irony. On one hand, the cricketer is advocating animal rights, however, on the other, a lion can be seen chained to the gate. Yeah, you heard or rather read that right, Shahid Afridi has a lion in his house.

Harbhajan and Watson Take a Jab at Shahid Afridi’s Age

But let’s not be the supreme judges and jump to conclusions because we do not have all the facts. First, we are not sure if the lion is even real. Because when you look at it, the size does seem weird and it looks too small to be a real grown-up lion. But this could also be an optical illusion from to the camera.

However, if it’s not real then the question arises that why is it chained?

Wish Afridi could settle the debate by clarifying the “reality” of the lion. We will have to wait on that. For now, let’s take a look at what the people on the micro-blogging site think.

The tweet attracted a lot of flak, however, some jumped to the cricketer’s defense as well. We will have a look at all opinions.

Only Shahid Bhai can answer that.

Where is this? Come how there are wild animals in unnatural environment? Isnit legal?

Another point of view far far away from any animal rights debate.

When a lion met a cricketing lion pic.twitter.com/9wFK2bJaN3

With due respect for S Afridi, but is this lion kept in some house ? If yes, this is gross violation of animal rights and wild life habitat. https://t.co/w3vKYgur2P

It surely belongs in the jungle that is why it is the king of the jungle.

Afridi needs to know this lion belongs to jungle not his house .

As much as I love Afridi for his off field charities, this is a very bad example growing a lion like a domestic dog chained in front of your house just for ego purposes.

The lion doesn't look that healthy too. The lion is a beautiful wild animal and should be treated as such. https://t.co/0tht8Q0hXk

Here is another photo of the cricketer with the “pet lion”. 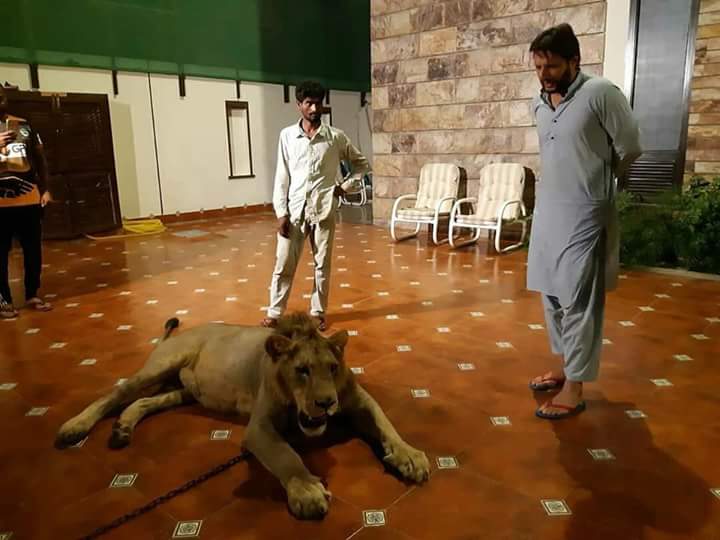 According to this user, Afridi doesn’t really own those animals. The lion was just on a visit to his house.

The animal really belongs in its natural habitat or under professionally skilled individual’s care. That said, what do you think, is the lion real, is it fake, or Afridi went too far with petting a hypercarnivore?