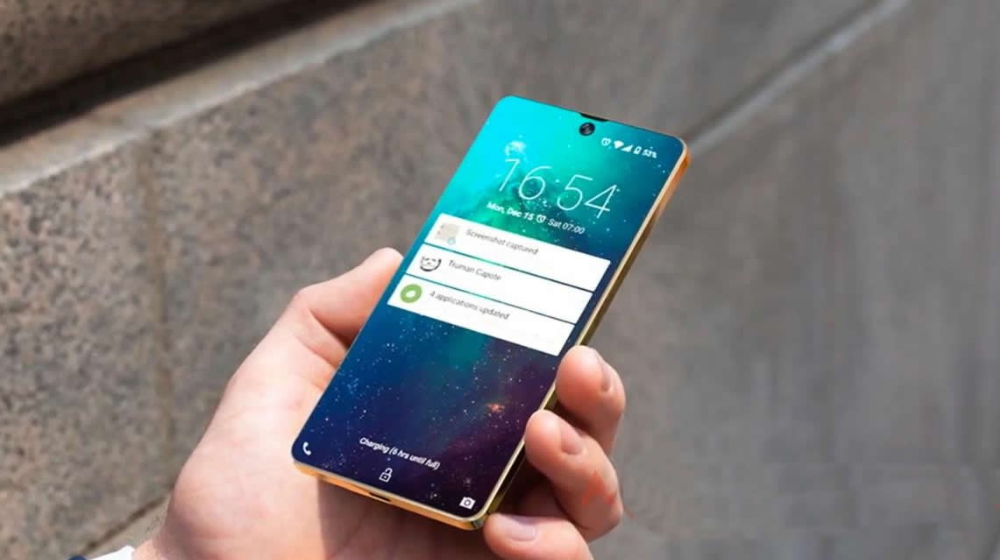 Galaxy S10 and LG G8 are going to have sound-vibrating screens instead of traditional earpieces.

Vivo just launched the NEX S and NEX A, both phones have bezel-less displays – without notches – that use a unique tech for the earpiece, making the phone’s body vibrate to emit sound

Samsung’s upcoming flagship, as well as LG’s, is expected to feature a similar technology. The reason its bound to get popular is because it helps reduce bezel-size by removing the earpiece altogether. Most new “bezel-less” designs these days have a cutout, or a notch, on the display that houses various sensors along with the earpiece.

Other than that, a slightly wider top bezel is used to house these sensors, but Samsung is looking to get rid of it by using sound-emitting displays in its future flagship. Same goes for the upcoming LG G8 (or whatever it gets called), according to a noted South Korean publisher.

Samsung already showcased this technology at the Society of Information Displays (SID) 2018. The publisher cited industry insiders and said that both Samsung and LG will use this technology in their upcoming flagships. Take a look below,

Moreover, Samsung is expected to use a 6.2-inch sound-vibrating panel – the S9+ has the same screen size but we can expect the Galaxy S10 (or whatever it gets named) to have a similar display but with a more slim, compact body. The upper bezel will still be relatively thick, because of the front camera and the iris scanner.

The display uses transmission bandwidths of 100 and 800 Hz and allows users to hear the sound by placing their ear on a wide portion of the display. Vivo calls their iteration the Screen SoundCasting Technology. LG’s Crystal Sound OLED TVs are already equipped with this feature, it allows better-sounding bass and treble, so we can expect LG’s upcoming flagship to have the same feature as well.