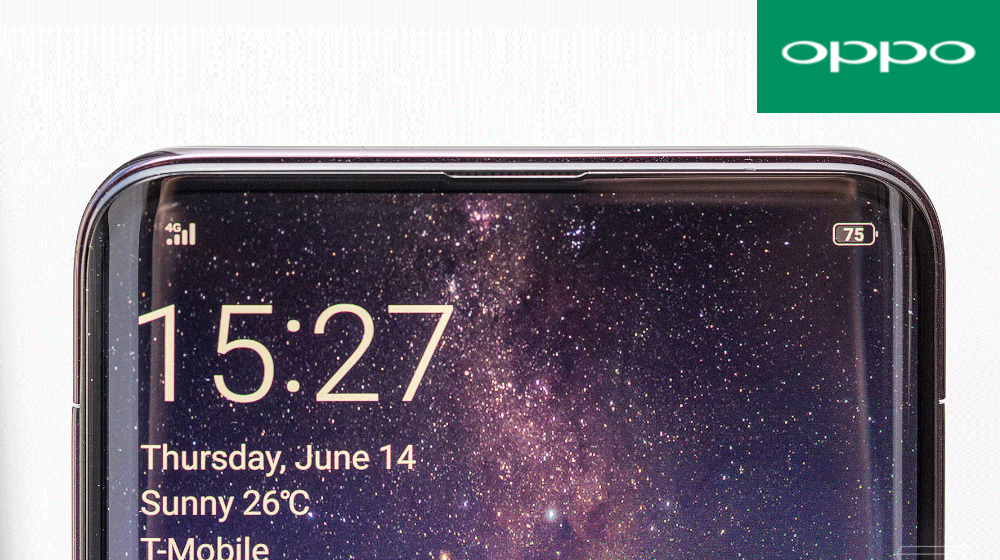 Oppo has finally unveiled its official 2018 flagship – the Oppo Find X. It is the second smartphone after Vivo’s NEX lineup to feature a “truly” bezel-less display with no noticeable notch on the front.

But where is the selfie camera? Oppo did something similar to Vivo and added a pop-up motor to retract the camera whenever the camera app is launched – but this time, there are three pop-up cameras in addition to a 3D facial recognition unit instead.

The idea is not exactly unique but has slight improvements as compared to Vivo’s iteration. Oppo went with a Samsung-like curved edge display as well. Anyway, let’s dig into its details. 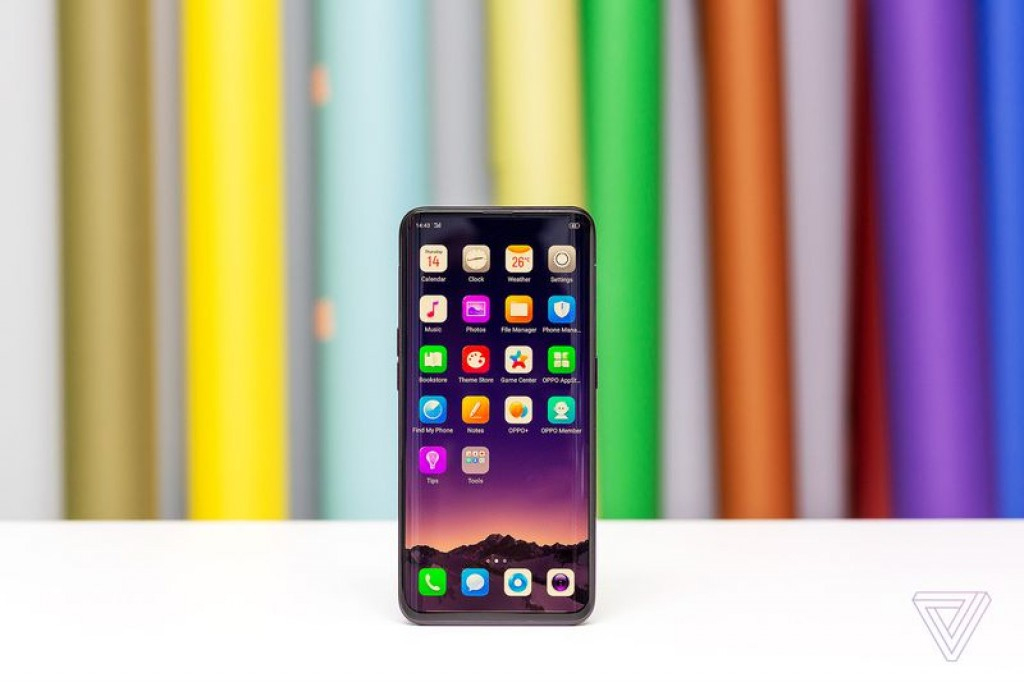 The first thing to notice is Find X’s distinctive external design, that looks both futuristic and premium. The phone resembles a Galaxy S9+, both phones have a similar footprint, but with a larger display and narrower bezels on the Oppo Find X. The rear end is plain with no visible fingerprint sensor, the rear cameras slide out kind of like the slider phones of old.

Find X relies entirely on facial recognition, it does not have an in-display fingerprint reader either. The system has to slide out from within the phone – it takes merely 0.5 seconds – and pops out for a second to read your face and goes right back in. Flashy stuff. 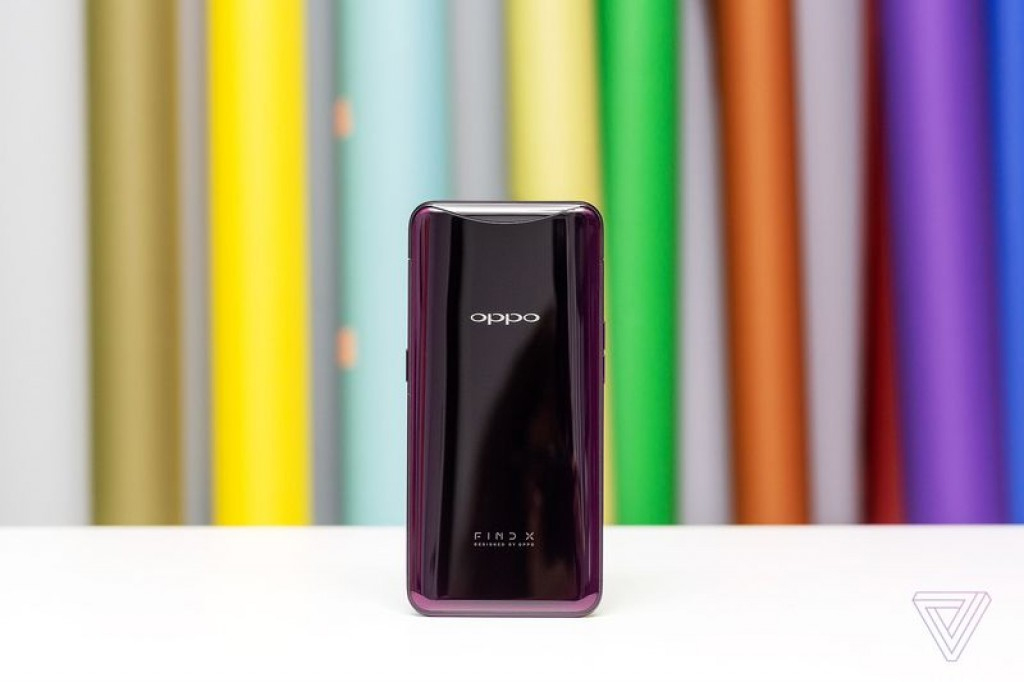 Now on to the impressive display, the latest Oppo flagship has a gorgeous 6.4-inch AMOLED panel, FHD+ (1080 x 2340) resolution, that covers almost the entire front of the body. Aspect ratio is 19.5:9 while the official screen-to-body ratio stands at 92.25%. 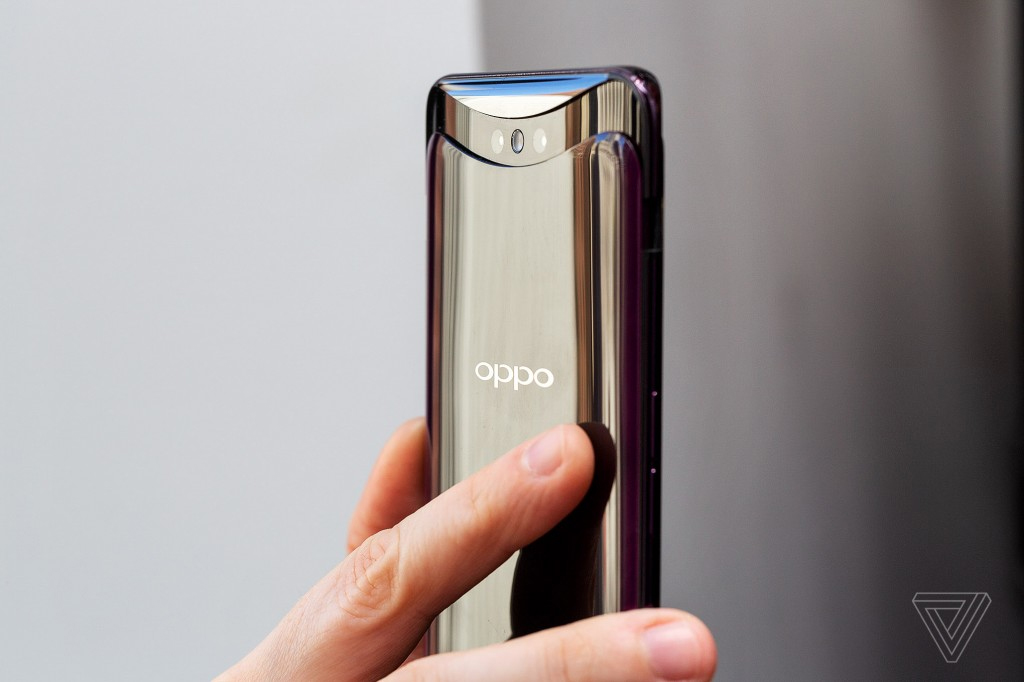 Internal storage is customizable, you can get it with 64 GB storage paired with 6 GB RAM or 128/256 GB with 8 GB RAM. Impressively, Oppo managed to retain the microSD slot so you can expand the internal storage by up to 400 GB.

The rear pop-up drawer houses the aesthetically arranged dual cameras that consist of a 16 MP and 20 MP combo. Both sensors have an aperture size of f/2.0, the dual cameras work together to provide lossless zoom and better low-light management. Moreover, the sensors also support flagship grade features such as OIS, dual-tone LED, and other photography features.

The selfie camera manages up to an impressive 25 MP with its aperture also at f/2.0, as well as AI features for background blur and portrait mode effects. Surely, the front camera utilizes Find X’s infrared facial recognizer, so the photo edits are realistic and accurate.

Software is Android 8.1 Oreo, with Oppo’s ColorOS 5.1 on top. It comes with standard features seen in most Oppo devices, in addition to full-screen gestures and other gimmicks to support the large display. Its design and UI is highly iOS inspired and heavily bloated, so don’t expect a stock Android experience on this one.

On to the battery, Find X has a fairly large 3730 mAh unit that supports Oppo’s VOOC fast charging (5V/4A). There’s a Type-C connector beneath, which doubles as an audio jack because it does not ship with a headphone jack.

Color options are Bordeaux Red and Glacier Blue. Oppo Find X is a premium flagship, but is still expected to be cheaper than Samsung and Apple’s products.

There’s no official word on its price, we expect it to get revealed soon. Initially, it might launch in China, but an international launch is expected to follow soon afterward because the Find X supports all LTE bands worldwide.