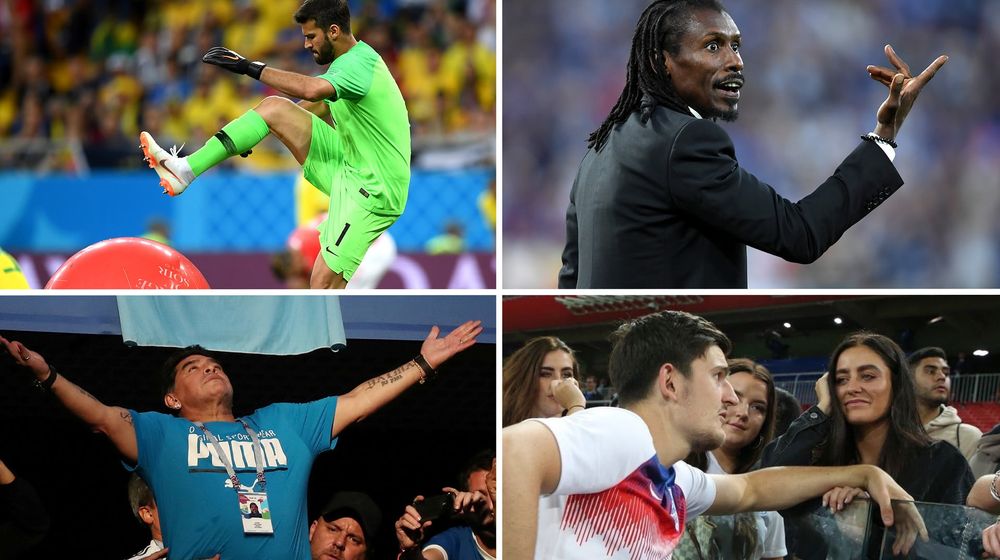 Take a look at the meme version of the FIFA World Cup 2018.

From Neymar’s diving antics to Modric’s tireless running, this world cup has seen it all. The greatest footballing competition hasn’t been short of shock exits as Brazil, Germany, Argentina, and Portugal all were shown the exit door.

No competition is complete without the on-field drama, nail-biting finishes, breathtaking solo moves and … memes.

In that same vein, we present to you our roundup of the best memes from the FIFA World Cup 2018.

English fans have come up with the “It’s Coming Home” slogan. Looking at how far England has come during the tournament, the thought of the trophy really going to English soil doesn’t seem to be surprising anymore.

HANDS UP IF YOU THINK FOOTBALL'S COMING HOME pic.twitter.com/8CkZLsD5ip

A photo of English centre-half talking to his girlfriend went viral and became the perfect meme material. The defender himself decided to hand us a laugh or two as well.

“Can you ask the neighbours to put the bins out on Monday? We’re not going home just yet” 🏴󠁧󠁢󠁥󠁮󠁧󠁿 pic.twitter.com/s1g3P3jj34

Yeah so a good header doesn’t hurt. I mean the moment you head it proper, you feel it’s a good one. Know what I mean love? pic.twitter.com/a5b8UqDjv2

The Argentine legend’s antics have always been in the news. And that was the case during this World Cup as well. He’s perfect meme material as you can see below:

Neymar got trolled for his ‘juvenile’ display during the World Cup. He is the player who created the most chances for his team at the tourney, yet these chances didn’t amount to much most of the times. And then there’s that one moment where he just went down in a ‘legendary meme’ way:

Neymar when he was young…😅😅 pic.twitter.com/nfj37zK81f

And here is that #NeymarChallenge. 14 minutes is a long time and they say VAR wastes time?

Neymar spent close to 14 minutes on the ground during Russia 2018. Now, a new challenge has hit the internet. Football fans dive and roll dramatically to troll the Brazilian. #NeymarChallenge pic.twitter.com/CdZlgKe6Dr

Of course he was part of the memes, seeing as how the World Cup is being held in Russia. You can see the Russian President in memes here:

When you beat your friend 5-0 in FIFA pic.twitter.com/q8zAluX2JD

The Senegal coach knows how to celebrate. And social media seems to agree.

Aliou Cissé is me when there's free food at work pic.twitter.com/n9cAyF58IC

Aliou Cissé when Tony Meola talks like Senegal should just be happy to be here. pic.twitter.com/6qDzeWDvJB

Alisson burst a balloon and we had unlimited meme supply. Here are a few honorable mentions.

Alisson is life. The ball is my dreams. pic.twitter.com/yWra2xAMPp

Batshuayi to come on… or is he still suffering from that kick against the post in celebration 😂😂😂🤣🤣🤣 pic.twitter.com/sJn1QZwAlm

Spoke with U11's last night about what moments in latest round of World Cup they wanted to talk about. They picked 3 top ones –

There are still two matches left before the World Cup ends so expect the meme factory to keep churning out good ones.

Which World Cup meme was your favorite? And why?