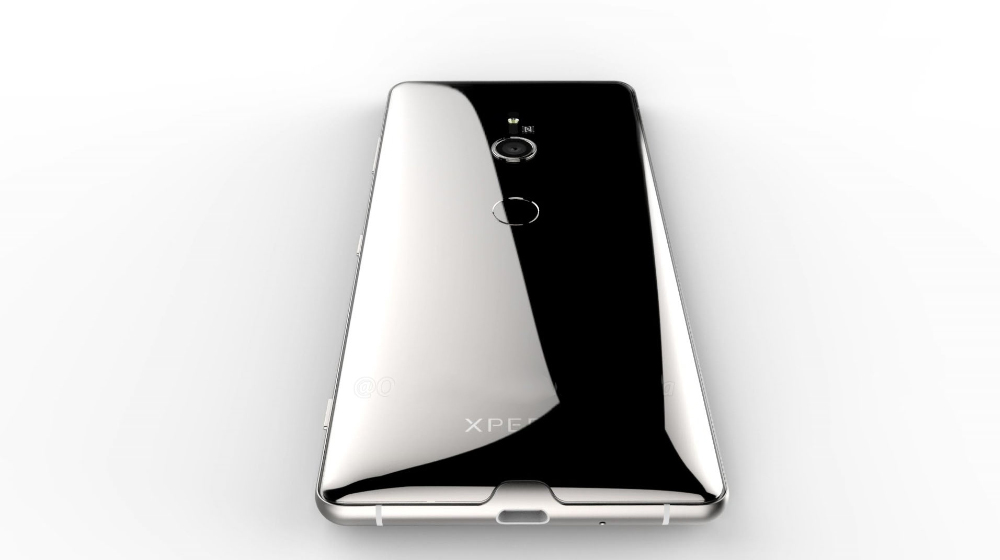 Highest resolution camera on a phone yet, could be a game changer for Sony.

Sony recently announced a 48-megapixel smartphone camera called the IMX586 that possessed the highest ever pixel count on a phone camera. The sensor is also capable of shooting resolutions greater than 4K at 60 FPS.

Now, a benchmark listing has surfaced online related to the Xperia XZ3 – Sony’s future flagship – which will be unveiled next year. Unlike most flagships, the company is expected to fit a single 47 MP sensor in the XZ3 instead of a dual or triple camera combination.

Huawei already did something similar and added an additional 40 MP sensor alongside two other cameras on the P20 Pro, but Sony’s sensor is going to support larger images, on top of a number of photography features.

A phone with a model number of H8416 has appeared on GFXBench. Seeing the specifications and the equipped hardware, it’s highly likely to be Sony’s future flagship Xperia XZ3. It’s possibly a test unit, as developers tend to use popular benchmark tools to evaluate performance in early test phases, which is why the actual specifications might be slightly different. 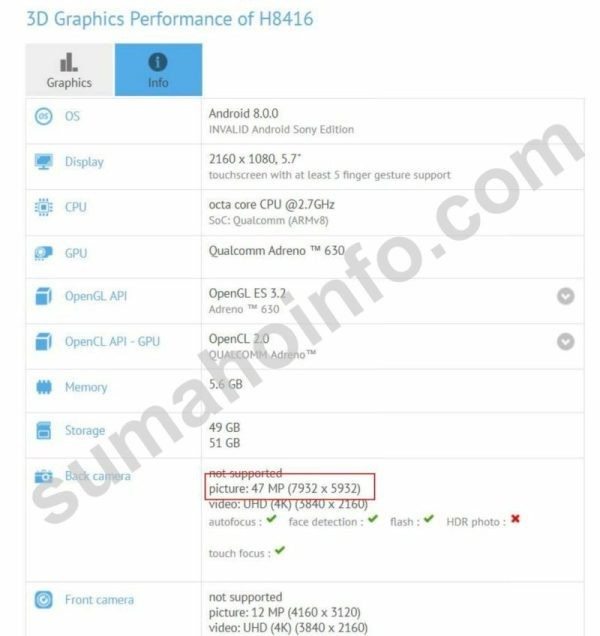 According to rumors, Sony is preparing two different devices and will equip a different camera set up on each. One might feature dual cameras instead, as a number of other leaks have suggested two shooters on the rear. So, for now, there’s not much we can say about what the company really is planning.

Though we might not have to wait much longer. Sony will soon hold an event on August 30, and is expected to clear some of our confusion.

Also, as the phone nears its actual launch, more details will become available.