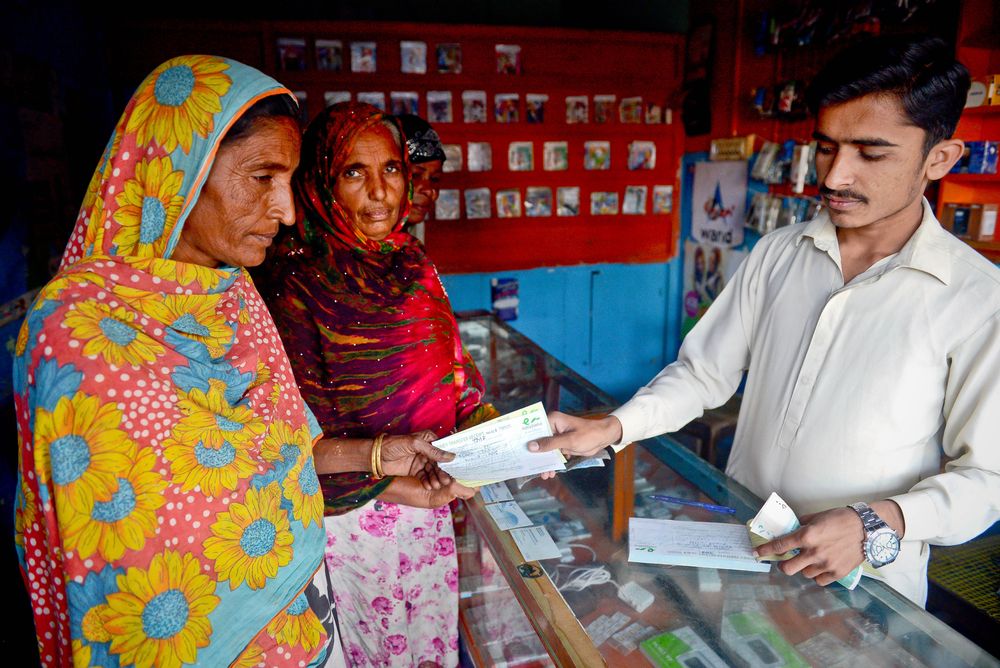 The adoption of digital payment services by customers could have a tremendous impact on the economy of Pakistan’s commercial capital, Karachi, with an estimated benefit of $1.5 billion per year.

According to the study “Cashless Cities: Realizing the Benefits of Digital Payments”, commissioned by Visa Global, the increase in the use of digital payment modes such as payment cards, mobile and internet banking could potentially yield a net benefit of US$ 1.5 billion (Rs 181.5 billion) annually to consumers, businesses, and government in Karachi.

The Cashless Cities study quantifies the immediate and long-term benefits for three main groups in Karachi:

Overall, it would result in an increase of 3.3% to the GDP, potentially boosting employment in Karachi by 4.7%, with 198,100 jobs every year.

With such a significant share of a country’s population and economic output concentrated in Karachi, there is an immense opportunity to further increase economic growth and improve quality of life for millions of residents.

State Bank of Pakistan (SBP) data said there are over 40 million payment cards being used in Pakistan whereas the number of internet and mobile banking users have crossed the 6 million mark.

Being the commercial hub, the use of digital payment solutions is highest in Karachi whereas other cities of Pakistan could reap the benefit of using digital payment services in their economies as well.

The study does not look at eliminating cash; rather, it evaluates the benefits that can be derived when a city transitions to an “achievable level of cashlessness” – defined as the entire population of a city moving to digital payment usage equivalent to the top 10% of its users today.

Accepting cash and checks costs businesses about 7 cents of every dollar received compared to 5 cents for every dollar collected from digital sources.

Use of Digital Payment Methods to Rise

As the rising rate of smartphone penetration in Pakistan and Ecommerce forecasted to increase, the use of digital payment methods is expected to increase significantly, paving the way for the transition to a cashless economy.

According to a World Bank report, approximately 100 million adults in Pakistan don’t have access to regulated financial services, accounting for 5% of the world’s unbanked population. Also, there is an inherent lack of trust when it comes to conducting digital transactions.

Our study demonstrates the many benefits smart payments can bring to Karachi’s economic drivers, with results indicating that by 2032, adoption of cashless payments could potentially increase employment by 4.7% and GDP growth rates by 14.3 basis points.

These results also find their significance at a time when the country has launched its first major digital policy aimed towards creating more job opportunities and accelerating economic growth.

Commenting on the results, Kamil Khan, Country Manager for Visa in Pakistan said:

As the government of Pakistan pushes forward with the ‘Digital Pakistan’ policy-led initiative, digital payments offer an immense, untapped opportunity to boost the country’s economic growth.

Visa is well positioned to work with valuable partners such as the KCCI as well as with government bodies, the merchant community, banks and consumers to drive the adoption of cashless payments and aid in the country’s transformation to a knowledge economy.

Visa Global study “Cashless Cities: Realizing the Benefits of Digital Payments” offers over 60 recommendations for all ecosystem participants, including decision-makers, to help their cities become more efficient through greater adoption of digital payments. These include undertaking financial literacy programs to help move the unbanked into the banking system and implementing incentives to stimulate innovation focused on launching new payment technologies.

When combining savings with increased sales from digital payments usage, our study projects that total net benefits to businesses across all 100 cities could amount to over $312 billion per year after transitioning to an achievable level of cashless activity. Average annual savings to governments in direct administrative expenditures by making greater use of digital payments amounts to $710 million. A reduction in cash-related crime could save an additional $53 million per year. Meanwhile, the estimated potential increase in tax revenue from digital payment adoption amounts to an average of $534 million per year.

This study estimates that increasing digital payments across the 100 cities could result in total direct net benefits of US$470 billion per year. On average, these net benefits represent slightly over 3% of a city’s current GDP. Greater economic activity spurred by digital payments also supports higher employment as well as improvements in wages and workers’ productivity.

This study also finds that on average, across the 100 cities, increased usage of digital payments could add 19 basis points to a city’s GDP and support over 45,000 additional jobs per year per city, while worker productivity and wages could increase by 14 and 16 basis points per year per city, respectively. To put the GDP growth number in perspective, the 19 basis points increase in economic growth per year across the 100 cities translates to nearly $12 trillion of total additional economic activity over the next 15 years – an amount exceeding China’s 2016 GDP.