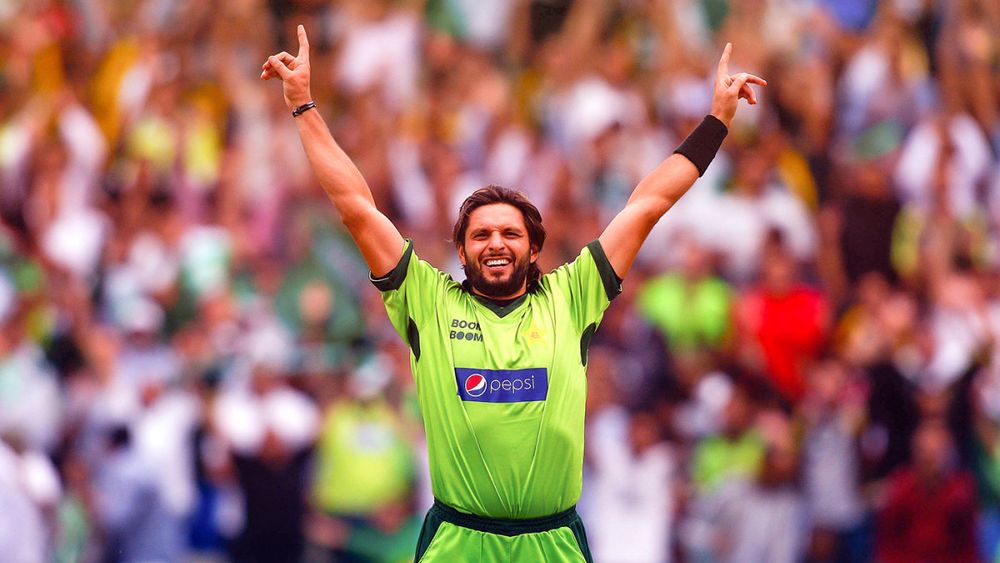 Shahid Afridi may have retired from international cricket, but his name lives on. Even after retirement, the bowlers in franchise cricket leagues fear his wrath, the batsmen fear the googlies, the sliders and the top spinners drifting in and threatening the stumps. We all remember how good a fielder he was during his time on the field, don’t we?

Oh, and nothing beats his celebration style!

All this and much more gave him a nickname we all always loved and we still do: Boom Boom Afridi.

While many preferred to call him Lala, Boom Boom Afridi stood out and became the crowd favorite (also read commentators).

Shahid Afridi, during an interactive question-answer session on Twitter, revealed the person who gave him the title Boom Boom Afridi. When a fan asked the question about his title, he replied Ravi Shastri.

Former Indian cricketer and the current head coach of the Indian cricket team, Ravi Shastri called him Boom Boom for the first time reportedly in the 2005 Indo-Pak series in India when Afridi smacked a 45-ball century, the second-fastest at the time.

Afridi has held a number of international records against his name during his time and even after retirement. His ability to destroy the opposition single-handedly earned him the title from Ravi Shastri.