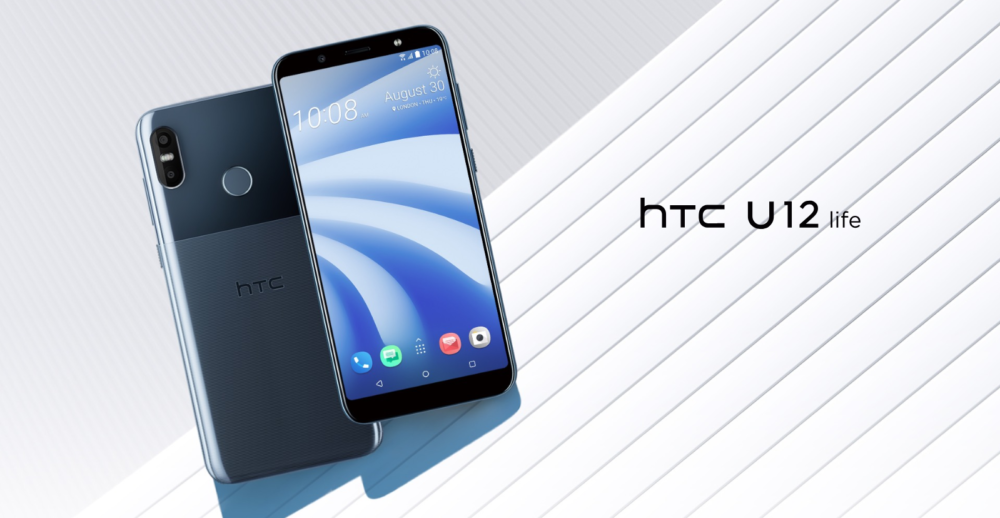 A solid mid-ranger with a reasonable price. If you’re looking for an HTC phone, this is the one to go for.

HTC has been struggling a lot in the smartphone market, especially with their flagship devices. Their mid rangers, however, have been quite popular with most people.

Today at the Internationale Funkausstellung (IFA) event in Berlin, HTC has unveiled its newest mid-ranger which is the successor of last year’s HTC U11 Life.

HTC tried to go with a unique look but might have ended up combining the look of the iPhone X and the Pixel 2XL. Describing the U12 Life like this probably does not do it justice as the design is actually quite eye-catching.

The top half of the back is actually a nice glass finish giving the phone a premium look, while the bottom half is covered in protruding lines, giving it a grippy feel, which is a nice touch. The color options you get are either the Moonlight Blue or the Twilight Purple.

What’s more interesting is the fact that HTC has brought back the 3.5mm headphone jack and now it sits proudly on the top of the phone. It also retains stereo speakers, not something you see from mid-rangers these days.

The U12 Life has a 6-inch display with FHD+ resolution with an 18:9 aspect ratio, sans a notch. It’s a breath of fresh air to see a mid-range phone without a notch in a market flooded with Oppo’s and Huawei’s. HTC opted to not include it on purpose.

Since the U12 Life is not a flagship device by any means and is marketed as a mid-range phone, the specifications are modest, to say the least.

The HTC U12 Life comes with a Qualcomm Snapdragon 636 octa-core chipset on board. As for the RAM, you only get 4GB of that and storage is also limited to 64GB but you do get the option to expand it via a microSD card slot that’s also available.

As mentioned earlier, the U12 Life features dual rear-facing cameras on the back, placed vertically.

The main camera on the back is a 16MP sensor that has a f/2.0 aperture while the second sensor is a 5MP unit with a f/2.2 aperture. The secondary lens won’t be taking pictures directly and will only be used for portrait shots and background detection. You’ll be able to record 4K videos at 30fps and 1080p up to 60fps.

On the front, you get a 13MP sensor with a f/2.0 aperture. There’s also an LED flash on board to more your selfies in low light better.

The battery on the U12 Life is a respectable 3,600mAh. Given the less power hungry chipset on board, an all-day battery life out of the U12 Life isn’t entirely out of question, depending on your use.