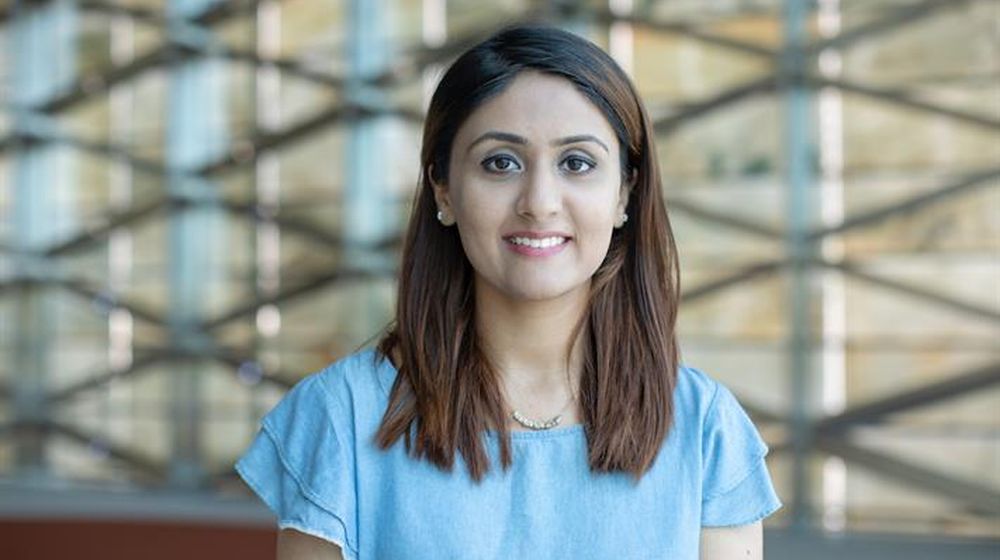 Her research in Full-dimension (FD) massive multiple input multiple output (MIMO) is far superior to the existing wireless communication systems and is capable of more than doubling the average throughput of the LTE systems.

Marconi Society was established in 1974 by Guglielmo Marconi’s daughter in a bid to promote advancement in telecommunications and the internet. The Young Scholars Award along with the Marconi Prize are presented to scholars with significant achievements.

Qurat has been working on her PhD at KAUST’s Computer, Electrical and Mathematical Science and Engineering division under the supervision of Professor Mohamed-Slim Alouini who says:

Qurrat’s work establishes a proper link between the industry’s vision for FD-MIMO and the theoretical study of 3-D beamforming. She published pioneer works on the development of 3-D channel models and spatial correlation functions. More recently, she put different aspects of FD-MIMO together to provide a mathematical framework for the design of elevation beamforming schemes in single-cell and multi-cell scenarios. Her works have gained a lot of visibility in a short time.

IT Minister Says Pakistan Could Launch 5G Services in 2019

It utilizes an active antenna system with a planar array structure to provide adaptive electronic beam control in the 3D space. In contrast to much of the prior research that focuses on the standardization of FD-MIMO technology in the 3GPP, Nadeem’s papers are distinguished by their depth in the theoretical aspects of the antenna array and 3D channel modeling.

FD-MIMO uses a planar array structured active antenna which provides an adaptive electronic beam control in the three-dimensional space. Qurat’s research focus has been on 3D channel modeling and theoretical aspects of the antenna array in depth as compared to the previous researches which worked on standardization of FD-MIMO technology in the 3GPP.

She did her masters from KAUST as well after pursuing electrical engineering at Lahore University of Management Sciences (LUMS). FD MIMO is one of the most significant technologies for 5th generation cellular systems.

I am a Pakistani woman pursuing a PhD in Saudi Arabia, which speaks about the country’s new focus on research and innovation. I think that this award will encourage more women in the region to enter the field of science and accomplish even greater things.

Qurat and three other young scholars will receive their award along with a prize money of $5000 in Bologna, Italy on October 2, 2018.