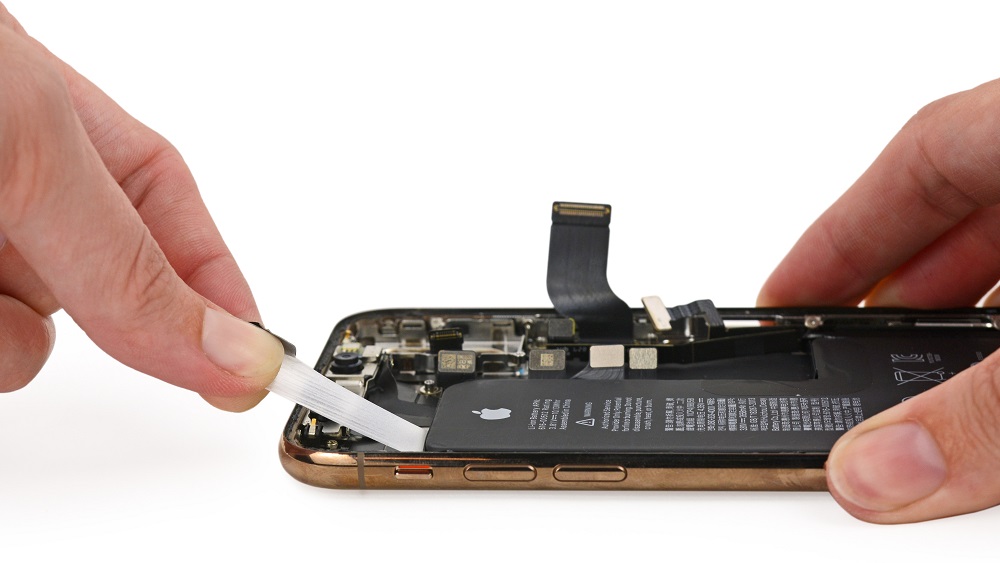 The new iPhones have surprisingly smaller batteries this year.

The annual tradition following every iPhone release is here: the customary teardown. This year it is the trusty folks at iFixit which have spilled the secrets on the new iPhone XS and iPhone XS Max.

The oddest thing here is the battery, one of the least-sophisticated of hardware you’ll find on these phones. The regular XS comes with a new L-shaped battery underneath, with a lower 2,659 mAh capacity. The XS Max still comes with a two-cell setup, with a total capacity of 3,179 mAh, the same as last year.

You don’t need to be concerned with the life you’ll get out of these batteries, however, as Apple claims that they last up to three hours more than the preceding phones, thanks to a new power management chip.

No Samsung/Qualcomm Chip This Time

Under the hood, you get components from Intel and Toshiba. Apple has apparently bid farewell to Samsung and Qualcomm, the latter of the two due to the recent legal battles.

TechInsight credits SanDisk and Micron as the suppliers, rather than Toshiba, which makes things kind of confusing. It’s definitely possible that Apple may have sourced Toshiba in some markets and SanDisk/Micron in others.

One thing which is slightly uncanny is the lack of evidence for improved water and dust protection. Better to wait a while before taking your phone out for a swim. Worse still, the amount of glass on the phones makes it very likely to get a large crack if you drop the phone without a case. Not to mention that a back glass replacement for the XS/XS Max will net you $600 apiece.