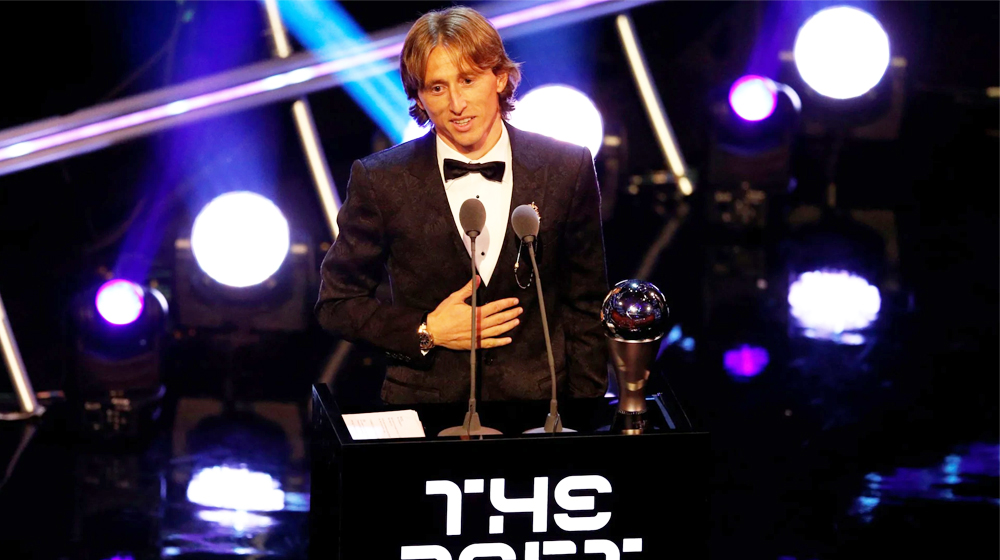 Luka Modric has won the Best FIFA Footballer of the Year ahead of Mohammad Salah and Cristiano Ronaldo. This is the first time any other player apart from Ronaldo and Messi has won since Kaka in 2007.

The decision for the award was made by captains of each international team, their managers and designated media officers from each country. Each person had three selections to make: selecting first-position player who will receive 5 points, second-placed player to receive three points and the third-place player to receive one point.

The Croatian took the pole position by securing 29.05 percent of the votes whereas Ronaldo had 19.08 and Salah with 11.23.

Here are the rest of the award winners from the ceremony:

Breakdown of Votes For FIFA Footballer of the Year

Following the conclusion of the ceremony, FIFA revealed the breakdown of the votes, which packed some interesting surprises.

Despite not making into the final-three, Messi voted for Ronaldo and placed him in the third-position. The Argentinian put Kylian Mbappe in second place and placed Luka Modric in first position.

Ronaldo, however, did not vote for Messi at all. He placed his former Real Madrid teammate Raphael Varane at first position, Modric in second and Antoine Griezmann as third.

Here are some of the top picks of the votes of some noticeable managers and players: