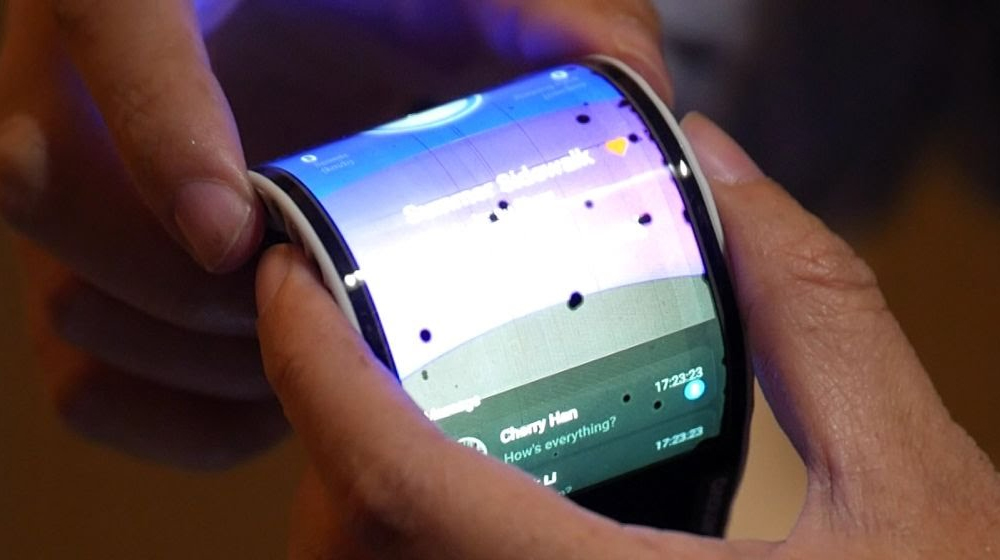 We’ve all been hearing about foldable phones being made by a number of manufacturers including Samsung, Huawei, LG, and Lenovo.

We’ve seen drawings, patent diagrams, and other concepts, but no actual footage of a working foldable phone. However, a new video has surfaced online that shows a working Lenovo prototype which can be folded like a pocket-sized wallet.

The phone works just fine, it can run apps and display its content on a functional screen even when its folded in half. Though it has massive bezels and an unattractive design, its foldable characteristic is still interesting and is the first visual representation of what we can expect from future devices.

Take a look below:

The Next Big Thing

At its edge, there’s a similar hinge we got to see in Huawei’s patent. The idea is to switch back between a tablet sized display and a smartphone, so we can expect future devices to be much bigger than the prototype above.

In the video, the Lenovo prototype has a black spot on its right edge. It stays even when the phone is unfolded so it is likely to be a fault with the prototype, and not a problem with the concept.

Of course, the consumer-ready version will look much different and will go through a number of quality checks before making it to the markets.

The video just goes to show that it is quite possible with today’s technology to make a foldable display without cracking it, and without turning its touch panel off.

Samsung and Huawei have also publicly announced that they will launch their foldable phones soon. LG also filed for its own patents but has not made any announcements yet.

Watch this space for more updates on the foldable phone front.