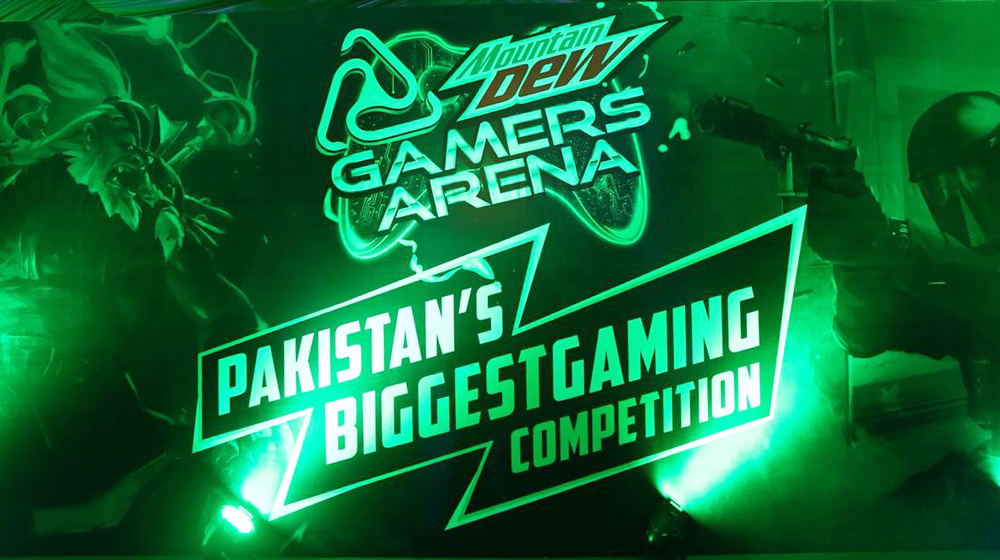 Winners take up to Rs. 1 million in prize money, and international recognition.

Mountain Dew is bringing another round of fun, and huge prizes, for Pakistan’s gaming community at its Mountain Dew Gamers Arena.

In its latest press release, the company introduced its new platform for gamers, that it launched in collaboration with ESL – a well-known name in the international gaming industry.

Mountain Dew Gaming Arena is hosting the largest gaming tournament in Pakistan, with a giant prize money of up to Rs. 1 million (10 lacs) – the highest prize pool ever seen in a local gaming event – where the best teams of CS:GO and Dota 2 in Pakistan will participate.

The winners will take home the prize money, and will get recognized as the best of the best in the country. The biggest gaming event in Pakistan will go on for the next three months, where participants will compete against each other to become the ultimate winners.

Mountain Dew announced this at an event on October 3, where several local celebrities including Feroze Khan, Mikaal Zulfiqar, Cybil Chaudhry, Imran Abbass, Mira Sethi, and Hareem Farooq too part. At the event, PepsiCo’s marketing director Salman Butt took to the stage, and discussed the future of gaming in Pakistan.

He said that his company wants Pakistanis to have a platform to have an international footing in the gaming arena, and discussed his plan to provide gamers with opportunities to display their talent globally. Noted officials from ESL also attended the ceremony, and also talked to participants to answer questions related to the upcoming tournament.

Registrations are now open. You can head towards Mountain Dew’s official Facebook page to register your team for the big competition, or for more queries.