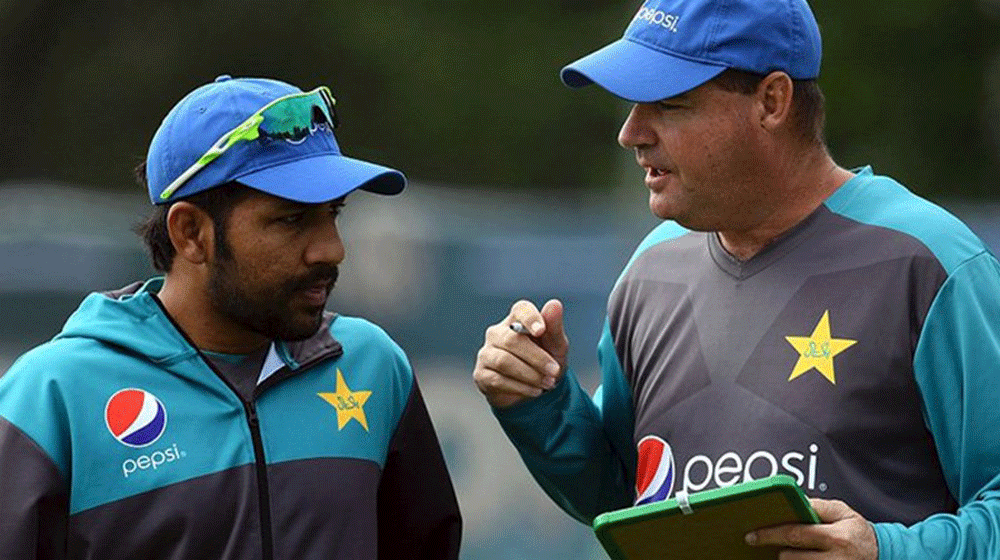 Pakistani players, after failing to claim a certain win in the first Test against Australia, are now working harder to cope with ‘dangerous’ Aussie challenge ahead of the second Test.

Aussies, on the flip side, overjoyed with their performance, are confident to take down the visitors to win a Test series against Pakistan in the UAE and achieve a feat no non-Asian team has done so far.

Green Shirts require a comprehensive plan and a collective approach towards the given plans to achieve what they were denied in Dubai.

But days ahead of the final clash, Pakistan coach Mickey Arthur has given a statement which shows the coach and the captain might not be on the same page.

Call it a grudge against any particular player or reasoning for a poor performance, but Arthur’s statement is a probable attempt at shifting the blame to Sarfraz’s on-field decisions.

Sarfraz often faced criticism for being ‘yes boss’ to the coach, even on the field; but Arthur’s recent statement is telling another story. Sarfraz’s recent past has shown that he’s been a passive captain on the field and has gone with the team management’s plans instead of his own instincts like he used to.

Speaking to an international newswire service, Pakistan’s head coach conceded that Sarfraz went against his decision to start with Wahab Riaz on the last day.

“I told Sarfraz that we should have gone with Abbas and Yasir but he had spoken to some senior players and they told him to bowl with Wahab Riaz,” Arthur told in an interview.

Arthur’s habit of putting the blame on the players, when Pakistan shows a dismal performance, is well known. Instead of focusing on coaching the players and working on the team’s actual gameplay, he’s been more focused on team selection and playing favorites. He had previously used harsh words against Wahab Riaz before removing him from the limited overs side.

“The reasoning they gave was that Wahab was supposed to bring that reverse swing into play and that there were some patches, but I think our best bowlers (Yasir and Abbas) should have been bowling early on,” said Arthur.

He further said the boys were ready for the ‘reinvigorated Australia’ and hoped that they won’t let another chance slip away – if only Australia gave one.

The two sides are set to meet in the series-decider at the Shaikh Zayed Stadium, Abu Dhabi starting from Tuesday, October 16.