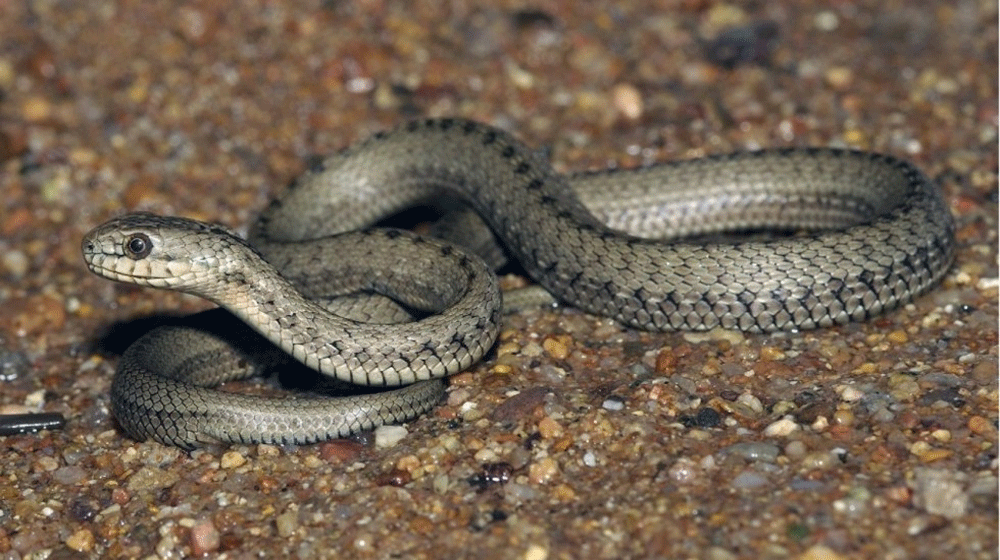 Reports suggest it was a Kobra snake that made an appearance at the airport’s apron.

The management swung into action and killed the deadly reptile soon after media started flashing the news.

It was the second time that a snake has been found at the newly-built airport. In July this year, another snake was killed by the airport staff.

Authorities have not taken any precautionary measures despite receiving several complaints in this regards.

The frequent appearance of venomous snakes has put airport and security staff in fear because the first aid treatment for snakebite is not available at the facility.

Earlier this month in a similar incident, the Civil Aviation Authority (CAA) suspended the airport manager after stray dogs were seen wandering in the facility’s lounge.

Former Prime Minister Shahid Khaqan Abbasi had inaugurated New Islamabad International Airport on May 1, less than a month before the end of PML-N’s term.

The new airport, built at a staggering cost of over Rs 100 billion in the capital, was completed in 13 years.

It has been constructed with several security covers including sirens built with motion sensors. The airport has Airport Security Force, Rangers and the police personnel stationed at the grounds.

Despite being labelled as the world-class facility, it often makes headlines for mismanagement. During the monsoon rain in the federal capital, the airport could not resist the first round of rain as its passenger terminal was inundated by the rainwater.