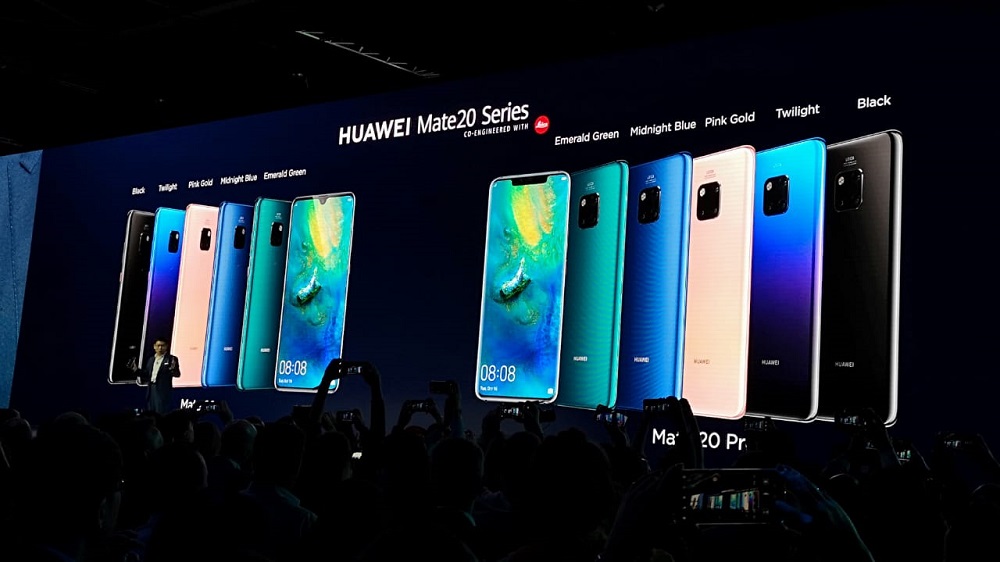 Meet the best Huawei phones ever made.

Huawei, the second largest smartphone manufacturer in the world held a big event in London today to launch its much-awaited flagships, Mate 20 and Mate 20 Pro.

ProPakistani is at the event and is covering everything as it’s announced.

The Mate 20/Mate 20 Pro is the first phone to run the Kirin 980 chipset, the first 7nm processor, faster and more efficient than the Snapdragon 845. It will also be the first smartphone duo to have nano-memory cards – which are smaller than ordinary microSD cards.

There’s a lot to cover, so without further ado, let’s talk in detail about what makes the Mate 20 duo special. 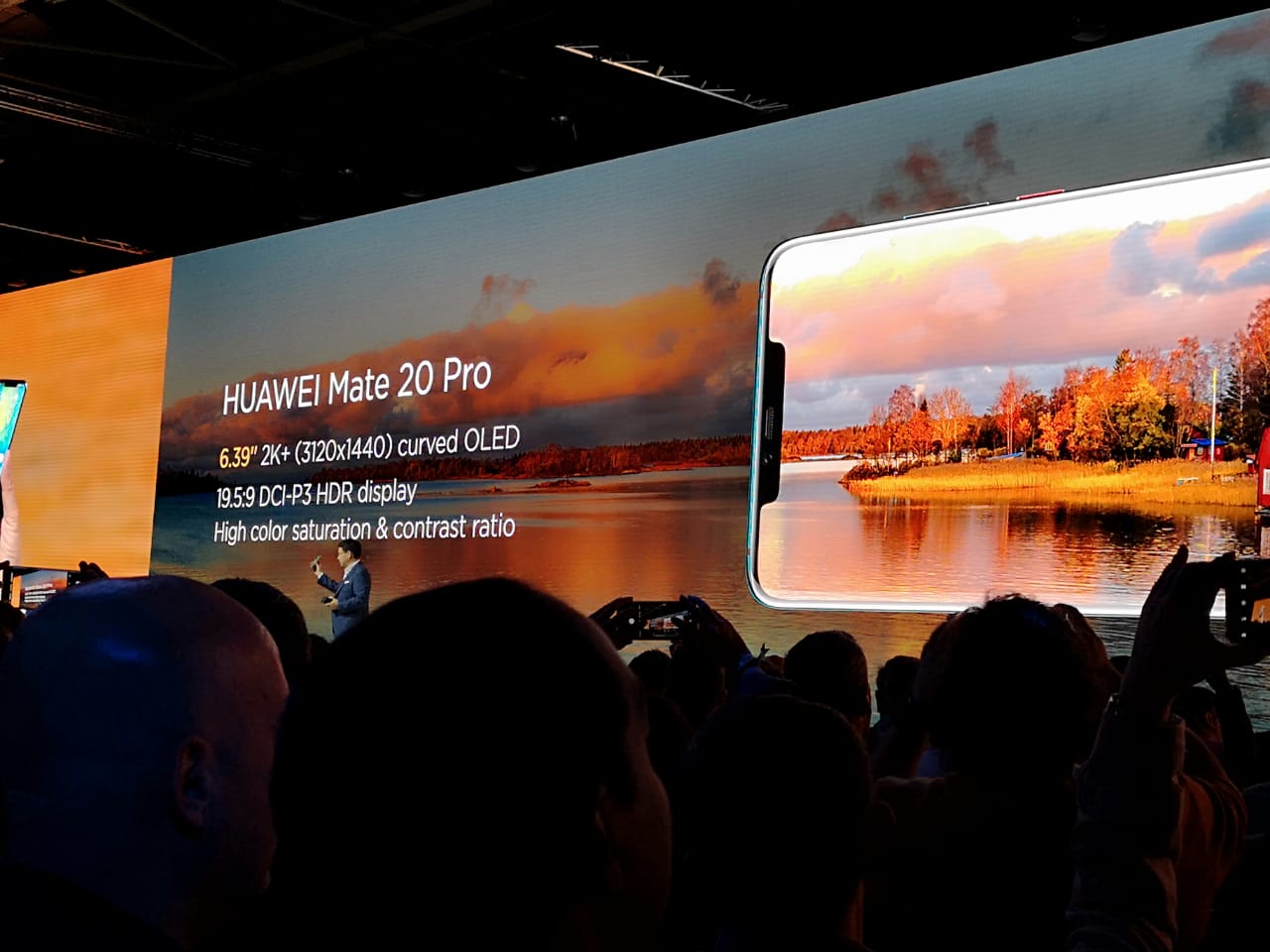 A notched display, which was popularized by the iPhone X, is being maintained by Huawei for its latest Mate 20 Pro. While the Mate 20 uses a more immersive waterdrop notch instead. 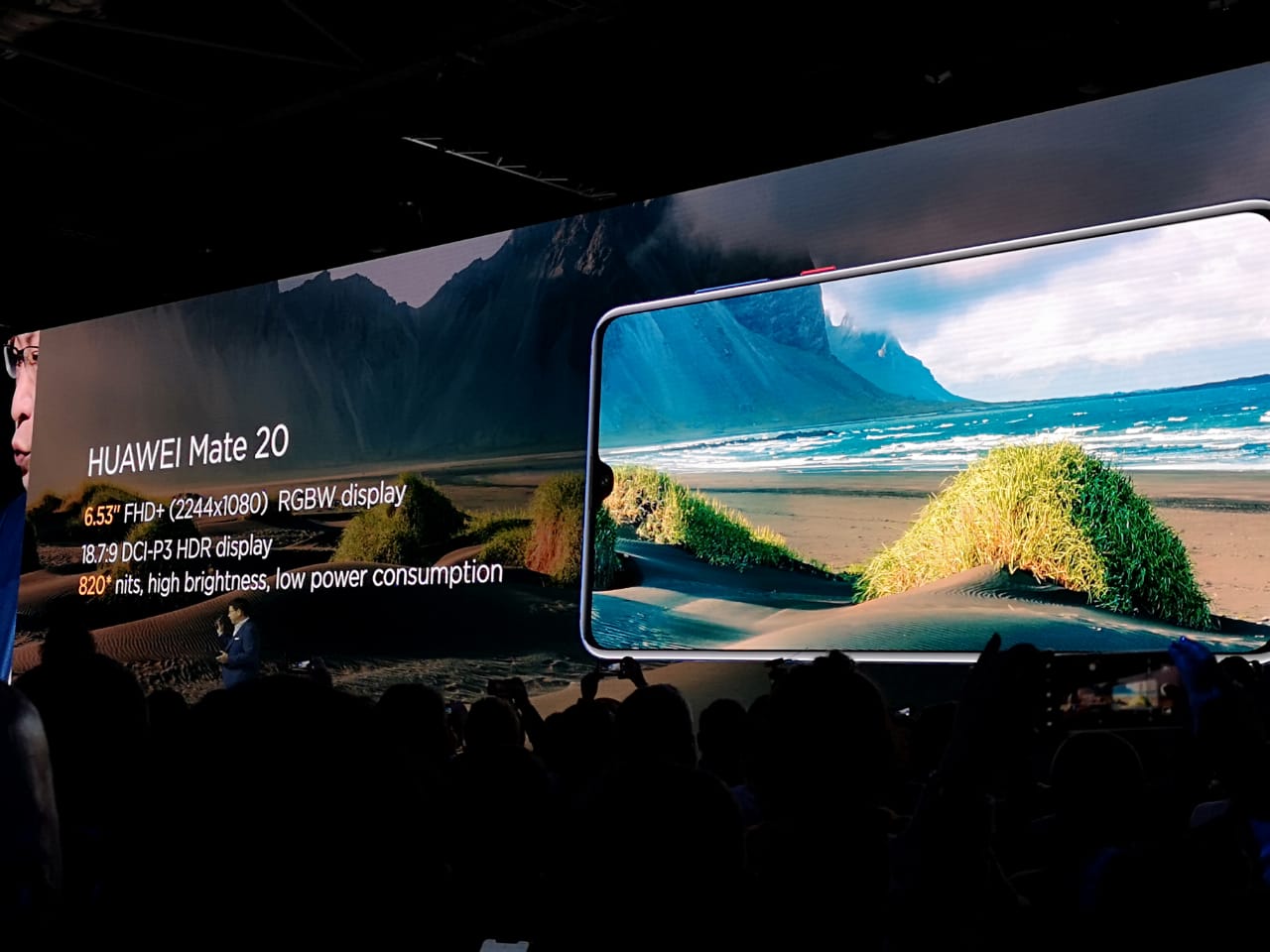 The Mate 20, on the other hand, has a larger 6.53-inch display with Full HD+ resolution and HDR 10 support.

Both phones support up to 820 nits of brightness, which is impressive in their own right. 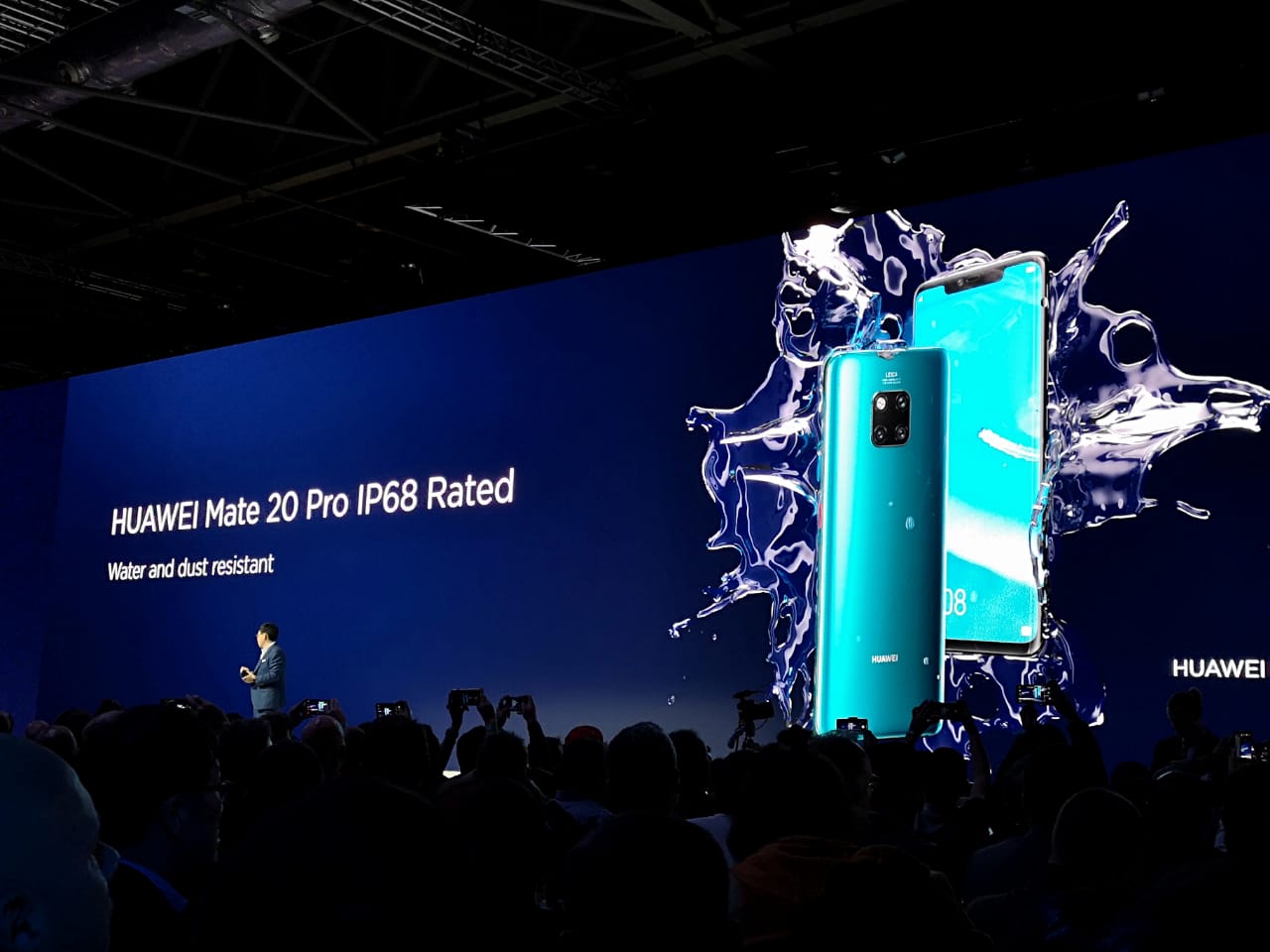 The chin on the bottom has been reduced, with Samsung-style curved edges to complete the package. Other than that, the phones are IP68 certified (dust/water resistance up to 2m for 30 mins). 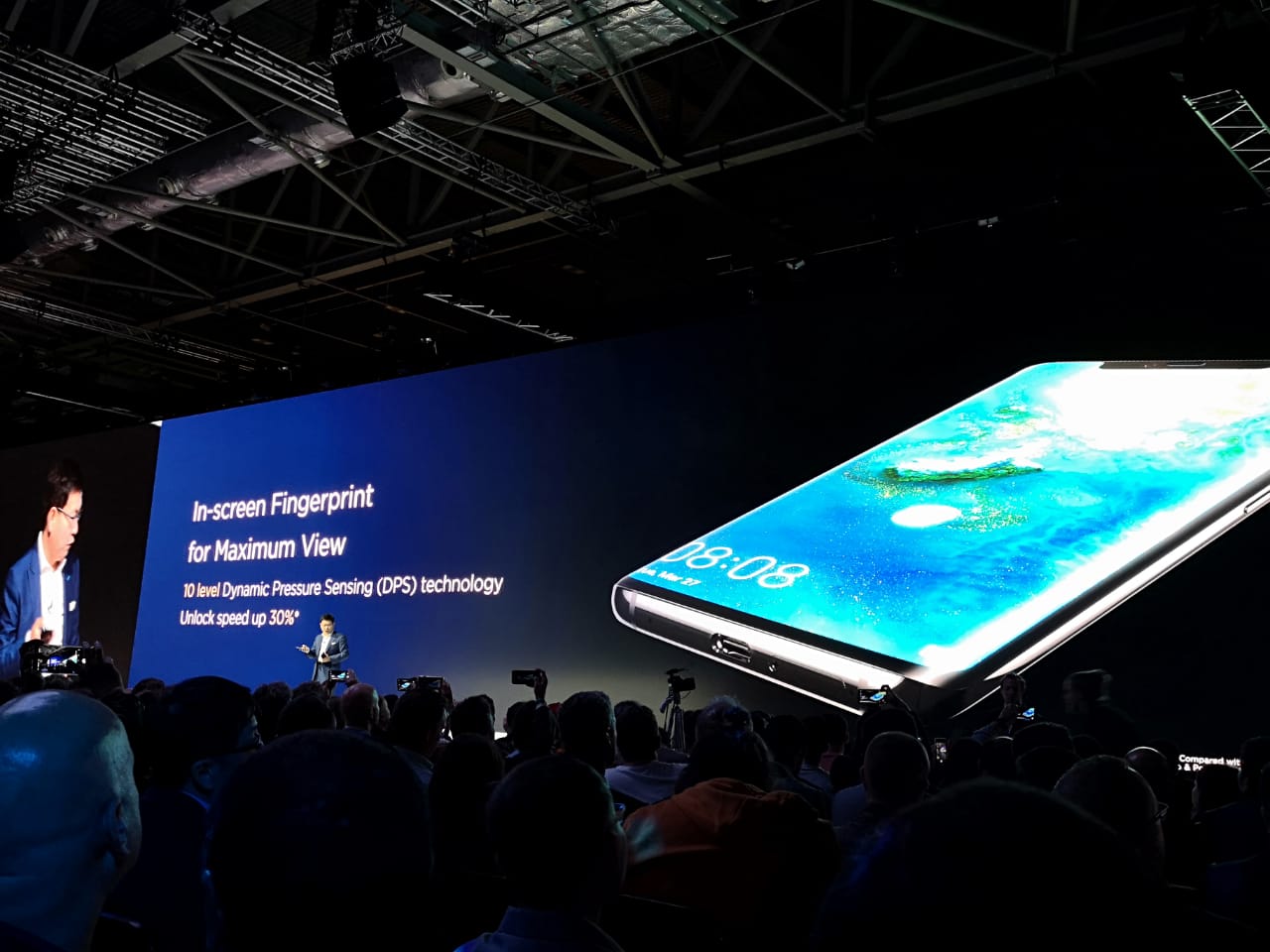 Mate 20 makes do with a regular fingerprint reader while the Mate 20 Pro comes with an in-display fingerprint scanner. 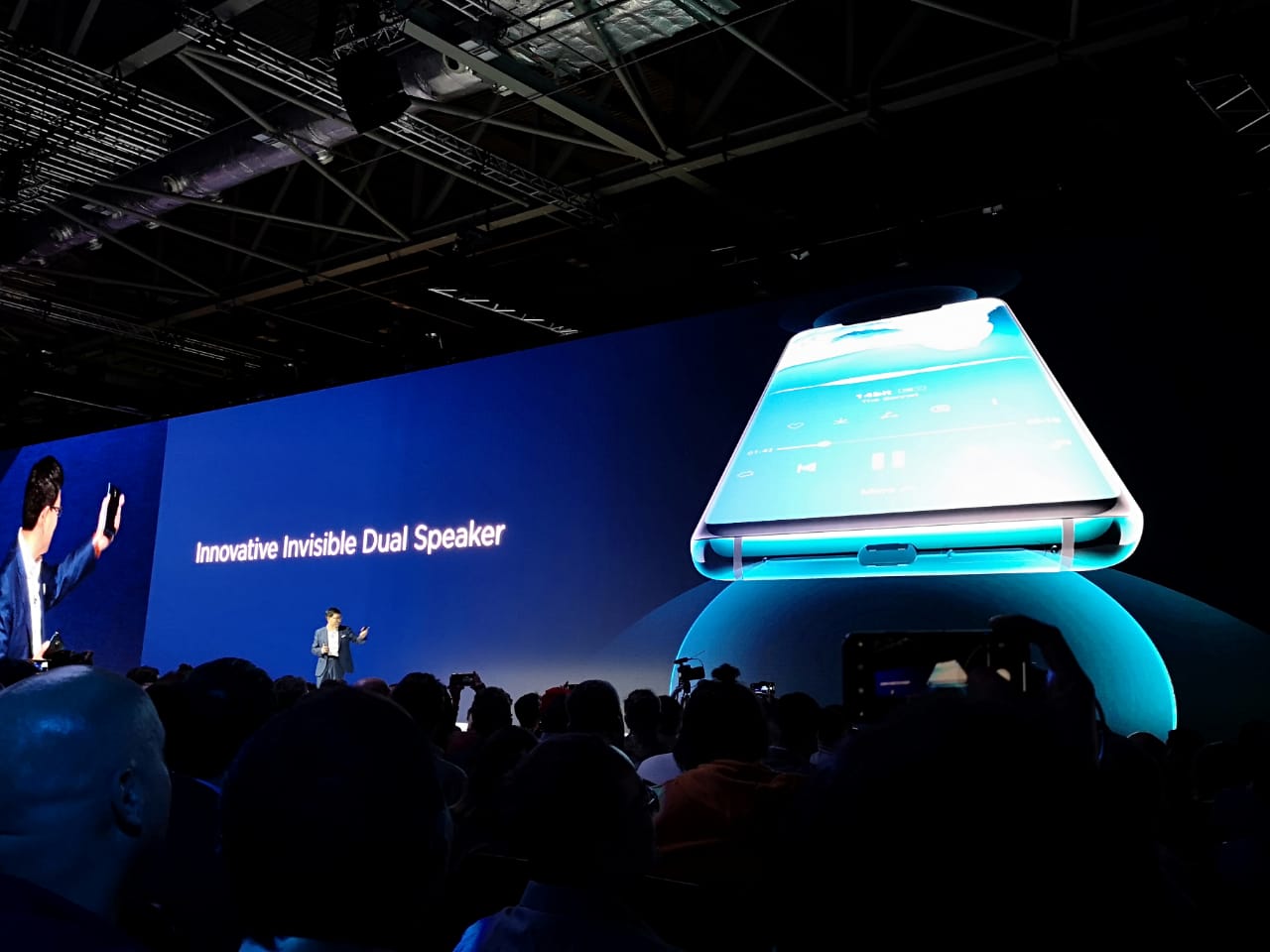 The Mate 20 Pro also features dual invisible stereo speakers, with no grilles at the bottom. 3D face scanning tech is also onboard the Mate 20 Pro, while the Mate 20 misses out on it. 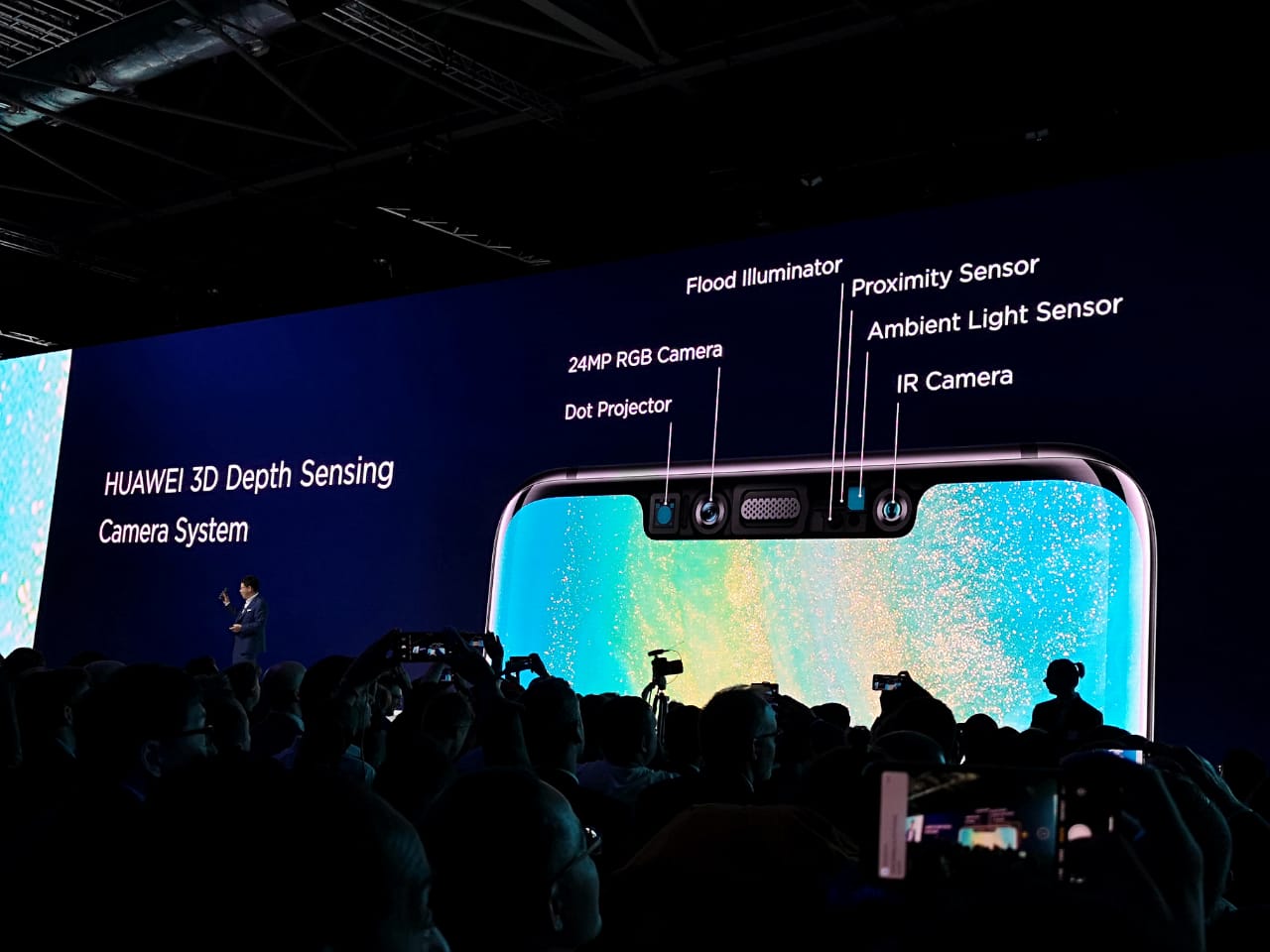 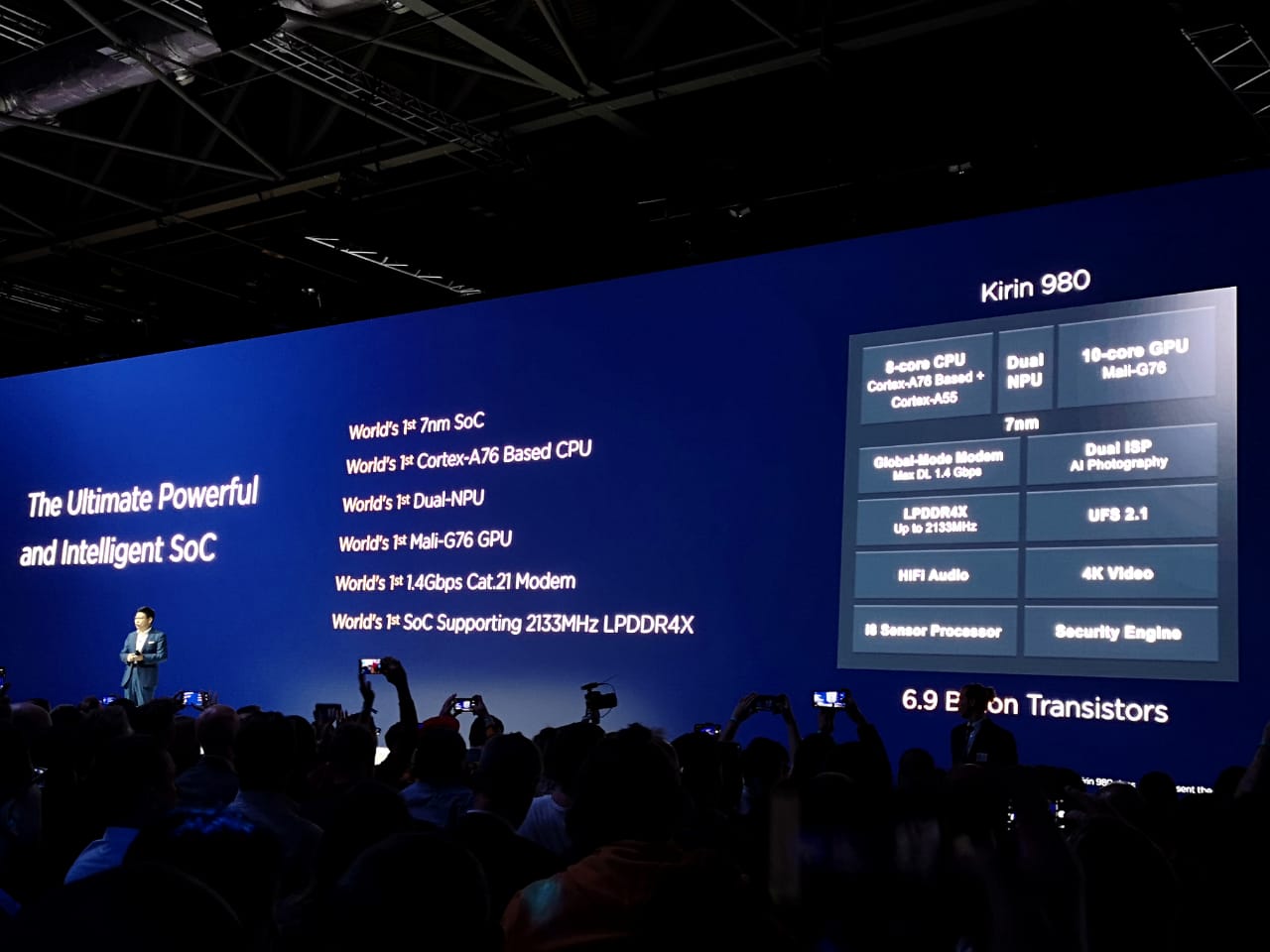 As mentioned earlier, the Mate 20 phones will be the first to run a 7nm Kirin 980 chipset. It has been manufactured using a more sophisticated and efficient 7nm architecture, that promises faster processing power and lower battery consumption. It’s a significant upgrade over the previous Kirin 970, as seen in the image below. 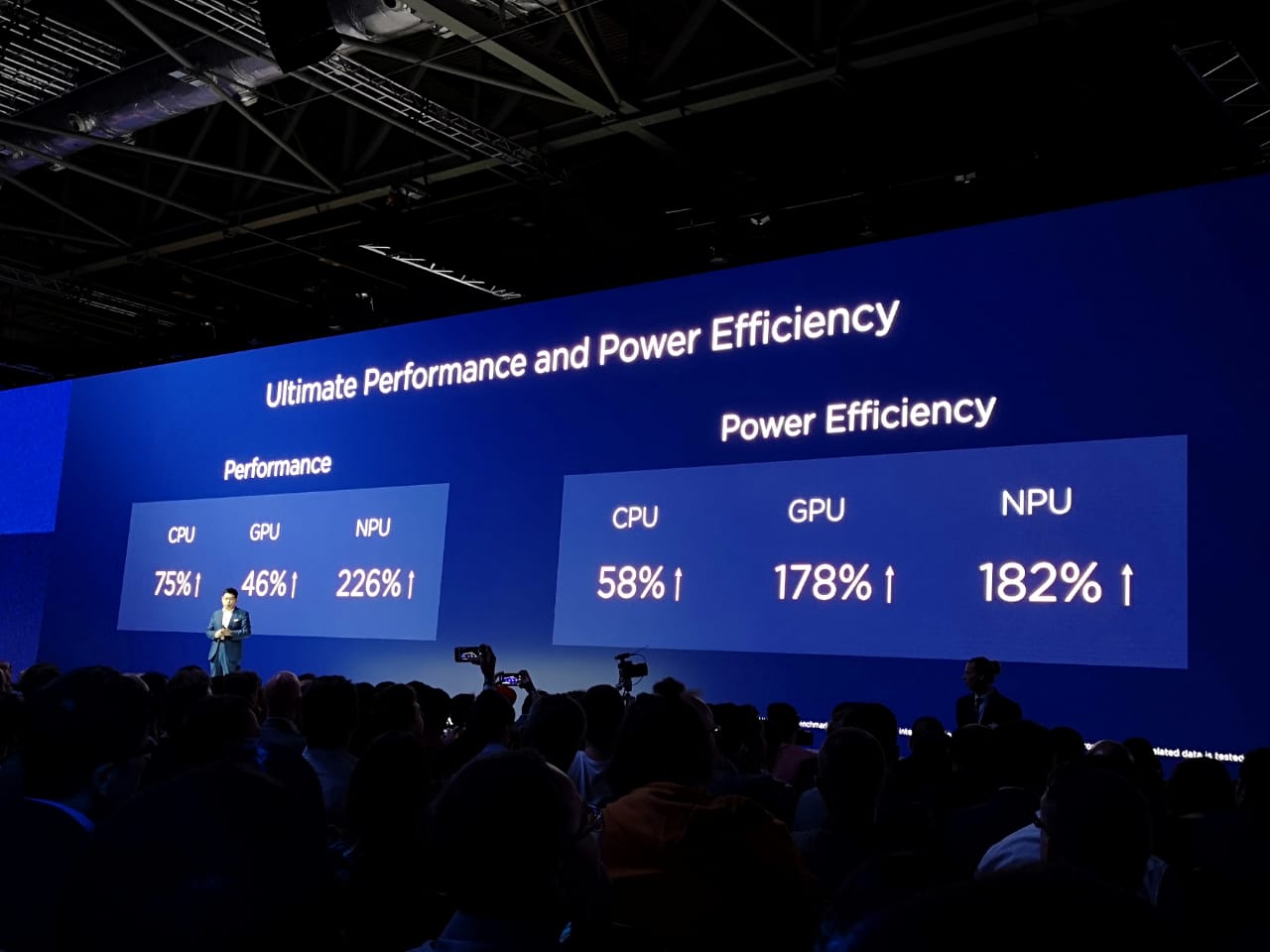 Huawei is the second company to use 7nm processors in its smartphones. The first one was Apple, whose A12 chipsets – used in the iPhone XS lineup – had a similar manufacturing process. However, Huawei says that its chips are better than the American competitor.

RAM comes in 6GB while storage options are limited to 128 GB. The phones don’t have a microSD slot, but you can still expand your storage using Huawei’s all-new nano storage card, which runs exclusively on the Mate 20 duo for now. 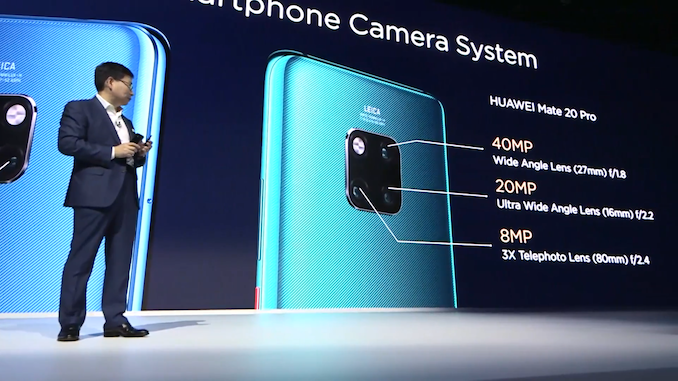 If you have been keeping up with Mate 20 pre-launch reports, you might know that the phone was expected to come with four rear cameras. It was clarified today, when the company officially unveiled the device, that the Mate 20 Pro has a triple camera arrangement instead. The set up is similar to P20 Pro’s, consisting of a primary 40MP lens and two additional 20MP and 8MP lenses. 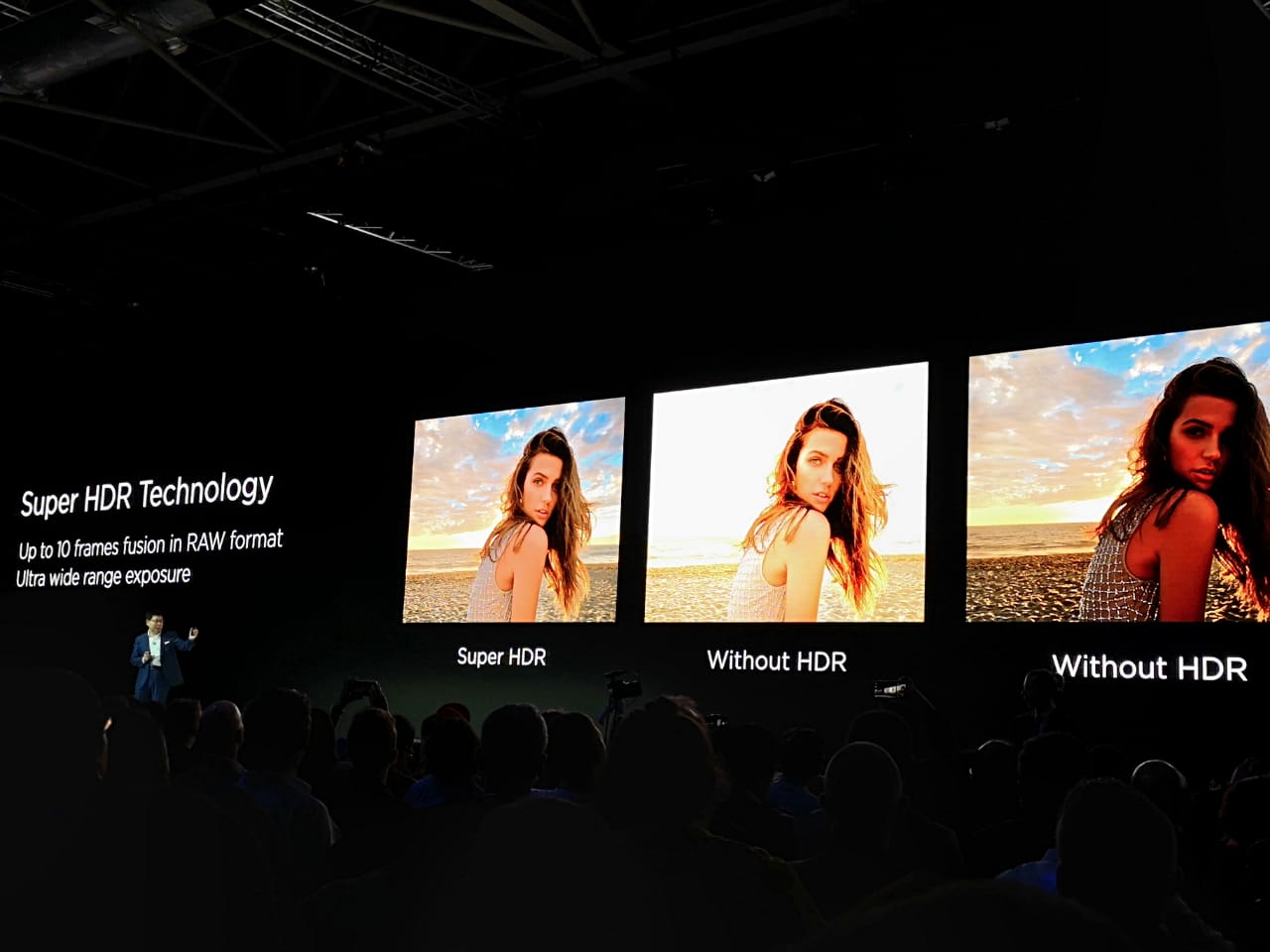 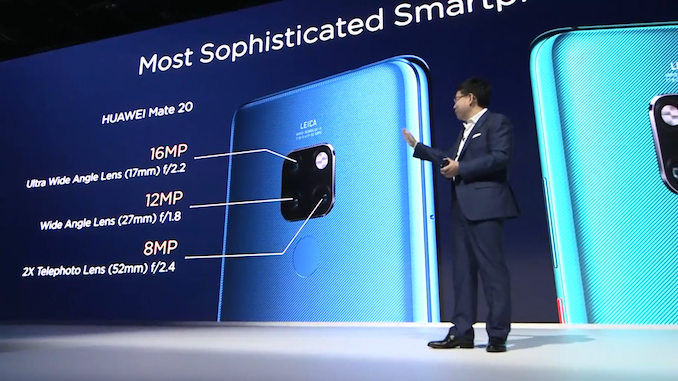 The Mate 20 Pro’s primary 40MP lens has a f/1.8 aperture and combines two pixels into one to add crisp details to its images. It also supports all the high-end features, including OIS, dual pixel AF, [email protected] video recording, and scene detection. 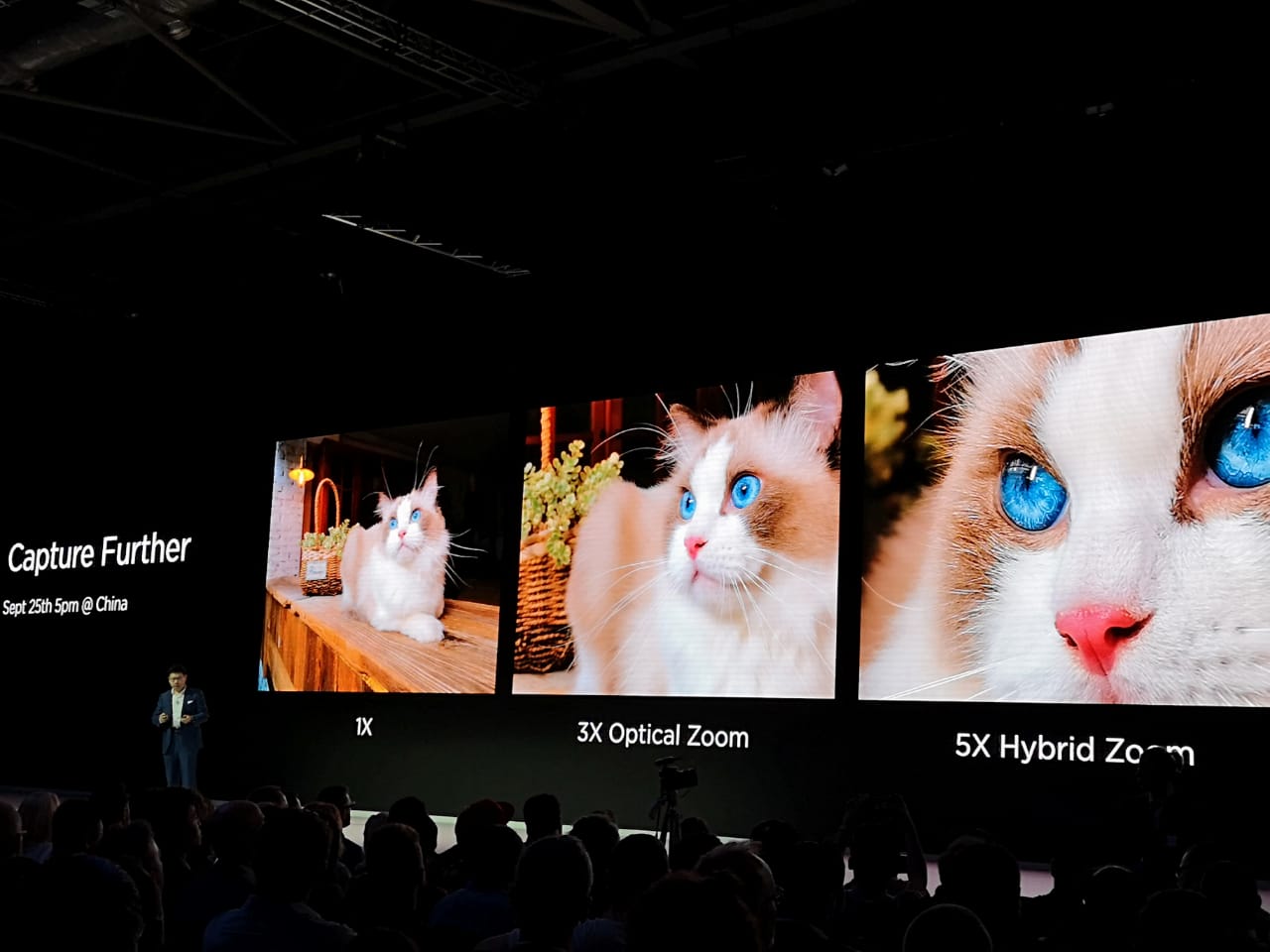 Additionally, it pairs with the other two sensors for 5x lossless zoom. Talking about the other two cameras, the 20MP secondary camera is actually an ultra-wide sensor, to take zoomed-out photos with a larger FOV. The tertiary 8MP camera is an ultra-wide type, that does most of the work when taking zoom shots. 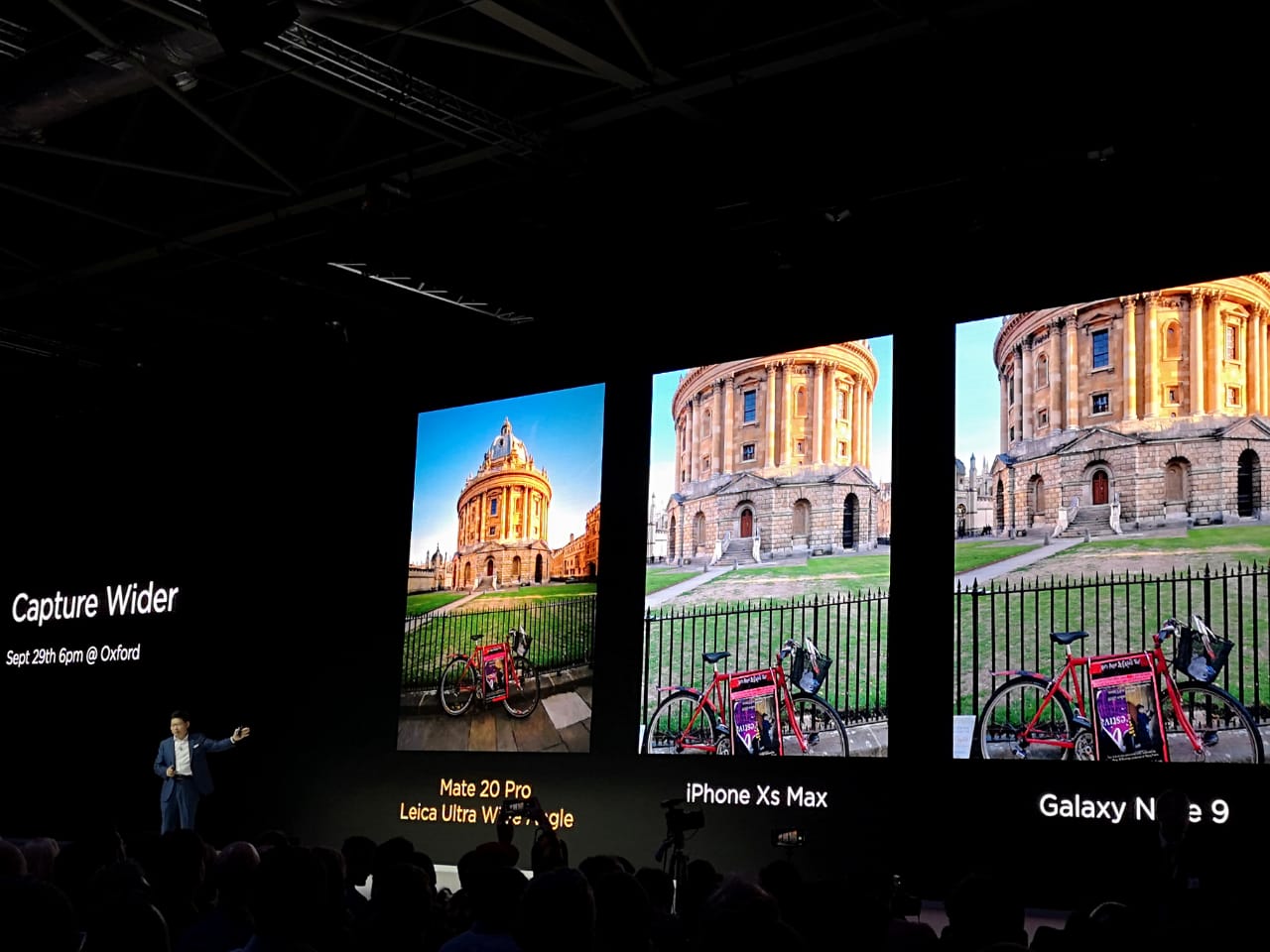 Of course, the AI features – that were introduced by the Mate 10 duo – are still present, and have also been improved for the latest flagship. 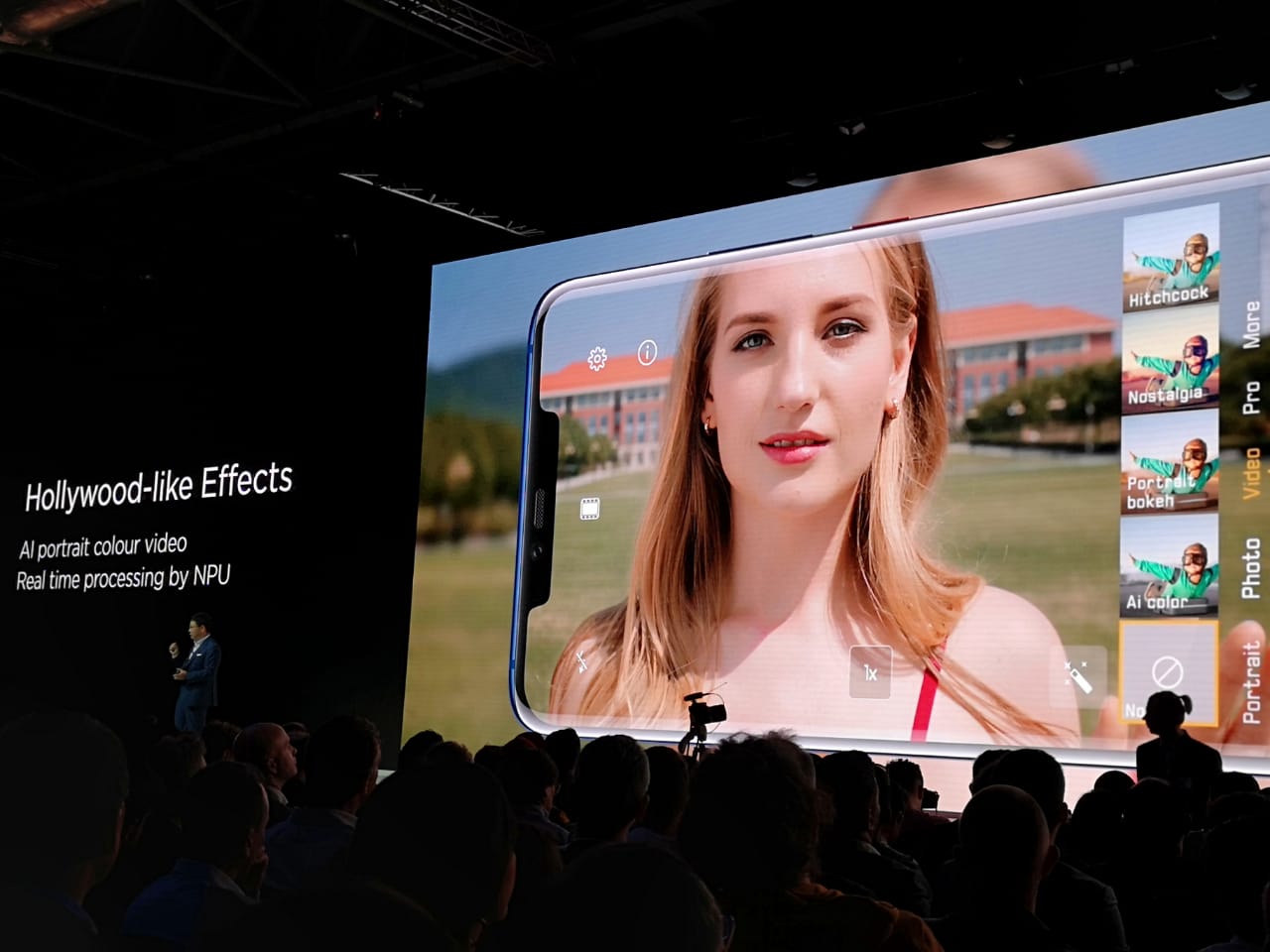 This time, Mate 20 will use two neural processing networks to shoot images, and still, use scene detection algorithms to figure out color settings for your images. 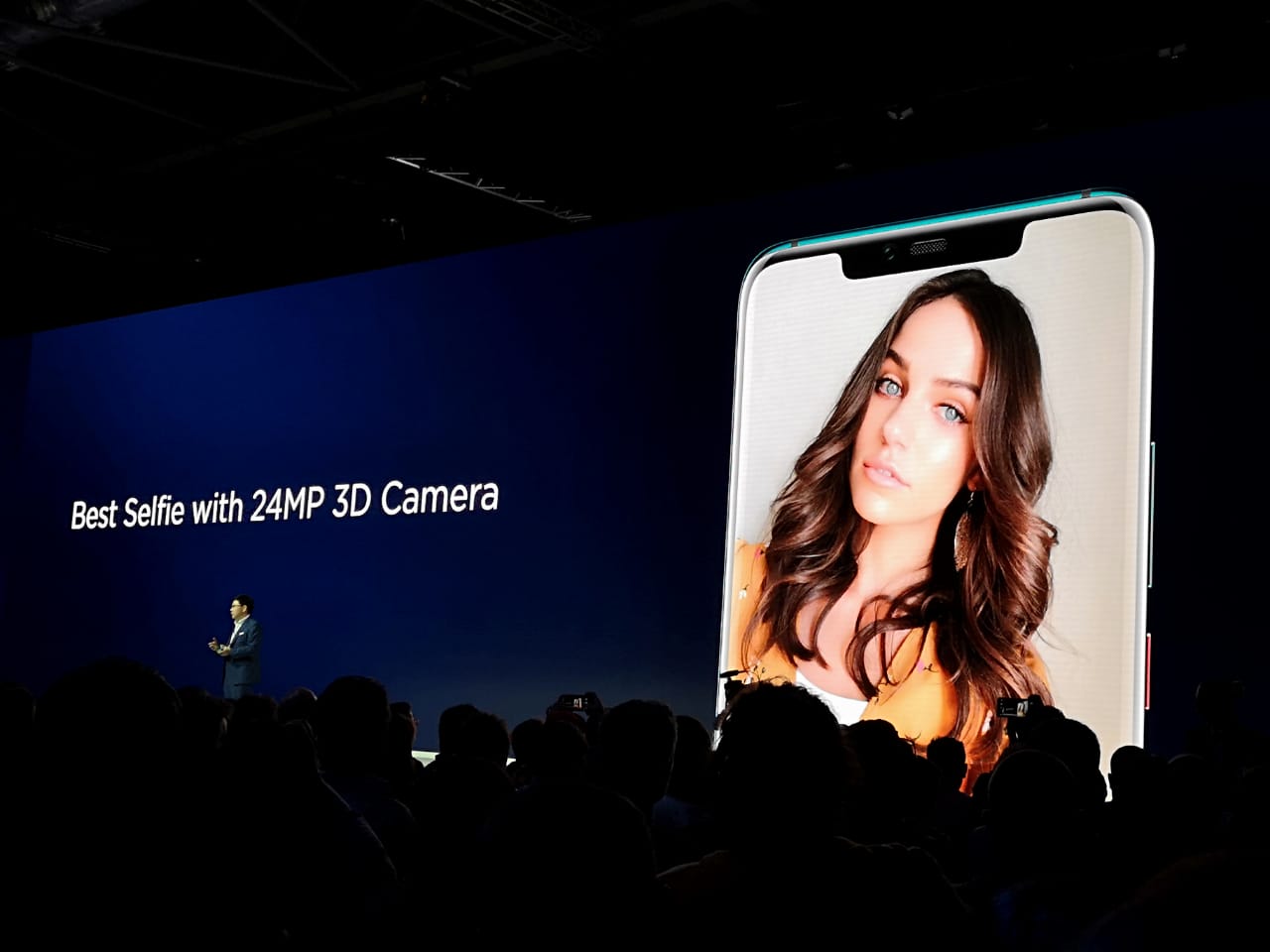 At the front, both cameras have a single 24 MP sensor, no dual cameras here. 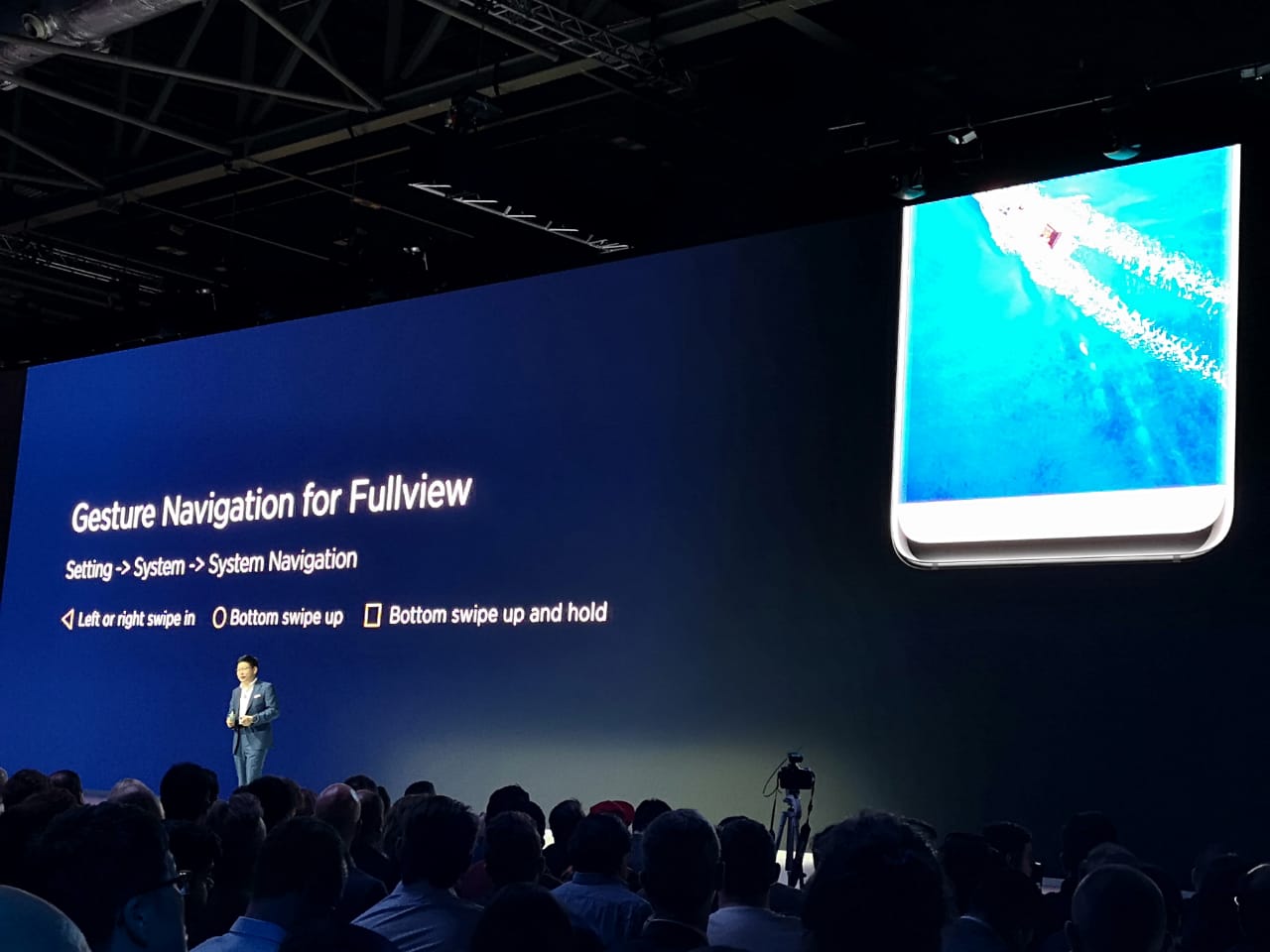 The software will be Android 9.0 Pie, running Huawei’s EMUI 9.0 skin on top. It has a host of AI features as well as gesture based navigation and improved protection. 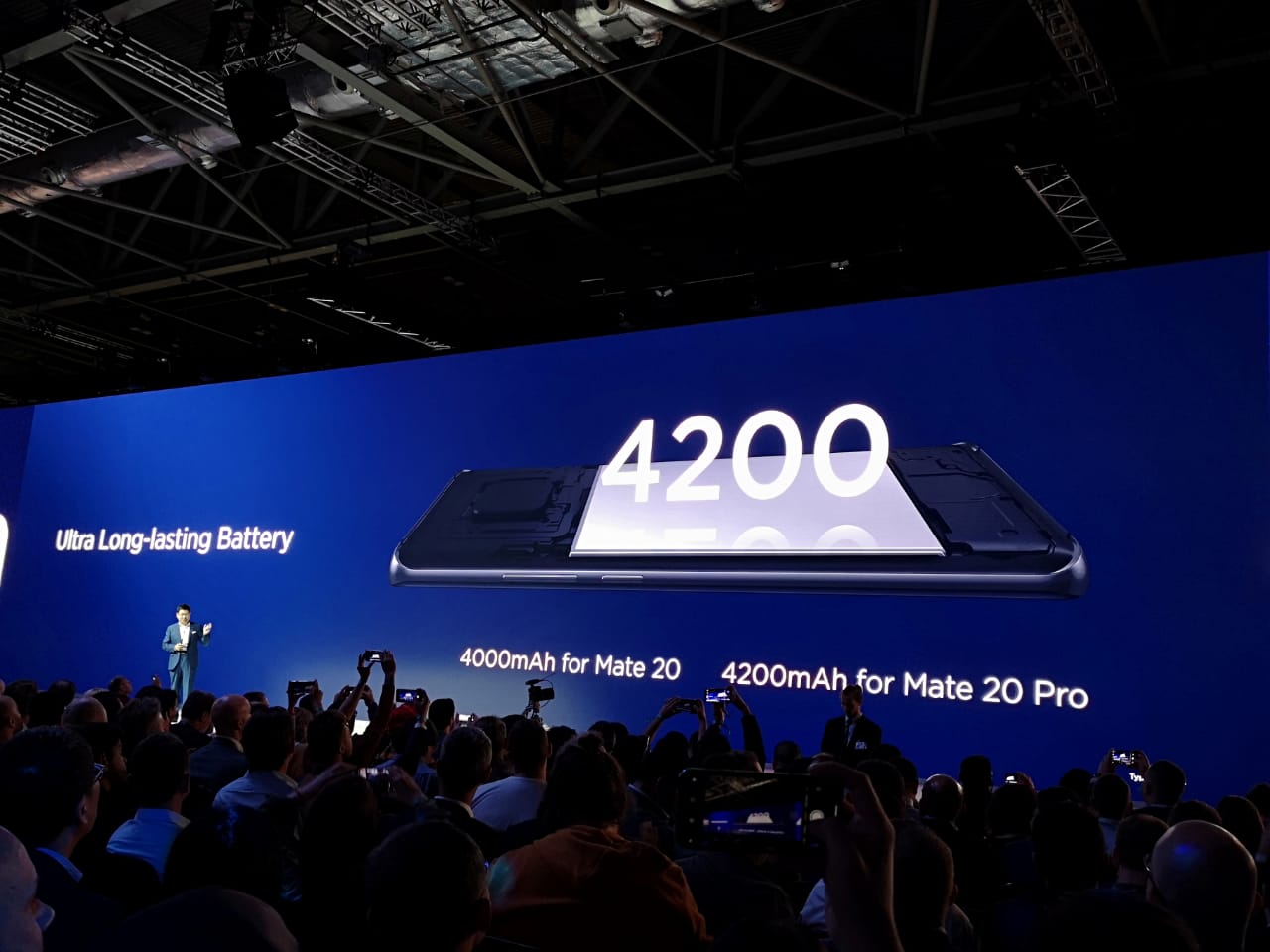 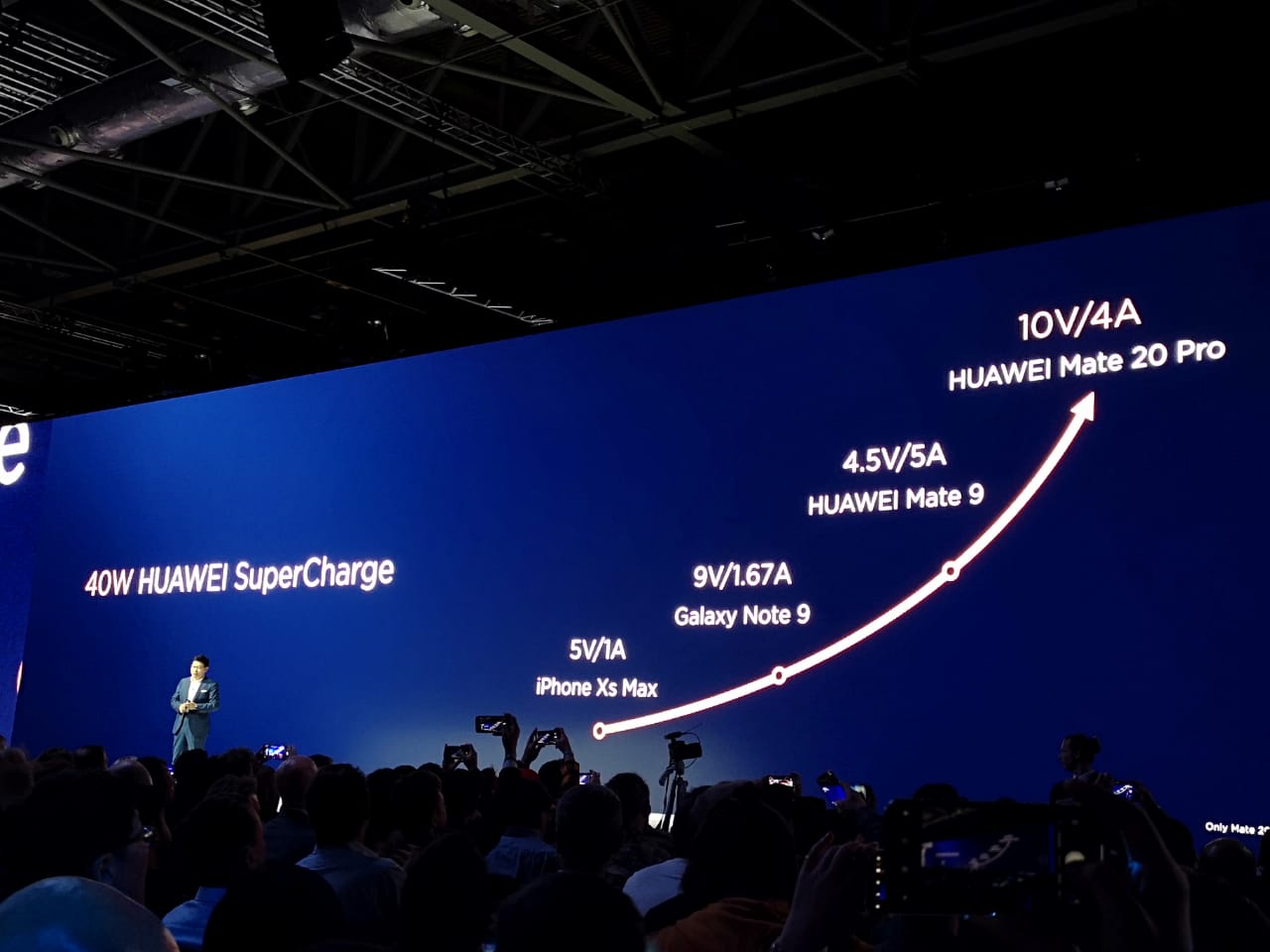 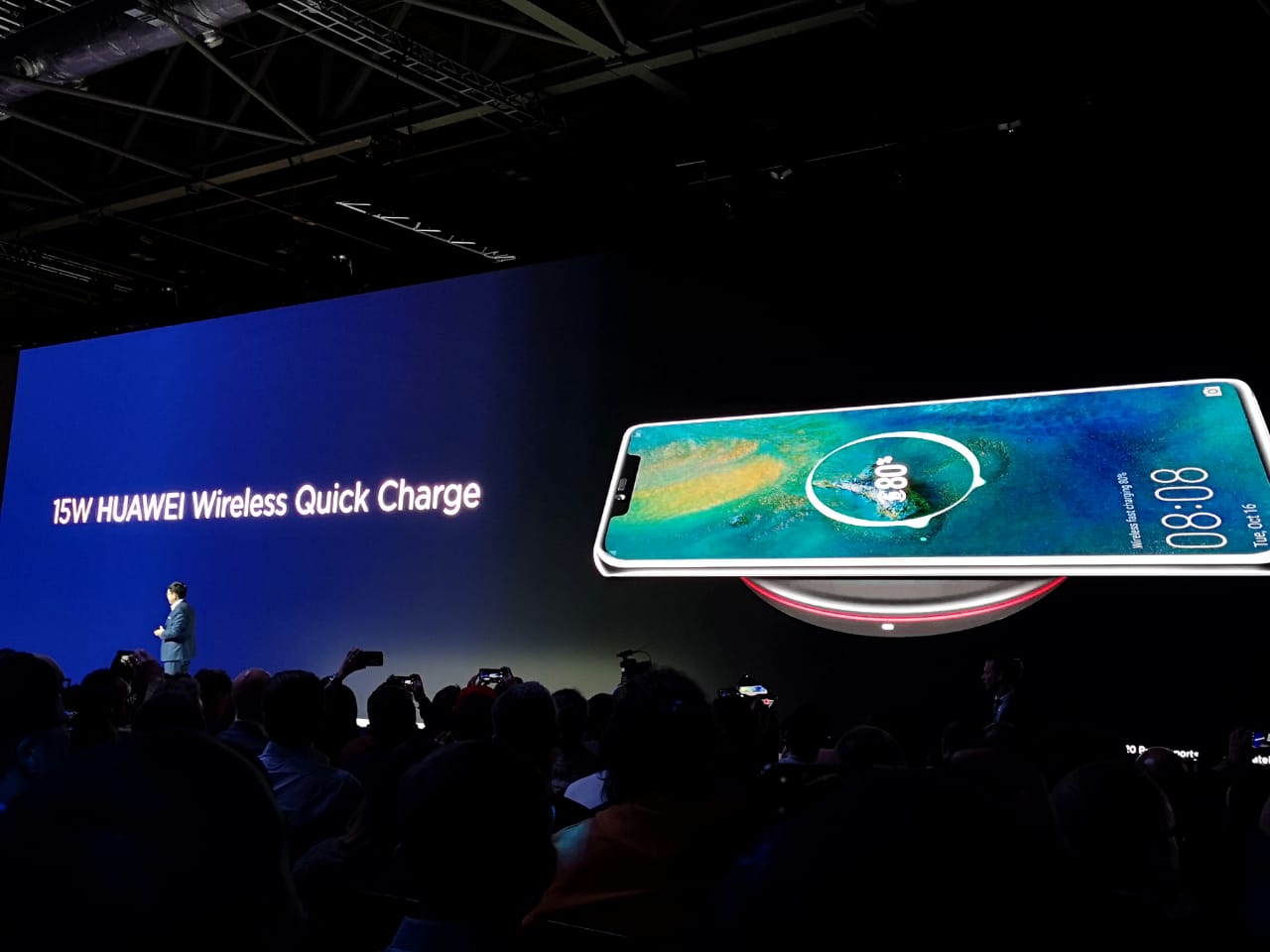 Other than that they also feature reverse wireless charging, letting them charge other phones wirelessly as well. 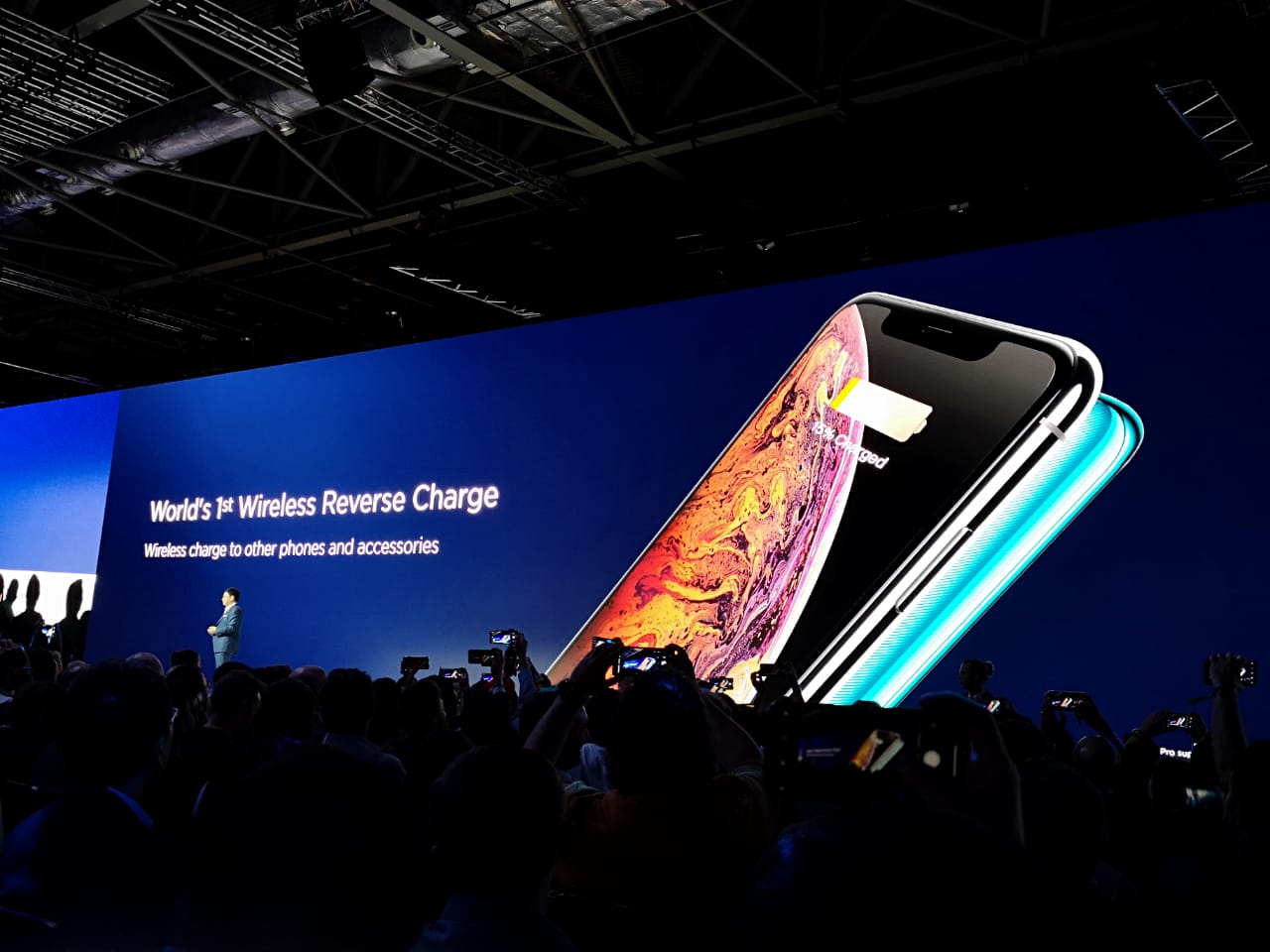 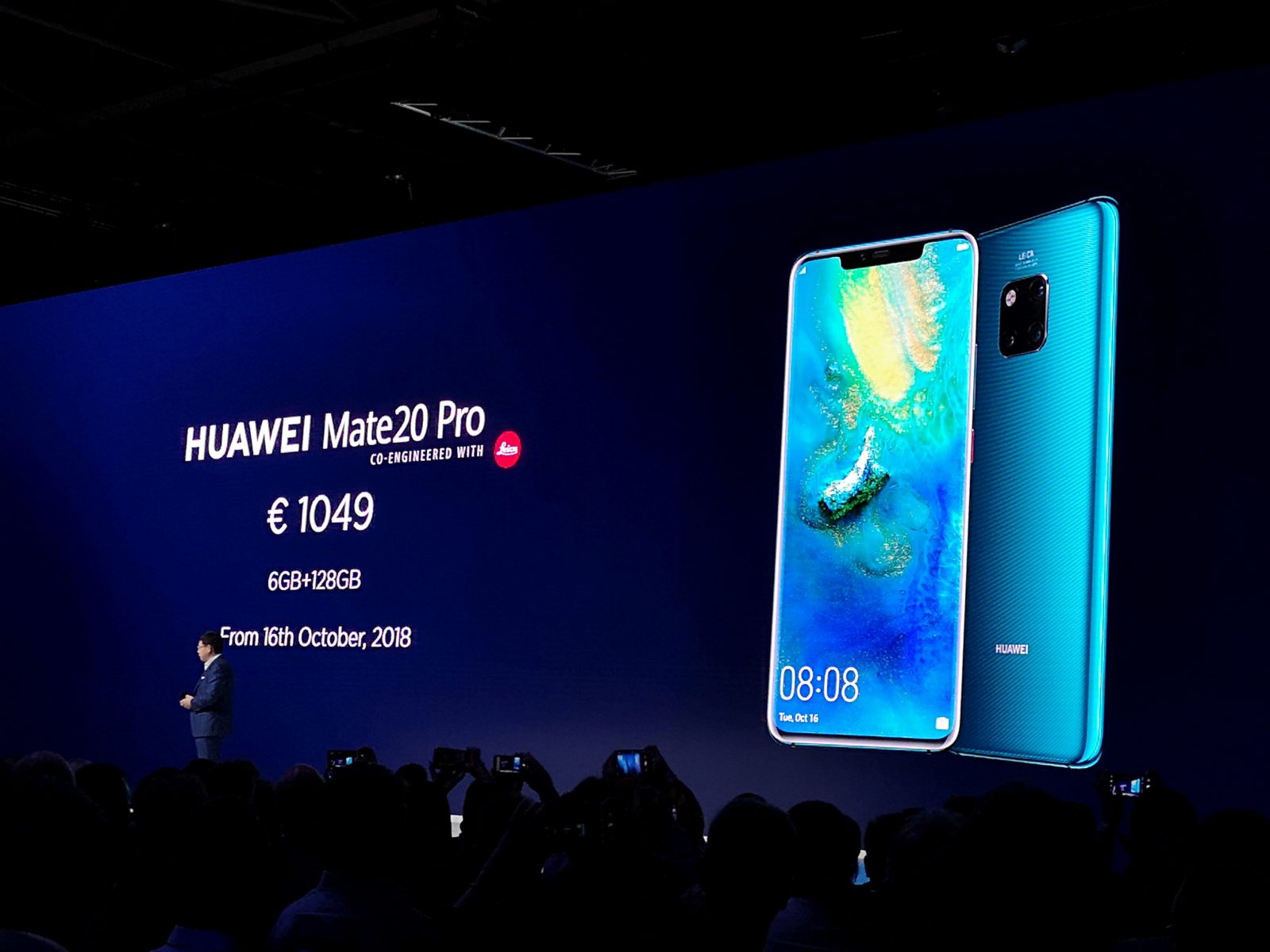 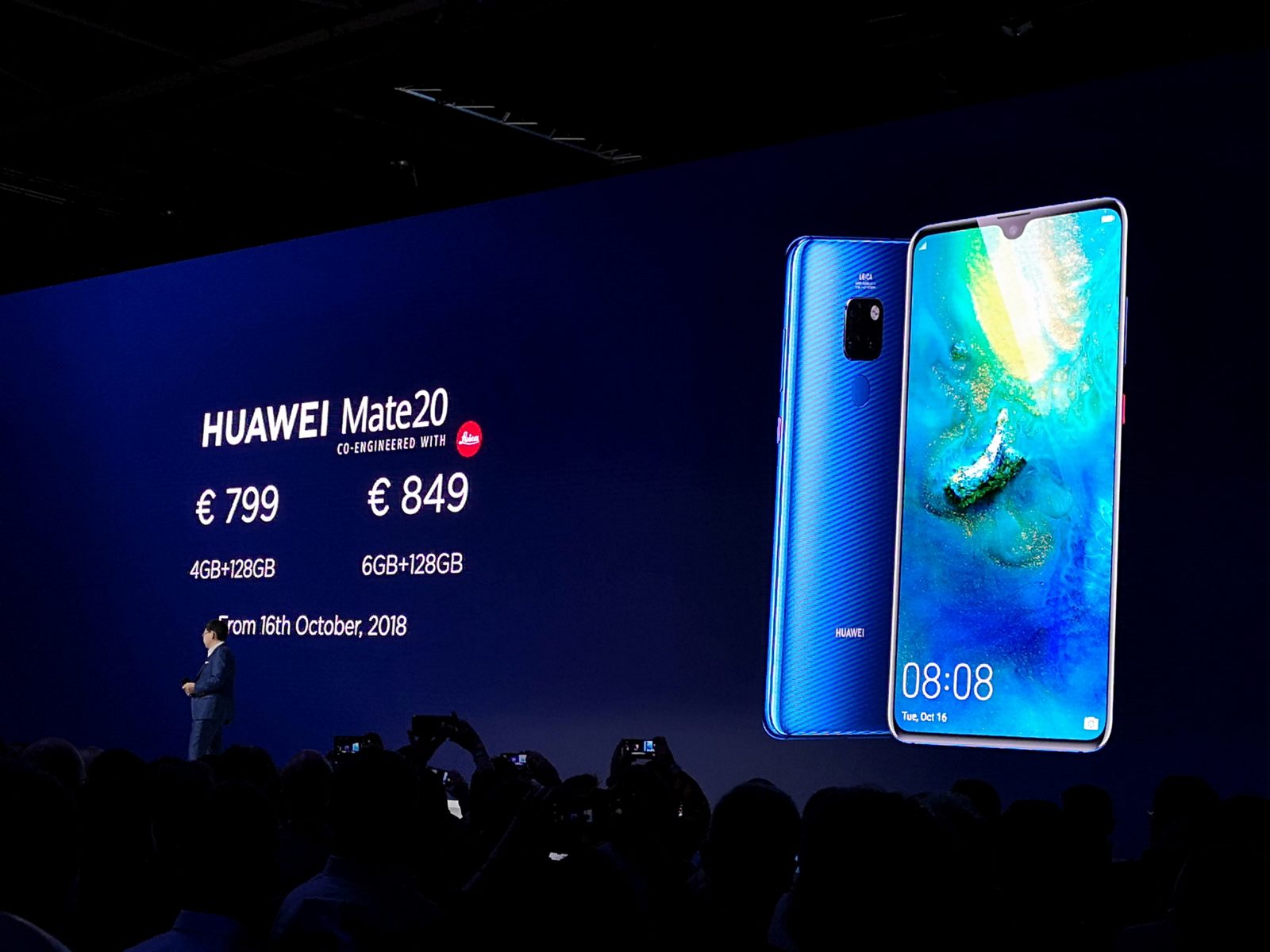 This is a developing story, more details will be added as they are announced.