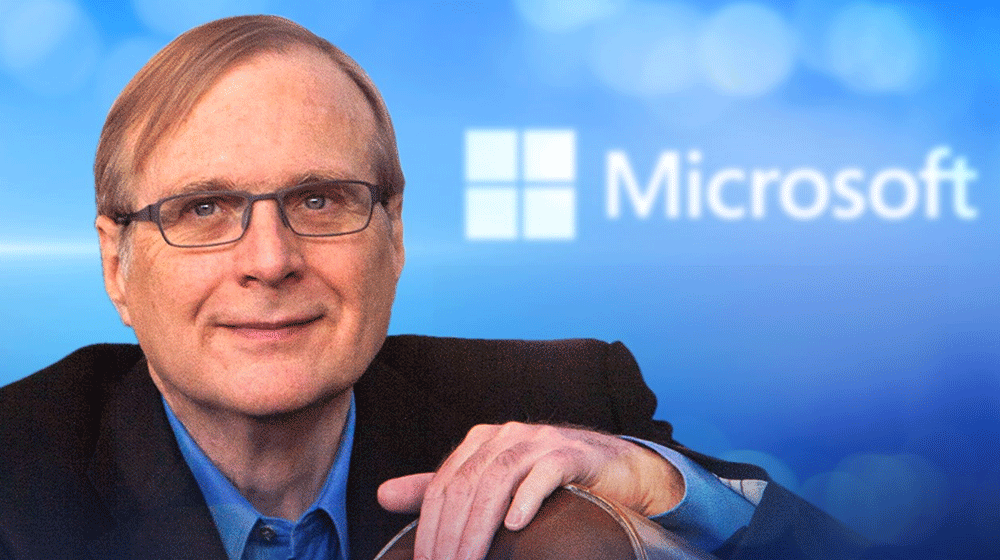 Paul Allen, who founded the tech giant Microsoft with Bill Gates, died last night at the age of 65, his company Vulcan announced.

Allen, the childhood friend of Bill Gates, revealed earlier this month that the cancer that he got treated for 9 years ago had returned.

He was suffering from non-Hodgkin’s lymphoma – a form of blood cancer.

“I am heartbroken by the passing of one of my oldest and dearest friends, Paul Allen,” said Bill Gates said on Monday.

Google’s CEO Sundar Pichai also expressed sorrow for the ‘loss of a great technology pioneer’ in a Twitter post.

“We lost a great technology pioneer today – thank you Paul Allen for your immense contributions to the world through your work and your philanthropy. Thoughts are with his family and the entire Microsoft community.”

We lost a great technology pioneer today – thank you Paul Allen for your immense contributions to the world through your work and your philanthropy. Thoughts are with his family and the entire Microsoft community.

Allen and his school friend Gates co-founded Microsoft in 1975. He worked as the company’s executive vice-president of research and new product development until 1983, leaving Microsoft for health reasons, but he remained as a major shareholder and member of the board.

Allen was the first to pitch the idea of a personal computer in times when computers were the size of a room and it was almost impossible to own one even for top businesses.

It was him who came up with the name ‘Microsoft’ for the company and according to his memoir; he was the man behind the idea of writing a software program for world’s first micro-computers.

In an interview with The Guardian, Allen spoke about his contributions in Microsoft the partnership between him and Bill Gates.

During the founding first eight years, my ideas were definitely key to the company. Bill would test my ideas. I would come to him with another 10 ideas that never went anywhere –he was much more excited on the business side, so we became very complementary.

He was also an avid sports-lover and owned a basketball team ‘Portland Trail Blazers’ and ‘Seattle Seahawks’ – an American football franchise.

Other than that, he was also very much into music. The billionaire released two music albums. The first music album was released in 2000 with a band named ‘Grown Men’ and second in 2013 with his band ‘Underthinkers.’ He wrote and co-wrote all 13 songs of the album and played the guitar himself in his last album.