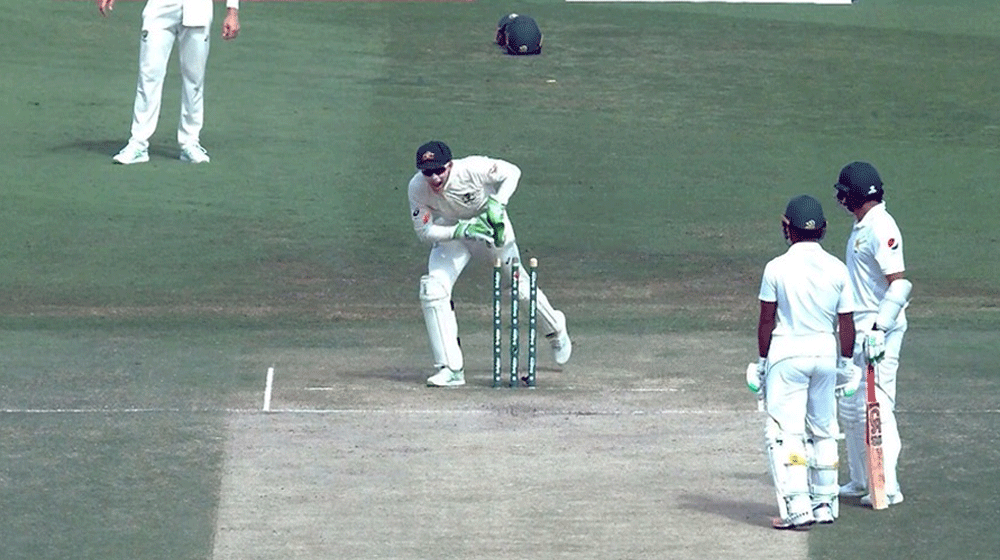 The cricket field has seen so many bizarre things in history. It has witnessed Inzimam’s moonwalk, Angelo Mathews running at a snail’s pace and Mohammad Yousuf’s scary calls for a run, but never have it observed anything that we saw on the third day of the Abu Dhabi Test.

This time it was non of the previous three, of course, it instead involved Pakistan’s one of the quickest runners between the wickets. It was Azhar Ali.

If you think Labuschagne’s run out in the first innings of Australia was careless, I wonder what would you say seeing Azhar Ali’s ridiculous dismissal. 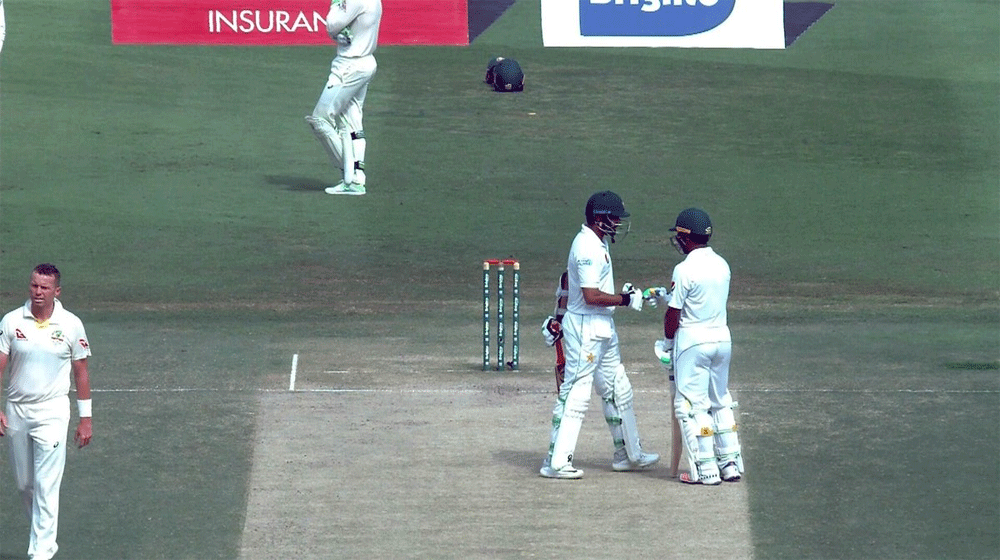 He was sitting comfortably on 64, driving, sweeping and cutting the ball with regained confidence and slowly approaching to the much-awaited hundred, until this happened!

Astonishing run out in Abu Dhabi!

Azhar Ali and Asad Shafiq have a chinwag, thinking the ball had gone for four. Tim Paine whips the bails off! #PAKvAUS pic.twitter.com/rbli7cr2pk

After edging a ball past the slip, Azhar and Shafiq hung in the middle of the wicket, having a chinwag, thinking the ball had gone for four – which in reality, did not!

Starc was smart enough to retrieve the ball, which had stopped just before the boundary rope. Realising the situation, Tim Paine was quick to get to the wicket. He collected the ball and whipped the bails off while both batsman still talking, totally unaware of the happenings.