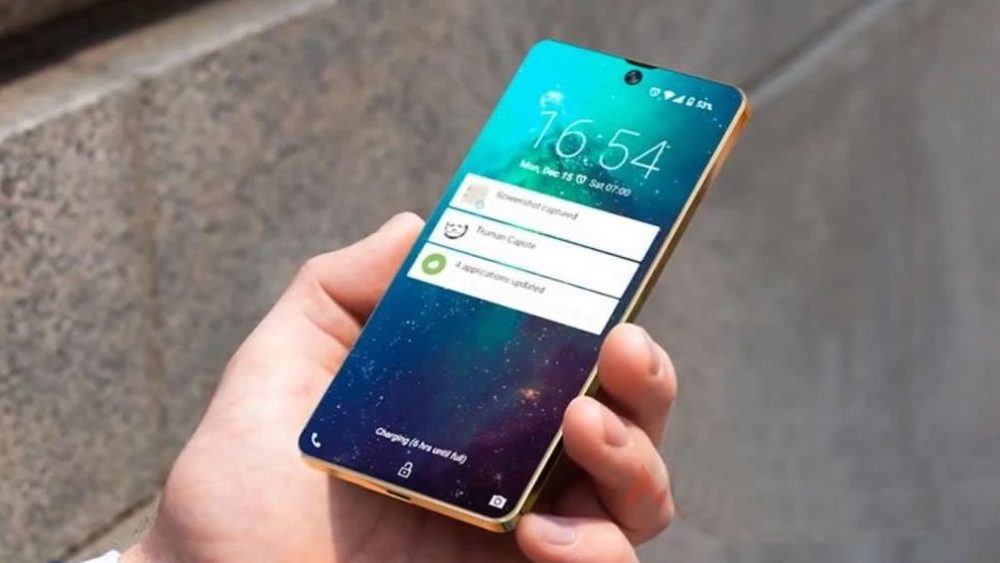 This new technology might end notch phones once and for all.

Ever since Apple launched the iPhone X, the smartphone industry began a “battle of the notches”, launching one notched phone after another.

Samsung – Apple’s biggest competitor – stuck to its curved-edge displays (without notches), but made significant improvements to its design by trimming bezels on its flagship line. And still, the Korean giant is known best when it comes to making smartphone displays.

Google, Apple, Huawei, and even Xiaomi are known to use Samsung panels in their phones, and as the days pass, the company is only improving its display hardware.

Samsung Galaxy S10 Will Have 3 Cameras Including a Wide Angle Lens: Leak

Now, the latest report says that Samsung is looking to end the notched-phone tyranny by making a type of AMOLED panel that will be able to house a selfie camera underneath it, just like an under-display fingerprint sensor.

Great news! Samsung established the direction of mobile phone design in 2019!
On October 18th, Samsung Display invited about 20 customers to hold the "2018 Samsung OLED Forum" at the Shenzhen Marriott Hotel in China. At the meeting, Samsung showed a PPT pic.twitter.com/sYu0ORTd6V

It’s not a new idea by any means, JDI – a Japanese display company – already did it before. The reason it’s going to be big is that if the company somehow manages to fit a camera underneath the display, it will be able to reduce the front bezels to almost zero percent.

Will Galaxy S10 Have the New Display?

Vivo and Oppo have already done that, but their iterations, that use moving motor parts to retract the selfie camera, are somewhat impractical. The reason is that these phones cannot be waterproof, and always pose a risk outdoors as sand particles can easily get inside the body.

#Samsung is working on a new technology trying to hide the front camera underneath the display. My sources told me that there are just a hand full of prototypes using this technology. I don't think we'll see this feature in retail phones until 2020, but who knows 🤷🏽‍♂️

Other than that, devices with moving motor parts always wear out fast.

You might be aware that Samsung is close to launching its upcoming Galaxy S10 flagship.

The company has already been teasing that its S10 will have significant “design changes”, but we think an under-display selfie camera won’t be one of those changes. The phone’s launch is only a few months away, and it seems that Samsung is still in the early development stages of its new panels.

The company is unlikely to place its under-display camera panels, that are still in their prototype phase, in its upcoming flagship. We’ll probably see it on the next year’s Note phone for sure. Until then, watch this space for more news on Samsung.