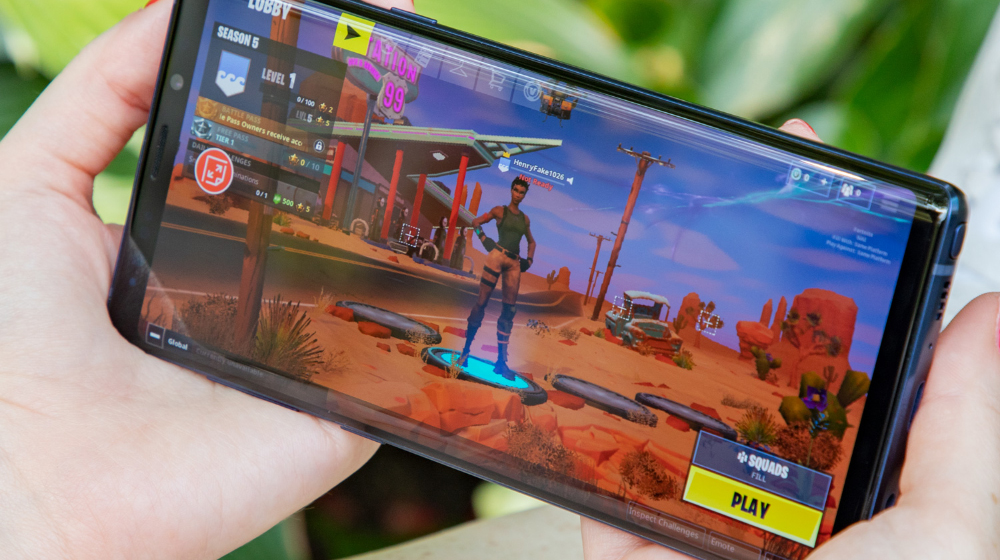 It might have a new type of home-made GPU for better gaming performance.

Samsung seems to be working on a gaming phone and has remained silent about it over the months.

Some time ago, we heard rumors that Samsung is developing a gaming-oriented smartphone, something similar to a Razer Phone designed specifically to run resource-intensive games with better display features, audio, and ergonomics than a standard smartphone.

New details have emerged about the phone on the interwebs.

A rumor, posted by Sammobile in a blog post brings fresh information related to Samsung’s gaming phone. The most interesting bit is that the phone might have an exclusive GPU, home-made by Samsung.

Unfortunately, that’s all we know about this exciting, but mysterious Samsung phone. Some of the other specifications, according to rumors, will include a 19.5:9 display, which is only possible if a phone either has really narrow bezels or a notch.

This makes things a whole lot more interesting because Samsung is the only manufacturer that hasn’t launched a notched phone or one with near zero-percent bezels (much like Oppo Find X). The company’s Galaxy S10 is close to getting launched, it’s likely to have some ground-breaking design changes.

As for the unannounced gaming phone, Samsung is likely to include at least 8 GB RAM and 128 GB internal storage. The South Korean giant is known to push boundaries at times, so we expect at least one variant to have 10 GB RAM. Other expected features include a water-carbon cooling system (present in Note 9), a better display with a higher refresh rate, and possibly some gaming accessory.

For rest of the details, we’ll need to wait and see. In the meantime, keep in touch with this space for more news on Samsung products.