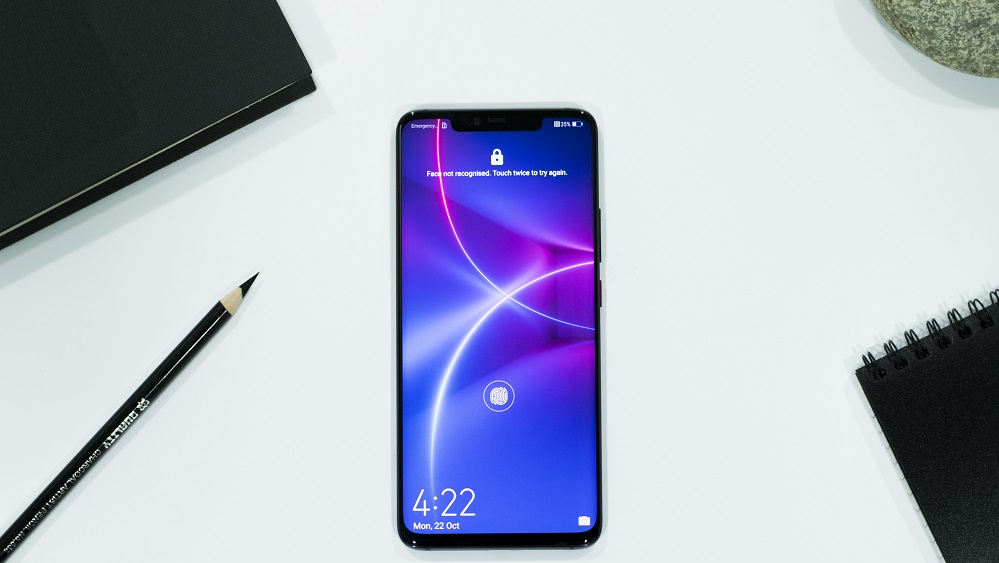 First look and impressions about the best Huawei phone yet.

Huawei has been recently making headlines across the globe, showing amazing new technology. For example, Huawei unveiled the first 7nm processor in the world that was made in-house, also known as the HiSilicon Kirin 980.

That’s not all, in their recent event held on 16th October in London, which ProPakistani attended as well, Huawei launched a bunch of devices out of which their new Mate 20 series grabbed the headlines. Especially the new Mate 20 Pro, and for all the right reasons. The Mate 20 Pro packs a bunch of extraordinary features and also uses Huawei’s own 7nm processor.

ProPakistani was at the event covering it live and also gave its first impressions of the device at the event. However, now we have the device in our hands and it’s time to take a deeper look into the Mate 20 Pro.

The unboxing part of the Mate 20 Pro was a pretty standard experience. The box looked the same as most other Huawei devices in the past, however, there’s a nice textured finish on the box, making it stand out during the unboxing part. 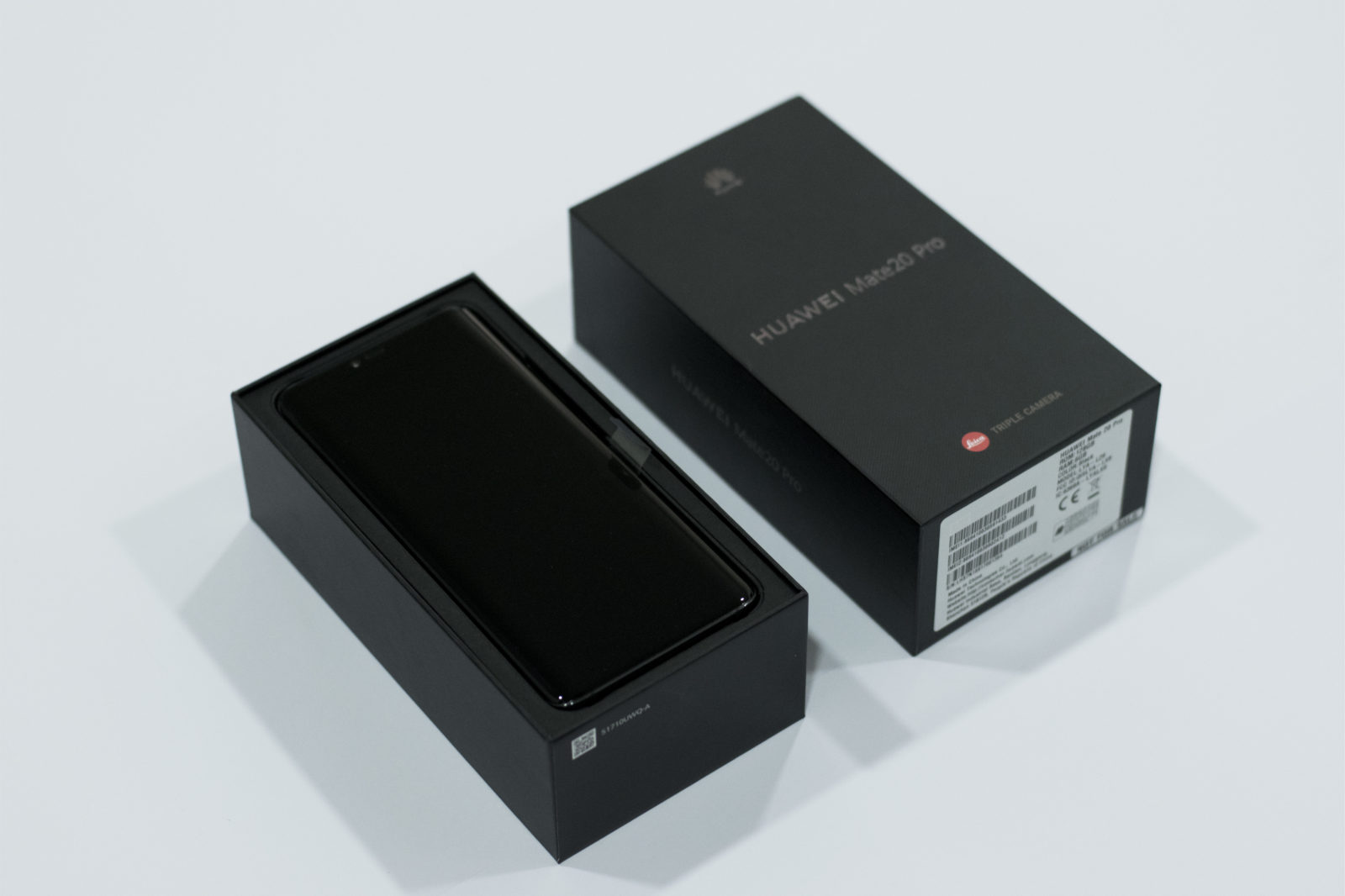 Remove the upper part of the box and you are greeted with the Mate 20 Pro neatly wrapped in plastic.

Picking it up for the first time, you’ll notice that despite its large size, it’s still very easy to handle.

For now, let’s put the device aside and move on to the rest of the contents of the box. Here you’ll find an included silicon case, which is nice for protection before you get a better-looking case for your new shiny Mate 20 Pro. 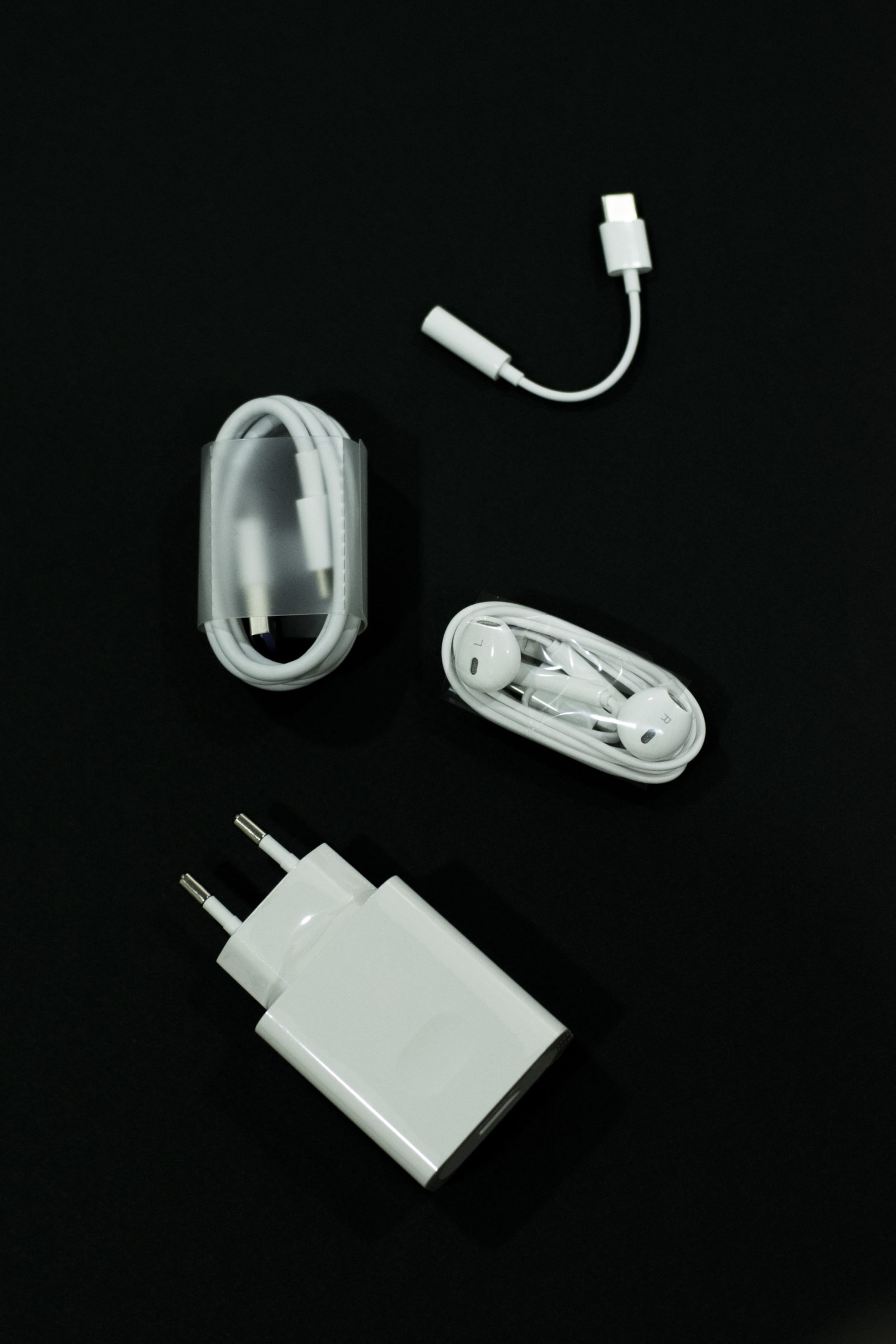 Moving on, there’s a bunch of accessories. First off, you get a 40W charging brick right out of the box and it has a nice weight to it, giving it a premium feel too. You also get a USB Type-A to Type-C cable and a pair of Type-C earphones. In case you still insist on using your standard 3.5mm earphones, Huawei has also bundled a Type-C to 3.5mm adapter.

With the unboxing out of the way, let’s move on to the device itself.

Picking up the Mate 20 Pro, there’s no doubt that it’s a premium device, in terms of the look and feel of the phone. The design feels a bit similar to the Samsung Galaxy S9+, with the curved glass both on the front and the back, which gives it a seamless feel in the hand and much better than what was done with the Mate 10 Pro.

The weight has also increased over its predecessor, which is not a bad thing at all. 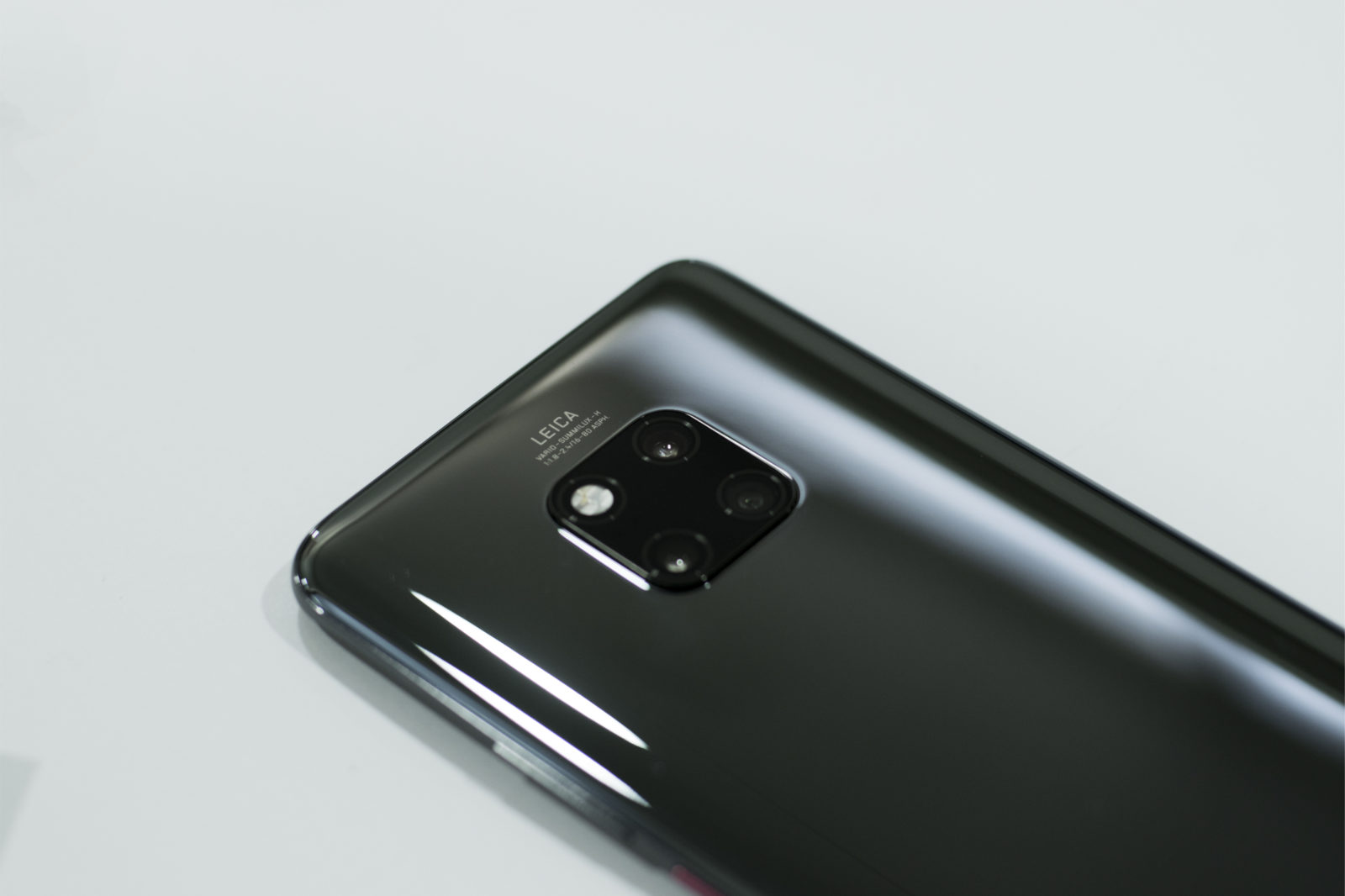 On the back of the device, you find the triple camera set up along with the LED flash, all enclosed in a single squared off space. Some people mistook the Mate 20 Pro for having 4 cameras but that’s not the case. The cameras themselves will be discussed in detail later in the full review. 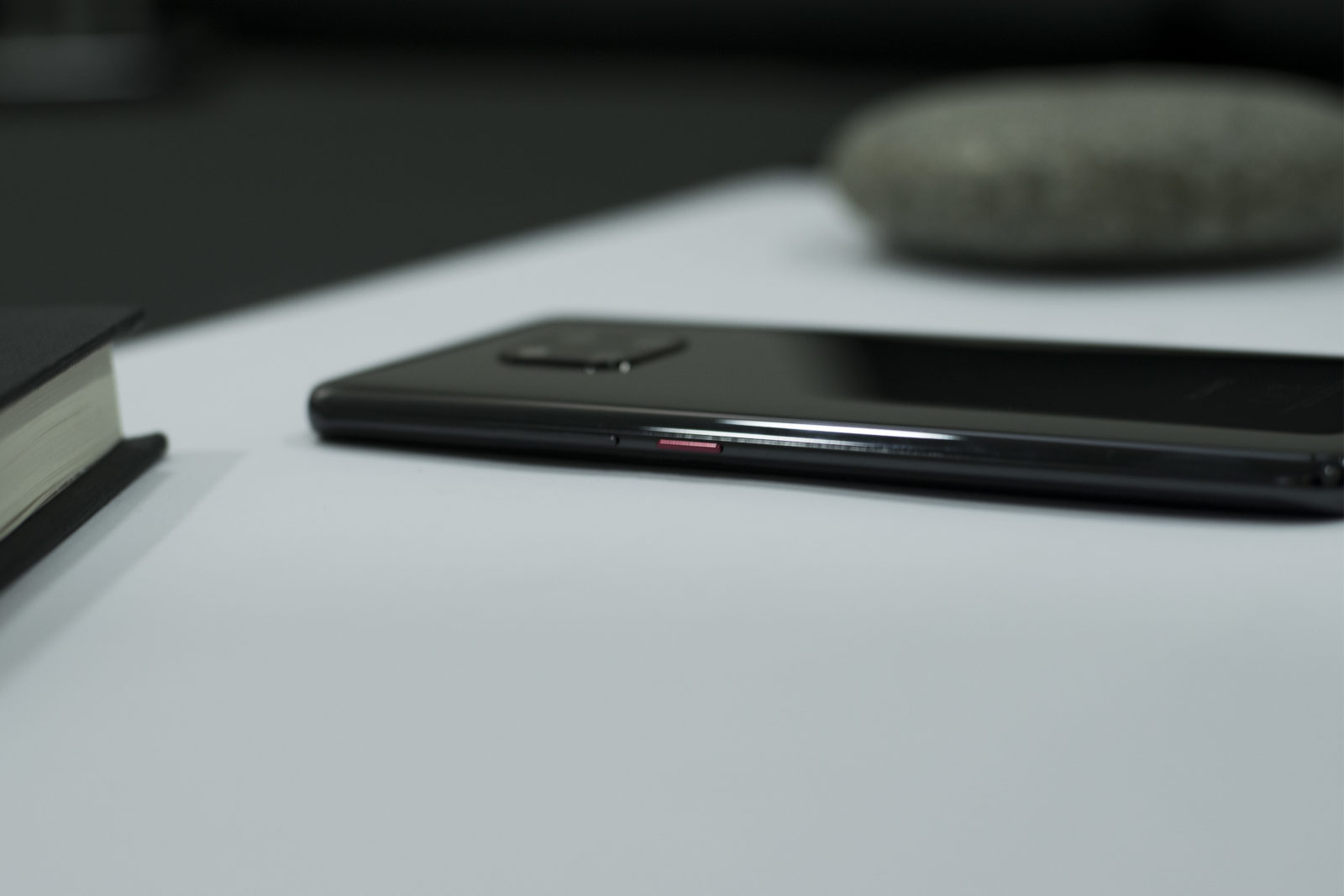 Another thing I really like about the design is the red accented power button on the right side. It doesn’t offer added functionality but does make the Mate 20 Pro look better and adds a touch of uniqueness to it.

As for the display on the front, you get a 6.39-inch AMOLED panel with a resolution of 1440×3120 pixels. Last year’s Mate 10 Pro had lower resolution than the regular Mate 10 which seemed like an odd decision to me but this year Huawei hasn’t mixed up their regular and Pro models and have used a high-resolution display on the Mate 20 Pro.

In my short time with the device, the display looked just magnificent. The colors were bright and vibrant and the blacks were deep and the contrast was nice as well. Given the resolution, it was sharp as well and anything displayed on the screen looked spectacular.

The curved edge reminds you of the S9+ and I won’t blame you if you mistake it for the Samsung phone with the screen off. However, what’s a bit more concerning is the edge detection on the Mate 20 Pro. I found that when holding the device casually in the hand, there were a few unintentional touches on the screen.

I’ll have to take a closer look in the coming days and will talk about these issues in the full review.

Initial impressions of the camera were positive as well. Huawei has ditched the monochrome sensor and went with a wide angle lens this time around, which, to be honest, adds more functionality to the camera.

Images taken in artificial lighting were great as well as in outdoor conditions. There was, however, some over-sharpening happening in the images which has always been a weak point for Huawei phones.

For now, we’ll have to take the initial camera results with a grain of salt and focus on it more when the full review lands.

Some other standout features of the Mate 20 Pro include an in-display fingerprint scanner and IR facial unlock. Both of these unlock methods worked fine, as they should.

Once again, this is just a first impression of the Mate 20 Pro. Keep a look out for the full review coming out in a few days.