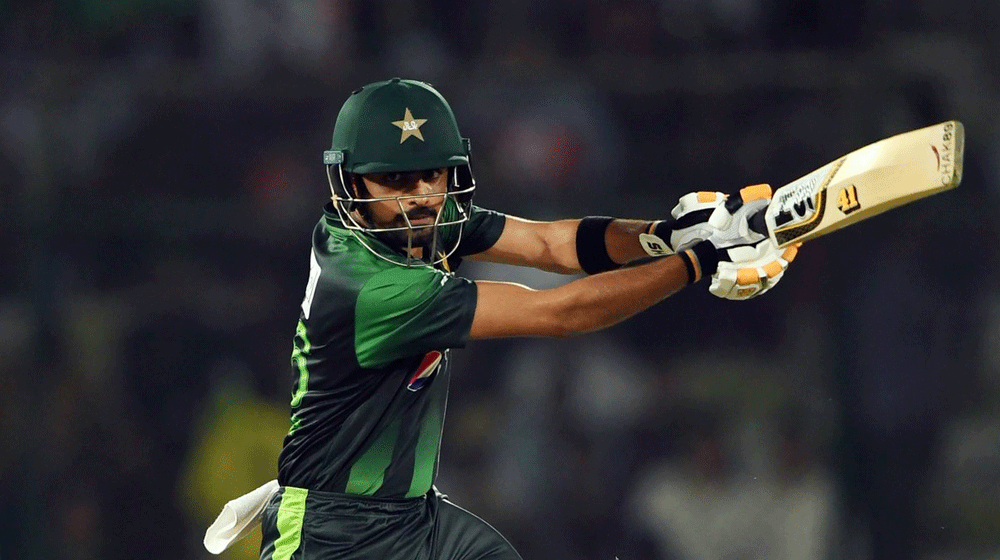 Babar Azam’s two Twenty20 fifties in the three-match series against Australia powered him to the top of the International Cricket Council (ICC) T20 Rankings for batsmen.

Babar has been phenomenal with the bat lately and smashed fifty or more on 4 occasions in the in last five T20Is. His latest numbers in the series against Australia were 68*, 45, and 50.

He scored 163 runs in three matches with a strike of 117.26 and an average of 54.3. His sensational form has placed him at the top of the chart.

The 23-year-old right-arm batsman was fifth on the list before the start of the series. He jumped four places to occupy the top slot with 844 points.

BREAKING: Babar Azam is now the No.1 batsman in the @MRFWorldwide ICC T20I Batting Rankings!

Australian skipper Aaron Finch, who failed in all three games, is now second on the list with 839 points. India’s Lokesh Rahul is third in the rankings with 812 points.

New Zealand opener Colin Munro has gained one slot to be placed on the fourth spot; whereas, Fakhar Zaman’s failure in the first two matches gave him a jolt as he lost three slots to slip down from 2nd to the 5th position.

Most exciting and probably the historical development has been seen in the bowlers’ rankings where the leg-spinners have captured all top five slots.

Rashid Khan, Shadab Khan, Ish Sodhi, and Yuzvendra Chahal held on to their respective positions in the top four; Adil Rashid was the newest to join them on number 5.

Imad Wasim, who made a remarkable return against Australia, has also broken into the top-ten.

From the Australian side, Billy Stanlake’s 7 wickets pushed him into the top ten where he sits just ahead of the 10th ranked Imad Wasim. He’s the only fast bowler in ICC’s top ten bowler’s list.

Meanwhile, the clean sweep has strengthened Pakistan’s number 1 spot. The team currently has 136 rating points, followed by the distant second, India, with 124 points.

On the other hand, Australia lost multiple points while retaining its 3rd rank from the 4th English side by a fraction of a point. Pakistan’s upcoming opponents, New Zealand are currently ranked 5th and are just two point behind the third and fourth-ranked sides.